A brief history of coups in Turkey 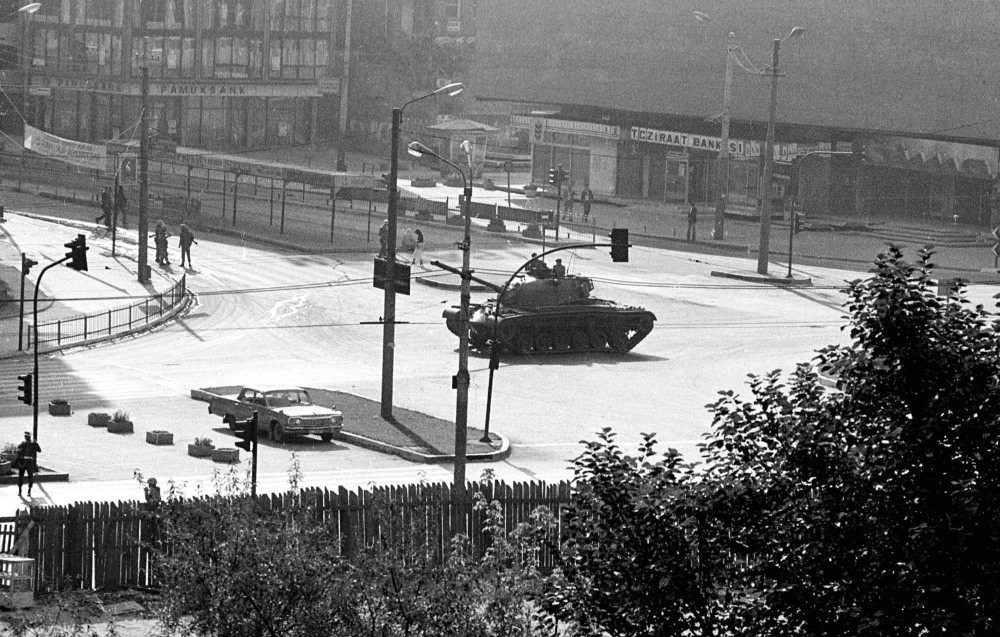 History is full of coup attempts used by certain groups to gain power. From the late period of the Ottoman Empire to the present day, Turkey has seen successful and failed coups many times with varying results

The administration of the Ottoman Empire was divided into three bodies: 1. "Ulama," the religious scholars, 2. "Kalamiya," the group representing the central and rural bureaucracy, 3. "Sayfiya," the military staff.

The harmony and balance among these three classes are like the legs of a trivet managed by the imperial palace. If this balance was to destabilize, the palace was the one to suffer the consequences. The palace fully took over the administration at times, as happened during Sultan Murad IV's rule in the 17th century. However, these three classes usually remained obedient to the palace side and kept their potential powers separate to the sultan's authority.

By abolishing the Janissaries and limiting the authority of the ulama and viziers, Sultan Mahmud II strengthened the central authority. The Tanzimat Reforms in 1839 paved the way for bureaucrats to regain power. After a failed attempt to break this authority, Sultan Abdülaziz was dethroned in 1876 with a military-bureaucrat coup. Sultan Abdülhamid II inherited the throne, he managed to regain the authority in the palace just like his grandfather Sultan Mahmud II did. After the Young Turk Revolution in 1908, the power passed to the soldiers acting in harmony with the bureaucrats. From that day forward, governments have come and gone in Turkey, but the civil and military bureaucracy has always kept its power.

Throughout Ottoman history, there have been many mutinies and coups started by the soldiers supported by bureaucrats or the ulama. The sultans lost their thrones on 11 occasions, three of which resulted in the sultan's death. In one instance, coup plotters who wanted to dethrone Sultan Aziz deceived the soldiers by saying, "Russians will kidnap the sultan; we are off to protect him."

A counter-coup was organized on March 31, 1909, known as the "March 31 Incident," against the Young Turks who had broken Sultan Hamid's authority. Through this failed coup, Sultan Hamid was removed from the throne. Britain is said to have organized the coup, as the British government wanted its own power against the Germans' or the Committee of Union and Progress. Afterwards, the oppositions were abolished.

Despite dethroning Sultan Hamid in 1909, Young Turks realized political authority was still in the hands of the bureaucrats and started complaining, "Then why did we stage this revolution?" In 1913, Enver Bey, a young military officer, invaded the "Bâb-ı Âli" (The Sublime Port), the center of the empire at that time. He shot the War Minister and forced the Grand Vizier to write a letter of resignation. In the aftermath, the recruits, who had no administrative skills, but rather tended to read poems at beerhouses in Thessaloniki, became the only rulers of the empire. They managed to bring the empire to ruins within five years.

Young Turks placed the idea of resistance in the minds of some soldiers and civilians who thought themselves as idealists so that they could stage a coup and take over power whenever they wanted. It is safe to say that regardless of gun power, it is impossible for a coup without any external support to succeed.

The loss after the coups

Republican history has witnessed numerous failed and successful coups. The reason behind this is that the Republican People's Party (CHP), who came to power with a military/civil coup, followed the policy of strengthening the military as much as possible so as to secure its position. Those with guns are always powerful arbiters. Malaparte's book titled "Coup D'etat: The Technique of Revolution" (1931) provides many points on this matter. However, the ideal way is the ruling of the rightful and not the rule of those who have military power. Trying to take possession of something over which you have no right is precisely what coup plotters attempt to achieve and it often results in something terrible and villainous. There is no rule that states all people must like the government in power, but the right way of choosing a government is through politics and not military muscle. That is why no coup has brought better conditions to Turkey than those that existed before it; the country deteriorates and the winners have always been the others - those that manipulated the coup plotters to undertake the treasonous task.

Could the transition to democracy with U.S. pressure in 1945 and Democrat Party's coming to power in 1950 be counted as a modern coup against the single-party (CHP) regime? Including the period of constitutional monarchy that was ruled by the same groups, could the single-party that ruled the country with an iron fist for 40 years have transferred power easily? So much can be said about this.

No matter its faults, a political party (Democrat Party), which should no doubt pay for its actions through politics, was crushed by the 1960 military coup, despite the fact that it was liberal and democratic. The fine-tuning to the regime was orchestrated by the CHP, which lost its power through the military. Nevertheless, it was claimed that the Anglo-American block was behind the coup, as they allegedly wanted then Prime Minister Adnan Menderes, who had naively objected to CIA operations in Turkey and dared to form an alliance with Iraq, to be pushed out of power.

A romanticized counter-coup attempt orchestrated by Military Academy Commander Colonel Talat Aydemir in 1962 resulted in disappointment. Yet politician İsmet İnönü, who was trained by the Young Turks and assigned prime minister by the coup plotters of 1960, only had Colonel Aydemir retire since he was sympathetic to Aydemir due to his secular thoughts. However, retired colonel Aydemir, having failed in his first attempt, dared to stage another coup next year with officers affiliated with him. This was also unsuccessful and he went to the scaffold.

Another counter-coup staged on March 12, 1971, which is said to have been orchestrated by pro-Soviet military officers, ended with no bloodshed since then Prime Minister Süleyman Demirel yielded to the military. It is said that the U.S. was behind the March 12, 1980 military coup as a part of their "Green Belt" project against the Soviets. It is further claimed that the U.S. supposedly created the suitable environment for the coup by actively causing bloodshed and anarchic in Turkey. Since the terror came to an end right after the coup, the people applauded those who saved them from fearing for their lives, as it is in all accomplished coups.

Since it took place without tanks and bloodshed, the coup on Feb. 28, 1997, which was staged against the government that opposed the Americans for one reason, is known as the post-modern coup. However, the effect of this post-modern coup was bigger than the two previous ones. No coup or revolution that is not supported by the period's global political or economic powers has succeeded yet. This statement applies to the French Revolution, the October Revolution and the Young Turks Revolution.

Education systems around the world aim to raise people that can be easily manipulated. With this indoctrination - mostly in third world countries - the idea that soldiers are more patriotic than civilians and each officer has the potential of becoming a Napoleon, Enver Pasha or Mustafa Kemal Atatürk is instilled in the consciousness of students at military schools. These kinds of military coup attempts do not surface in developed countries where democracy is a lifestyle and people are busy with their own business and do not create new problems for the government. Moreover, it might be thought that a fully functioning liberal democratic system does not interrupt the flow of international capital.
RELATED TOPICS