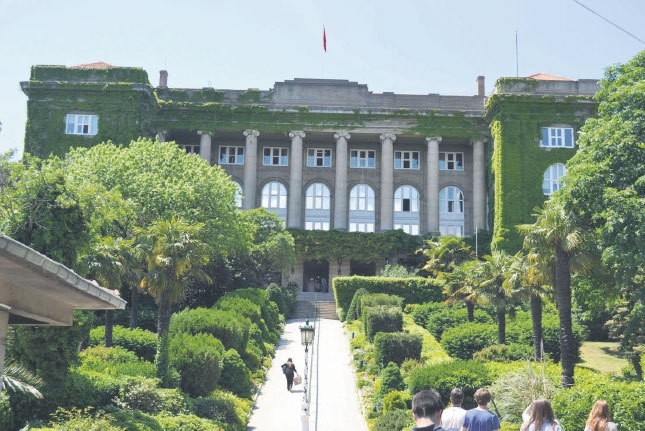 There are some symbolic examples of how American soft power embodied itself in Turkey like Robert College. To gain nationwide recognition, the Gülen Movement has also used the same strategy, spreading its ideology through schools. However, they both failed, notably after the July 15 coup attempt, as Turkey has already created its own soft power, which is now much more effective

The Robert College of Istanbul located in the city's uptown Arnavutköy district facing the Bosporus is a good place to start a discussion on Turkish-U.S. relations. Situated in the heart of Istanbul between the city's two bridges – Fatih Sultan Mehmet Bridge and the Bosporus Bridge, recently renamed the July 15 Martyrs' Bridge – this school is one of the U.S.'s significant soft powers.

Established by Cyrus Hamlin and Christopher Robert in 1863, Robert College has remained a symbol of prestige and inspiration since it was established as a private, educational institution. The first American school to be established abroad, Robert College was a source of inspiration for its successors. The school is a bridge to the world, aimed to win the hearts and minds of the international community and bring the U.S. to the world stage in academia. A number of prominent names from the cultural, political and art scene are graduates of Robert College; the most notable of those including Nobel Laureate Orhan Pamuk and late-Prime Minister Bülent Ecevit. 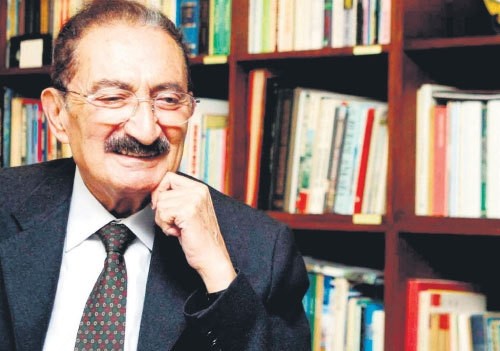 On the other hand, the Gülenist Terror Organization (FETÖ) has embarked on attempts to use these schools as a means to reach their own goals. One of FETÖ's philosophical statements regarding their own schools was inspired from the philosophical statement of Robert College which reads, "To capture Turkey, Christian missionaries chose the Rumelian Fortress, where Ottoman Sultan Mehmet II took preparations for Istanbul's conquest. We should take the same road by establishing colleges." Not surprisingly, the Gülen Movement named one of its debut educational institutions "Fatih," to gain nationwide recognition.

In any case, Robert College, which opened during the late Ottoman era, became a powerful tool in building Turkish-U.S. relations. Despite French being the dominant international language at the time, Robert College took its place as an English institution in the early Republican era. 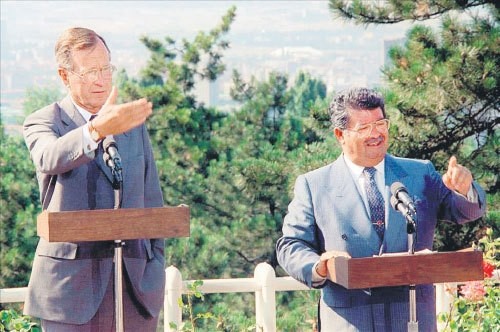 With the rising threat of communist expansionists following World War II, the relations between Turkey and the U.S. were strengthened. The U.S.'s soft power embodied in Robert College reached different segments in the public. An American bazaar in Istanbul's Tophane neighborhood, where American soldiers' second-hand clothes were sold, was very popular during that time. Of course, second-hand clothes were not the only thing available in the market. English books and music were also available at this bazaar, allowing the military collaboration to penetrate popular culture.

Over the years, Turkey became a country that aimed to establish itself as a "little U.S." Turkey's main political pulse used to be taken simply by gauging the closeness of their relations with the U.S. Leftists were considered to be anti-American while the right wing was regarded as "pro American." On the other hand, FETÖ preferred to disguise itself behind the latter, even from its earliest days.

The goals for political reform of the late Turkish Prime Minister Turgut Özal, who took office after the 1980 military coup and would later become Turkey's eighth president, were centered around aims to make Turkey resemble the U.S. During his term in office, Özal's administration established Turkey's first shopping mall, Galleria Ataköy, which opened in Istanbul. The first McDonald's in Turkey was also opened during Özal's term in office. Moreover, movie theaters started to screen American films. America enjoyed its zenith as a soft power during this time as children even played in the streets in Rambo character as a symbolic example of Turkish fascination with American culture during the time.

In the 1980s Turkey embraced everything that came from the U.S. The brain drain from Turkey to the U.S. accelerated and "Work and Travel" programs, highly popular during the summer months, became a way to foster closer relations between various social segments and the U.S.

The 1990s were also a hectic time in terms of internal political turmoil but the unwavering presence of America as a soft power remained, attributable mainly to the trickle-down effect of political loyalty to the U.S. by Turkish political leaders. An iconic example of this is evident in one key alumni of Robert College, former Prime Minister Bülent Ecevit, who met with former U.S. President William "Bill" Clinton in an iconic meeting at the White House.

In the 2000s, Turkey gained self-confidence with the Justice and Development Party's (AK Party) government that began to shift Turkish political relations away from the U.S. The American government was no longer seen as an absolute power but as an ally for collaborative political efforts. Setting aside its previous star-struck fascination for American TV series and American films, Turkey began to produce its own films which stole the hearts of the public and revived public sentiment for Turkish film culture. Turkish language courses also became popular in neighboring countries as a result, with sister nations sharing a fascination for Turkish films.

The American influence on Turkey has widely diminished since Turkey established itself in the region as its own soft power. Turkey's rising power caused unease in some; namely, members of the Gülen Movement, resulting in it eventually manifesting itself as a terrorist group. This is the unfortunate result of their ultimate aim to represent Turkey on the world stage.

In the wake of the July 15 failed coup attempt, the U.S.'s soft power has now experienced its biggest blow, now being eroded by the Turkish public. A large majority of Turkish society believes that the U.S. is behind this coup attempt. An important factor that encourages this view is that the main figure behind FETÖ still resides in Pennsylvania. Following the failed attempt, many people including Robert College graduates like Nobel laureate Orhan Pamuk have denounced the coup.

The U.S.'s soft power, which existed in Turkey for more than a century, is about to embark on an irrevocable path fueled by military passion and measureless vision. The U.S. is on the brink of losing its respect in the Turkish public where it once had a star-studded presence. The country that once stole the hearts and minds of Turks will now be remembered for its brute force. Hamlin and Robert would probably be sorry to see that history has brought us to this point.
RELATED TOPICS