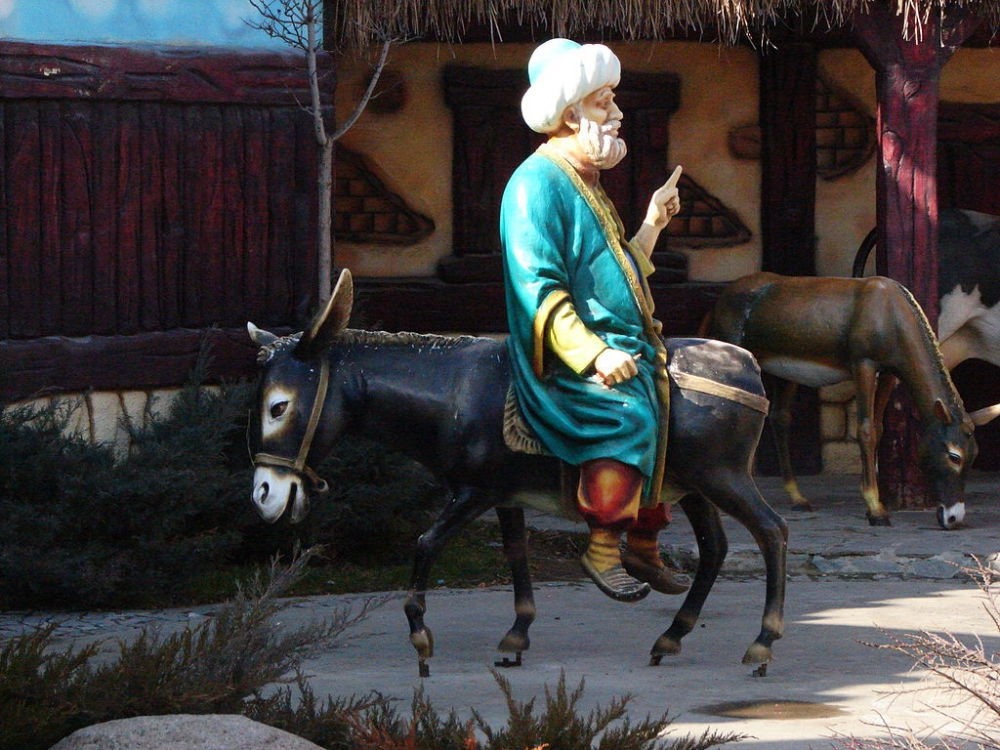 Reputedly born in the 13th century in Anatolia, Nasreddin Hodja is a symbol of Turkish humor through his legendary wit. Being the subject of hundreds of stories and plays, Nasreddin Hodja's witty anecdotes still make the rounds, often to impart wise advice

Through his witty humor, wise jokes and short anecdotes, Nasreddin Hodja has done more than just make us laugh, teaching us valuable life lessons on being less judgmental and more thoughtful.

Children have listened intently to Nasreddin Hodja's stories told around camp fires and wise men have gathered to listen to his words while women also take his teachings as advice. Nasreddin Hodja's anecdotes have traveled over land and sea, making their way into the hearts and minds of tribal members of various cultural backgrounds. From the Turkic world to Persian, Arabian and African cultures and along the Silk Road to China and India, his stories have been enjoyed by millions. So who is Nasreddin Hodja - and did he really even exist? 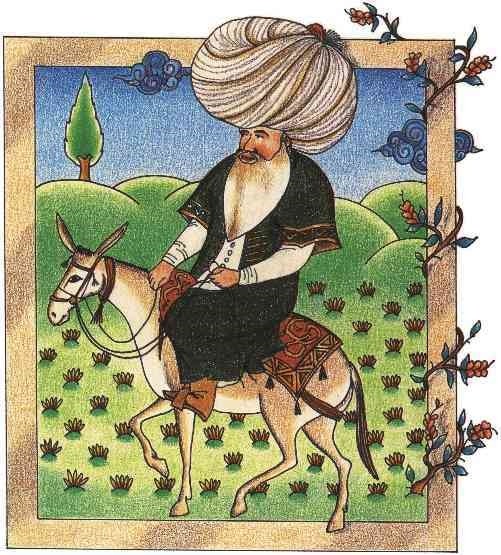 Often depicted in illustrations as a white-bearded imam with his head wrapped in a turban, wearing a frock and riding a donkey backwards, Nasreddin Hodja was, in fact, a real person. Born in the village of Sivrihisar in the Turkish province of Eskişehir in the year 1208, Nasreddin Hodja was a well-educated man. His first name, Nasr-ed Din, means "victory of faith" while his surname, Hodja, means "master" or "teacher" - and Nasreddin Hodja undoubtedly lived up to his name. A philosopher with a good sense of humor and the ability to convey symbolic messages through storytelling, his uncanny ability to highlight the social problems of his time by his use of humor was legendary. Nasreddin Hodja often addressed the connection between wealth and social problems, attributing the habits of the wealthy to the problems faced by society. Nasreddin Hodja was not only a storyteller, often reenacting his stories through real live events. His patience and sharp wit would often leave people in awe, albeit outraged at times. Nasreddin Hodja passed away in 1284 in the province of Akşehir, claiming his stake in Turkish folkloric culture. The memory of his life is celebrated annually in Akşehir where he was buried in a tomb. The International Nasreddin Hodja Festival, held every year from July 5-10, is attended by artists, poets, writers, musicians and filmgoers who keep the memory of Nasreddin Hodja alive. In 1996, Nasreddin Hodja was honored by UNESCO for his contributions to society. Here are some of his witty stories.

'Take it to the roof'

Nasreddin Hodja's home was a dilapidated one, with a leaking roof. One day, when his wife became fed up with the constant sound of raindrops plopping as they filled a pot she used to catch the leakage, she asked her husband to fix the roof. After borrowing a ladder from a neighbor, Hodja clamored to the top of the roof with great difficulty, where he had just begun to work when he heard a knock at the front door. Peering down from the edge of the roof, Nasreddin Hodja saw a stranger standing as his front door. "I am here," he yelled to the guest. "What is it that you want?" The stranger replied, "Please, come down, I have something to say to you." Intrigued by this, the Nasreddin Hodja descended the roof precariously. Once he made it to the ground, the Hodja asking him again how he could help. "You must give alms," replied the strange man. "Can you spare me some alms?" Nasreddin Hodja hesitated before telling the man to ascend the roof with him. With Nasreddin Hodja at the front and the man trailing behind him and short of breath, the two climbed the ladder to the top of the roof. It was there that the Hodja turned to him and said, "I don't have any alms."

The Hodja went to a hamam (Turkish bath) but because he was dressed poorly, the bath attendants would not pay him much regard. Thinking that the Hodja would underpay them at the end of his visit, the attendants refused to heat the water for him or use perfumed fragrance on the bath towels. "This man will not pay us well," they muttered. So, the Hodja took a cold bath and dried himself using threadbare towels. Upon leaving, he gave the attendants a gold coin. They were very surprised and pleased and the next time he went to the hamam, they gave him the best of service with steaming hot water and fragrant, fluffy towels. This time, when the Hodja left the hamam, he gave them the smallest, copper coin. "What is wrong, Hodja?" they asked. "Were you not pleased with your bath?" the Hodja replied, "This copper coin is to pay you for the bath I got last time. I have already paid for the bath I got today."

Nasreddin Hodja was named the Kadı of Akşehir. One day, two men who were in a dispute came to him and asked him to resolve their conflict. The Hodja listened to the plaintiff first.

"You are right," he said when the plaintiff had finished speaking. Then, the Hodja listened to the defendant.

"You are right," he said to the defendant as well. Everyone in the room was perplexed, with one observer even protesting his response.

"Kadı Efendi," he said, "You agreed with both of the parties. The dispute can't be settled if you say 'you are right' to both of them." Nasreddin Hodja considered for a moment, then he said: 'You are
right, too.'

A Persian resident of Akşehir received a letter from his relatives in Esfahan. Since he was illiterate, he brought the letter to Nasreddin Hodja to read it for him; however, the Hodja did not speak Persian.

"This is written in Persian," he grumbled, "I can't read Persian!"

"Hodja Efendi, Hodja Efendi," the Persian said, very upset, "you are wearing a mountainous turban that signifies your educational status and you can't even read a letter?" Hodja considered for a moment and then took his turban off and handed it over to the Persian.

"Efendi, if it is the turban that does the trick then be my guest, you wear it and you read the letter!"