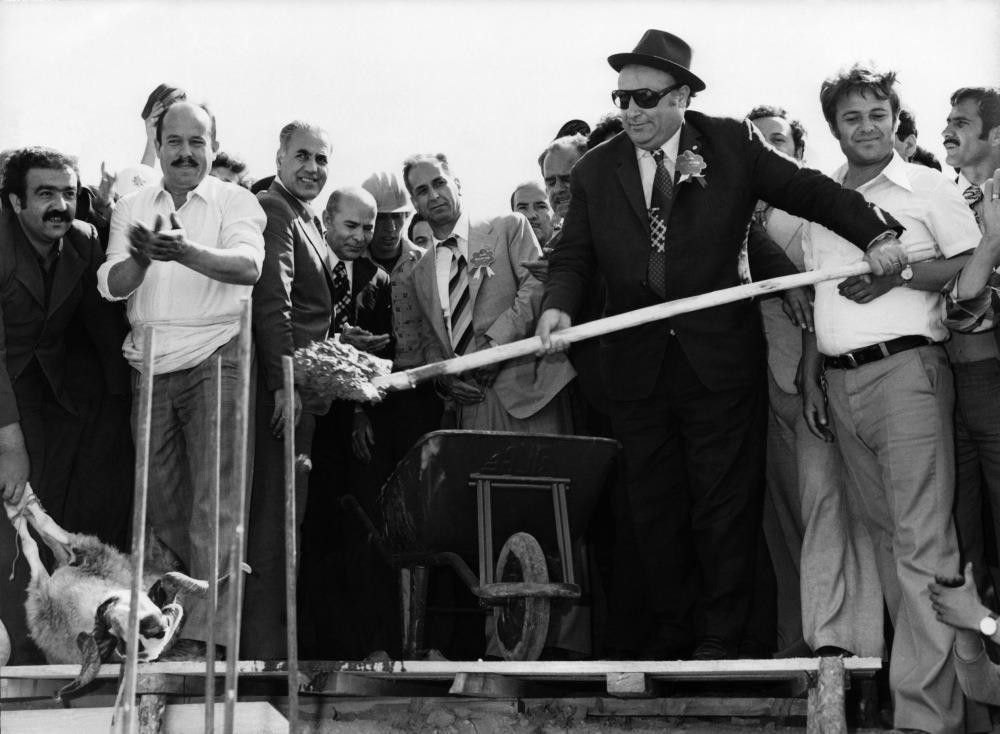 Late Prime Minister Su00fcleyman Demirel (R) at a ceremony. Demirel was forced to resign right after the 1971 military memorandum.
by Ekrem Buğra Ekinci Aug 19, 2016 12:00 am

In the late 1960s, Turkey was experiencing hard times economically that brought unrest around the country. On March 12, 1971, a military memorandum was issued to ‘restore order,' but it is widely referred to as the military's second intervention in the Republican era eleven years after the 1960 coup

Following the May 27, 1960 coup, a social democrat, liberal constitution was formed and brought under control of the civilian government authority through institutions like the Constitutional Court (AYM). This era overlapped with the years of the Cold War when tensions were at their peak. Turkey's socialists managed to acquire a considerable place in politics and earned representation in Parliament thanks to the election system that time. The groups in favor of a communist revolution openly laid their cards on the table. However, this boldness caused a reaction in Turkey where people saw themselves under the threat of the Soviet Union all the time.

Socialist youth groups held legal protests against the U.S.'s 6th Fleet that was visiting Istanbul on Feb. 16, 1969. On the other side, the Association of Struggle Against Communism, which was rumored to be secretly supported by the CIA, protested against these demonstrations, which they considered to be communist propaganda under the cover of U.S. opposition. Two students were killed in the incident known as "Kanlı Pazar" (Bloody Sunday). Meanwhile, a constitutional amendment proposal regarding returning the rights of those who were banned from politics after the 1960 coup were brought to Parliament. The proposal, which came to Parliament on May 14, 1969 disturbed the military. Then President Cevdet Sunay and the government's efforts prevented the coup that was scheduled to take place on May 16. A snap election took place and on Oct. 12, 1969, the Justice Party (AP) under the leadership of Süleyman Demirel increased its votes and came to power. Tens of thousands of people poured into the streets on June 15 and June 16, 1970, upon the enactment of a law that limited workers' rights to union selections and the provocations of socialist unions. Martial law was imposed. Devaluation and the increasing number of student movements at universities fueled the unrest.

A group of military officers under the leadership of retired Gen. Cemal Madanoğlu, who participated in the 1960 coup, planned a leftist coup on March 9, 1971. The coup plotters, supported by socialist journalists such as Doğan Avcıoğlu, Mümtaz Soysal and İlhan Selçuk, were a radical group who called themselves the National Democratic Revolutionists. They were planning to govern Turkey with a single party, the Revolution Party, just like the Arab socialist Baath Party.

The military was alarmed on the night of March 8, but nothing happened. The spies who had infiltrated the junta uncovered the coup plot. Then commander of the Turkish Land Forces, Gen. Faruk Gürler and commander of the Turkish Air Force, Gen. Muhsin Batur, were involved in junta, yet they managed to retreat upon learning that the General Staff was aware of the intelligence. The lower-ranking would-be putschists were forced to retire.

Kill two birds with one stone

When the counter-coup took place, the high ranking officials in the military issued a joint memorandum to the government, which they accused of allowing the country drift into chaos. The memorandum, which stressed Kemalism, was broadcasted on the Turkish Radio and Television Corporation (TRT) public broadcaster during the news at 1:00 p.m. Republican People's Party (CHP) deputies applauded while the memorandum was being read at Parliament.

In other words, they killed two birds with one stone. Political power was overturned and the radicals in the military were discharged. While the upper hand in the military was taken over by liberal officers who were pro-American, the possibility of any civil war was ruled out. Then Chief of General Staff Gen. Memduh Tağmaç intimidated President Sunay on March 9, saying that the young officers are disturbed. However, before the young officers took action, high-ranking officers orchestrated the coup. Sunay was relieved and the burden on his shoulders was lifted and everybody except for AP sympathizers supported the memorandum. 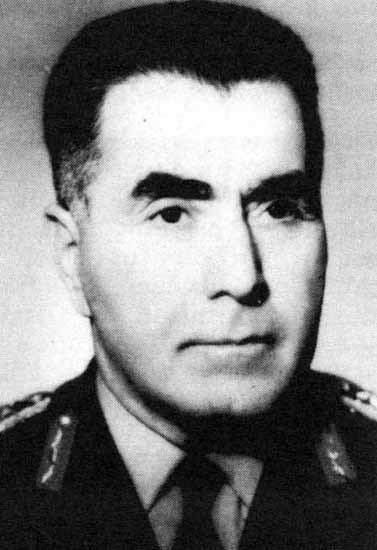 The memorandum was issued to a right-wing government, but the activities of left-wing organizations caused the military intervention in the first place. The number of organized terrorist activities and clashes with the police fueled by socialist students who were mostly provoked by scholars at Middle East Technical University (ODTÜ) starting from early 1970 increased. A student from Istanbul University, Deniz Gezmiş, who was later romanticized and mythologized by socialists, committed various crimes with his friends from bank robbery to kidnapping. They even kidnapped four U.S. soldiers eight days before the memorandum. The ODTÜ chancellor, who resisted the police and did not surrender the students, was Erdal İnönü, the former President İsmet İnönü's son.

Each of the four coups that have taken place in Turkey have had different characters. Unlike the May 27, 1971 coup, the memorandum issued on March 12, 1960 can be characterized as a coup orchestrated by the entire chain of command. As opposed to the 1960 and 1980 coups, the constitution was not suspended and Parliament and political parties continued to exist. The putschists who took lessons from the 1967 to 1974 Greek junta, aimed for a so-called unbiased technocrat government by forcing the acting government to resign.

Known for his mild personality and intra-party opposition, CHP Deputy Nihat Erim resigned from the CHP and formed a government functioning above partisanship. Many laws in the 1961 constitution, which was considered too liberal, were changed. Avcıoğlu criticized the putschists for sharing the government with Parliament with his motto: "Correct diagnosis, wrong treatment."

The consul general of Israel in Turkey was kidnapped by communist militants Mahir Çayan, Ulaş Bardakçı and Hüseyin Cevahir on May 17. When their demand for the release of their friends Deniz Gezmiş, Yusuf Aslan and Hüseyin İnan were not met, they killed the consul general. Instead of putting an end to terrorist activities, they increased. The government tightened measures. Radical leftist parties and unions were shuttered. Communist militants were sentenced and some were executed. This is why the 1971 coup, which took place with the support of leftists, is presented as a right-wing coup, at least against leftists. The fact is that it should be considered an anti-communist movement under the influence of the context of the Cold War. With the memorandum, the system founded by the 1960 coup was reorganized and there were efforts to strengthen civilian authority.

With the support of intelligence authorities, other right-wing parties were formed to make the AP lose votes, working to get votes from right-wing citizens who constituted a significant constituency across the country.

The leaders of right-wing parties like Necmettin Erbakan and Alparslan Türkeş came to the forefront. It was the same time that Fethullah Gülen started his political activities. He had an important role in the AP's loss of power by dividing the Nur Movement, Turkey's largest religious group established by Said Nursi that time, which was pro-AP. Gülen was also a member of this movement.

Another interesting incident that happened in this period was when İsmet İnönü, who was still a fierce politician at 89, lost the CHP Leadership in 1973 and handed it over to Robert College graduate and journalist Bülent Ecevit, who was ambitious enough to make the CHP a party for all as it was losing power under the motto "Left of the Center."

Ecevit had stepped down from the CHP's general sectary position as he protested the 1971 military memorandum that lasted two-and-a-half years. Following the 1974 elections, Ecevit and Erbakan formed a collation government. Years later, leftist militants killed Erim as revenge for the 1971 memorandum.
RELATED TOPICS