So tired of twisted truth 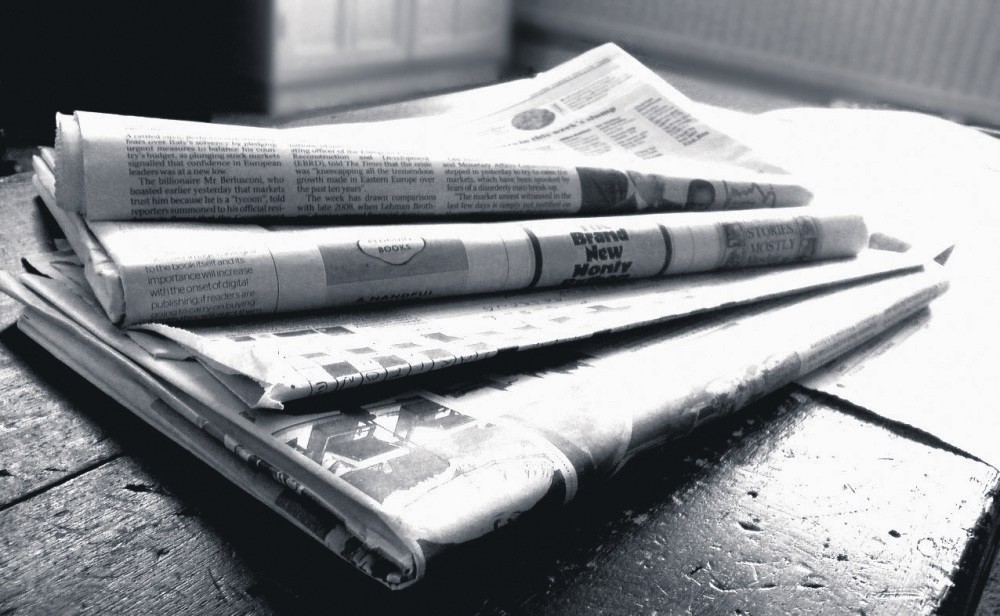 As one reads the newspapers these days, the urge to throw them down on the floor in exasperation is overwhelming. Fortunately, most are on my laptop, so throwing it on the floor is not actually a sensible option. But the fact remains the same: Twisting the facts in Turkey seems to be a new game

As an example, there was a ridiculous statement made recently by the Swedish Foreign Minister Margot Wallström. She claims that the law in Turkey has been changed to allow sexual relations with 15-year-old children to go unpunished. She received this "information" from a news ticker headline displayed at Schwechat International Airport in Vienna. That is, acting without any sound knowledge or investigation, merely driven on by reports from a media ticker that denies any responsibility for what they put up on the wall of the airport, Wallström tweeted: "Turkish decision to allow sex with children under 15 must be reversed. Children need more protection, not less, against violence, sex abuse."

If Wallström had done her homework, she would have realized that the reason why the law penalizing sexual relations with minors had been annulled was due to legal requirements. The law that punishes any sexual crime with children 15 and under is actually still in effect; what happened was that the Turkish Constitutional Court has decided that this law needs to be reevaluated. Any such law should be graduated to allow for different punishments for different age groups, and different circumstances. The age of consent in Turkey is 18, and this has not changed. Rather a need to "fine-tune" the law was perceived. The law in question remains in force until December 2016, and a new law is being worked on to make sure that there will be no vacuum. Child abuse, domestic abuse - these are taken seriously in Turkey, as are all infringements of the law. To state otherwise demonstrates a deep lack of knowledge about Turkey and its legal system.

In response to this event, the Foreign Minister Mevlüt Çavuşoğlu stated: "We deplore and strongly condemn that an international airport, located in the center of Europe and used by passengers from different countries, was abused by a discredited newspaper to spread irresponsible, distorted and falsified messages that defame a friendly country and the nation."

There you go...This is what a Turkish reader of the English language media faces every day. If only the torture stopped here. But it goes on...

The Guardian writes: "Turkey to free 38,000 people from prisons to make space for alleged coup plotters;" the New York Times has a similar headline.

Once again, the story is just not that simple. Prison doors will not be flung open to let known felons wander the streets. Nor will thousands upon thousands of innocent victims, caught up in a "post-coup purge" be swept inside, protests ignored.

Turkey, like any modern democracy, has a constant struggle with maintaining its prison population. Like the U.S. and the U.K., Turkey's prisons are overcrowded, and this constitutes a burden on the tax payer. In 2013, Abdullah Gül signed a decision that made it possible for up to 15,000 prisoners to attain early parole. Again, in 2015 the law was amended to make early parole possible for more prisoners.

On Tuesday, Bekir Bozdağ announced that up to 38,000 prisoners could be eligible for early parole. The new regulation is not applicable to prisoners who have been imprisoned for crimes such as murder, domestic violence, sexual abuse, terrorism or crimes against the state. Whereas previously, prisoners who had demonstrated good behavior had to have served two-thirds of their sentence and be within one year of their release date to be considered for early parole, now prisoners who have demonstrated good behavior will have had to serve half of their sentence, and be within two years of the release date.

The doors will not be flung open wide. There will not be a flowing out of prisoners, nor a flowing in of prisoners. Those who are being released will be reviewed by a parole board, and will be subject to supervision during the parole period. In this way, overcrowding in prisons, which is a widespread problem, will be relieved. At the same time, anyone convicted of being involved in the thwarted coup that was designed to destroy democratic practices and overthrow the state will undergo a fair trial. If found guilty in a court of law, these people will be imprisoned. Whether or not these people are soldiers, police, journalists, teachers or lawyers, or even imams, is of no significance. Throughout Western democracies, when a person is tried for a crime, their profession is of little consequence. Oddly enough, this is the same in Turkey.

Oh, if only the madness stopped there.

Newsweek has waded in. Again.

As has been mentioned a number of times in my articles in March of this year Newsweek published an article with the title "Will there be a coup in Turkey?" The absurd nature of this article is undeniable. The author, Michael Reubens, writes: "Nor would Erdogan engender the type of sympathy that Egyptian President Muhammad Morsi did. When Morsi was ousted, his commitment to democracy was still subject to debate." There is absolutely no doubt that Recep Tayyip Erdoğan was elected to office in free and fair elections. There is absolutely no doubt that the Justice and Development Party (AK Party) was elected to government in free and fair elections. All international observers stated so. It is understandable that the high turnout (between 75 and 85 percent) makes Western commentators uncomfortable; but a high turnout for an election does not demonstrate a lack of democratic tradition.

So how does Reuben perceive Erdoğan as being less committed to democracy than Morsi? Perhaps he has interviewed the two men. Well, he hasn't. Perhaps then Reuben has a magic crystal ball that tells him what people are thinking and what is going to happen in the future? This makes more sense, as it also explains how he knew that there was going to be a coup.

Reuben continues: "Erdoğan might hope friends would rally to his side, but most of his friends - both internationally and inside Turkey - are attracted to his power. Once out of his palace, he may find himself very much alone, a shriveled and confused figure like Saddam Hussein at his own trial."

Hmmm...there was a coup. And not only did Erdoğan not find himself alone, neither shriveled nor confused, but he found himself surrounded by a nation, by people from all political backgrounds. The people who turned out fought off tanks and helicopters to make sure that their elected president stayed in power; it mattered not whether they had voted for him. The Turks came together to defend their democracy, not their president. But their president came out to help them defend their democracy as well.

Rubin ends his inaccurate predictions by saying "I make no predictions." Good way to leave the door open if you are wrong (by the way, although right about the coup, he was wrong about almost everything else) But the latest from Newsweek is even more pernicious. An article this week is entitled: "How Big is a Threat is Erdogan to Turkish Democracy." Basically the same inaccurate lines are there, and there is a total disregard for facts or the truth. Who needs facts or the truth. As always, they just get in the way of a good story.

This article is so ridiculous that one need not really read beyond the title. This title is so out of touch with reality that it is a sure bet that the article is not even worthwhile reading. The title implies that a man who was elected by 52 percent of the population - in a free and fair election, monitored by international organizations, in an election with a turnout of 75 percent - is a threat to democracy...

To give Ms. Ezrow, the author of this drivel, a chance, let's try reading the article. But the very first paragraph establishes how out of touch she is with Turkey from her university office in Essex. The first paragraph establishes just what a load of rubbish her article is: "Turkey, which was once a model for democracy in the Middle East, is skirting dangerously close to autocratic rule under its current leadership. The recent failed coup attempt led to a massive crackdown on the government's political opponents -and, in particular, the increasing personal power of Recep Tayyip Erdoğan has been a cause for concern."

The coup attempt has led to a crackdown on the government's political opponents? On the night of July 15 people from all walks of life took to the streets to defend Turkey. It was a Friday night, and many were sitting in the parks, drinking beer or wine. These people got up to fight off the tanks. They marched arm in arm: AK Party supporters, MHP supporters, CHP supporters. No one thought that they were defending a dictator. They were defending democracy. That is, the political opponents of Erdoğan were out fighting off the coup alongside his supporters.Yet the author Natasha Ezrow, sitting from her office in Essex University, has failed to see this. She perceives a crackdown on political opponents. She obviously has confused Gulenist putschists with political opponents. Gülen and his supporters are not the political opponents of Erdoğan or anyone else. They are not politicians. They are putschists, terrorists, traitors who tried to overthrow Turkish democracy. To deem them opponents is inaccurate, dangerous and frankly stupid.

What Ezrow fails to understand is that Erdoğan's increasing "power," or rather, his increasing popularity, in Turkey is due to the fact that he has invited his traditional opponents to come and join him. And wonderfully enough, for perhaps the first time ever, these opponents have accepted his invitation. People who would never vote for AK Party or Erdoğan are happy that Erdoğan is still in power, that the coup has been thwarted and are in general pleased with the way things are going in the country. Turkey has stood together against the terrorists. Turkey has stood together. It seems that Newsweek and Ms. Ezrow have failed to see this. Or perhaps they just don't want to see it... After the first paragraph a red line appears, asking the reader to subscribe. But let's accept this red line as a red line saying "Read no further. Here be craziness." Close the window and put the Newsweek to rest. If you like, you go on to the next crazy Newsweek article: "Turkey should be thrown out of NATO" (and how effective that would be for NATO...). The long list of almost constant inane insanity coming out of Newsweek makes one wonder if they have lost the plot, or if rather, they have an agenda; if the later, it is an agenda that is rather sinister, nasty and dark....Honestly, I hope they have just wandered off the page... What is above is a summary, a very brief summary, of the difficulty of being a reader of the English language media in Turkey. So many articles are so warped, so twisted, it is almost impossible to recognize one's own country. To be fair, I am sure that many readers in Venezuela, Brazil, Panama, Egypt, Syria, Iraq and Iran (and probably many, many other developing countries) feel actually the same. That is, the English media does not speak for us or to us. It speaks against us.
RELATED TOPICS