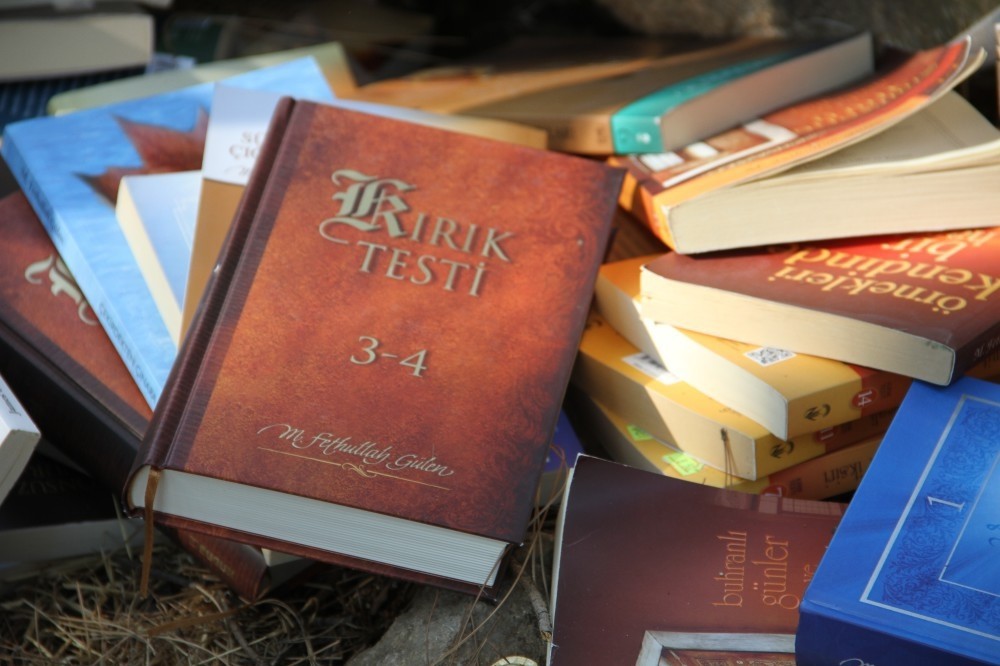 The unconditional devotion of Gülenists to their leader Fethullah Gülen has come in the limelight following a coup attempt implicating his followers. Such dedication extending to the perpetration of criminal acts has also intrigued psychologists who have come up with explanations that Gülenist adherents may have been brainwashed and subjected to mind control

The leader of a terrorist group, an authority figure of a destructive cult or simply a religious mentor... Whatever you call him, Fethullah Gülen, who is now accused of being the superior mind behind a coup attempt that killed hundreds on July 15, is nothing if not a master manipulator. 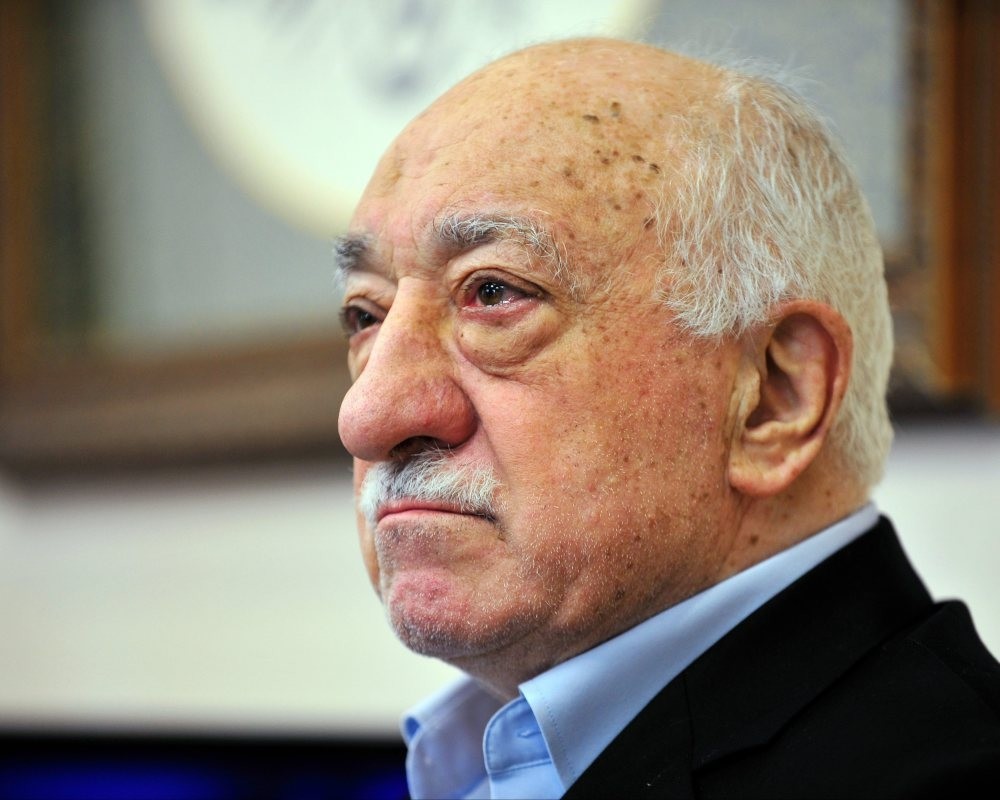 Revered with the utter devotion of his adherents verging on fanaticism, Fethullah Gülen managed to reel in hundreds of thousands of followers loyal to him since he launched the movement nearly four decades ago. He is believed to have imbued his followers with a sacred cause - or ideology - of disseminating Islamic teachings across the ends of the world and as result of longtime efforts, raised thousands of subservient followers who stood ready to obey any order given by him. Aside from his dedicated followers, there were also some outsiders who regarded him with some veneration for his efforts to promulgate a mild understanding of Islam and promote peace and tolerance.

It wasn't until decades before the group could be discredited. Some of its followers edged away from the movement when the Dec. 17 and Dec. 25 operations that purportedly aimed to topple the government through judicial means became public. Some others severed ties with it following the July 15 coup attempt - after statements by arrested army members indicated the movement was behind it and further evidence surfaced underpinning the claims. But staunch supporters of the movement stringently deny their brothers perpetrated the alleged crimes.

"I do not believe the movement can be involved in that. There is a game being played on us," says one Gülenist supporter.

"It is a blatant slander, never and ever would our leader order the murder of other people," says another.

Aside from such unwitting followers who are psychologically not ready to see their leader and group as criminals - hence remain tied to the movement - there is also a massive bulk of those, particularly in higher ranks, who planned and committed the crimes they are implicated in. They appear to be the members who leached into the military, police department, judiciary and bureaucracy, concealed their affiliation with the movement and exploited their duty in compliance with the movement's interests and orders.

Now, after numerous debates as to "what" happened on July 15 and "who" did it, the discussions have begun to hone in on the question of "how." How could the hundreds of members who once were known to be humble, well-intentioned people, merely serving religion, be coaxed to act criminally? To put it more precisely, experts are now seeking a psychological explanation to such blind, destructive devotion.Kemal Arıkan, a professor of psychiatry at Istanbul University's Cerrahpaşa Faculty of Medicine says: "The members of organizations such as religious cults, terrorist groups, military authorities and political groups can dedicate their entire lives to the ideals of the groups that they are affiliated with and could act like servants who can go to the extent of ending their lives if necessary."

Arıkan adds one common qualification that the members of such organizations share is they attribute divine power to their leaders.

The characteristics of cult-like group leaders and their perception among the group's members are regarded as highly influential, shaping the behavior of adherents. Psychological theories posit that, in religious cults, the leaders are believed to be the means for members to reach Providence, thereby commitment to them tantamounts to commitment to God.

Janja Lalich, professor emerita of sociology, also a specialist in "extremism, cults, and situations of undue influence," explains the leader's influence as, "The leader maintains that he or she is aligned with and a spokesperson for some greater authority (for example, God) or may indeed claim to be the all-powerful God. Through initial encounters with the leader or his recruiters, the member believes that this leader is the only one who can offer 'salvation' [be it, religious, political, philosophical, health, et cetera] - and the member is convinced by the savvy cleverness of the leader and his or her leadership team [inner circle] that in order to be part of the group and reach the purported goal [salvation], the member must follow the leader's 'recipe for change.' This transformational change process is what is carried out in the indoctrination program."

The divinity attributed to leaders is even more consolidated, when spiritual anecdotes circulate among its members. In this specific case of Gülenists, those who are even slightly familiar with the movement will know that Gülen claims he occasionally dreams about Prophet Muhammad, talks to him in his dreams and even receives advice from him - which are immediately fulfilled by his followers.

Behiye Özdemir, who was a student at a boarding school affiliated with the Gülen Movement says she witnessed how her female tutors [abla] would tell students some metaphysical stories about how Prophet Muhammad would appear to Gülen. Özdemir also adds that on many occasions she happened to see her tutors play recordings of Gülen's sessions and weep as they listened.

"Mind control, in other words, ruling of the "self" by others, takes place through "disassociation." Various ceremonies, weeping sessions and religious demonstrations all contribute to breeding "disassociation" - permanently or temporarily - and those who lose the unity of their mind as a result, could turn into child-like figures that are inclined to fulfill any directives," Vedat Şar, a professor of psychiatry at Koç University's School of Medicine says.

Experts agree that these Gülenists have been exposed to extreme brainwashing and mind-control, while also being instilled with a Machiavellian philosophy that approves of "any" means that would lead to their ultimate objective. And quite paradoxically, that final purpose is claimed to be religion-related.

An academic at Boğaziçi University's Psychology Department, Adil Sarıbay, asserts that the brainwashing of cult members is not achieved through drugging, hypnosis or any such exotic methods, as widely known. Some organizations resort to such ways, he says, but adds that those "would only create people who are out of their mind, not ones that can be controlled." Indeed, Sarıbay stresses that brainwashing is applied via means familiar to us from our daily lives.

"For example, while a high school student in the 1990s, I was once present at a place that I assumed belonged to the Gülen Movement. At first, they were trying to increase the frequency of attendance through a simple reward system such as treating the students to chocolate and small stuff like that or more interestingly you could play computer games there [back then, there were not many houses with computers and video game consoles]. I ran away from that place at once and never showed up again after sensing something dubious about their rewarding system. It may sound trivial to many, but one of the strongest behavioral norms of human beings is reciprocity. That is to say, when one does you a favor today, the next day, it will be harder for you to turn down a request asked from you. That way, you would feel extremely vexed at spoiling the norm of reciprocity."

Sarıbay further notes that in such structures, the members are deluded into believing that they are making a "free choice" from among the pre-determined choices presented by the group or authority. There is an effort to detach members from their social circle or weaken their relations with others to impede any kind of interaction with a critical voice that might lead to questions in their minds.

To prevent any deviation from the group, the movement even interferes with members' private lives, often choosing the person they can marry. A statement from one arrested military member that leaked to the press shed light on how the devout members of the movement get married. According to his statement, members were not allowed to marry someone "outside of the movement" and the marriages are taking place in an arranged fashion.

Fatma Temiz, a former volunteer teacher at a Gülen-affiliated school in Australia, was surprised when a Gülenist colleague - an abla - and good friend had returned from a sudden "vacation" in Turkey, married. "I think she was gone for a week only and when she got back, she wasn't single anymore. She revealed the details of her marriage in our following weekly gatherings with female students from the school. As she told the 12-year-old girls that she never saw her husband-to-be until the wedding ceremony and that she listened from behind a curtain as the marriage was being arranged among Gülenist authorities (abi) and her father, the girls reacted, 'you didn't see him until you got married?' In response, she told them how life in this world was solely about serving God and that marriage is just a means to facilitate the service [what they refer to as 'hizmet'], that this life is temporary so we should not be sentimentally attached to anything or anyone other than the Creator and hodja efendi [Gülen], justifying her loveless, emotionless matrimonial 'union,'" said Temiz.
Last Update: Sep 01, 2016 1:15 am
RELATED TOPICS