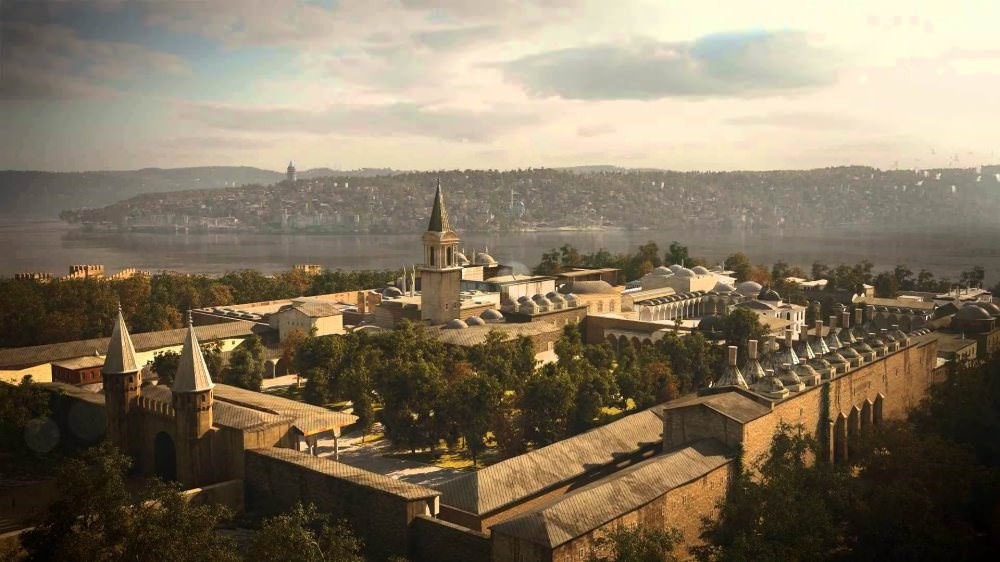 Old Istanbul or Constantinople was built onseven hills, which are not very well-known even among modern city inhabitants. Each hill has historic importance, bearing the footprints of the Roman and Ottoman empires

Glamour is what all great empires of the world used to show off their power, intimidating enemies by designing ravishingly beautiful buildings and monuments. For Roman and Ottoman emperors, the old city of Istanbul was a symbol of grandeur with architectural masterpieces built on the highest point of each of the city's seven hills, which would become the iconic symbols of the empire and inspire many poets and authors for centuries.

Constantine the Great was so impressed by this city that it didn't take him much time to decide to establish his new capital city there - the city of Constantinople. The emperor took inspiration from the seven heavenly bodies the Babylonians had already spotted - the sun, the moon and five planets - establishing the city - also called "Nova Roma" (New Rome) - on its seven hills. Both the Byzantine and the Ottoman empires protected the city's borders and designed impressive and monumental buildings on each of the seven hills, six of which lie along the Golden Horn and the seventh located one kilometer south of the Golden Horn.

However, these seven hills of Constantinople (today's Istanbul) are not well known by locals. There is even a common misunderstanding among those who attempt to identify the hills, mistaking Çamlıca Hill for one of the hills, for example. Indeed, the seven hills all lie within the ancient city walls, as the area stretching beyond these walls is not considered as Constantinople, according to former Haghia Sophia Museum head Haluk Dursun. The hills stretch from the city's acropolis all the way to the district of Edirnekapı. So what do these hills represent and where are they exactly?

The first hill is known as the heart of Constantinople where the imperial authorities all settled. The hill stretches up from the cape of the historical peninsula to an altitude of about 30 to 40 meters above sea level where Mehmed the Conqueror built hill houses for Topkapı Palace in 1478. In both the Byzantine and Ottoman eras, this hill was chosen as the main settlement for the royal family. Topkapı Palace, the Sultanahmet Mosque, the Istanbul Archaeology Museum, the Cağaloğlu Bath House and the historic Sirkeci Train Station, along with the Million Stone and İbrahim Pasha Palace, which currently serves as the Turkish and Islamic Arts Museum, and the ancient ruins of the Byzantine Palace of Boukoleon are all located there. 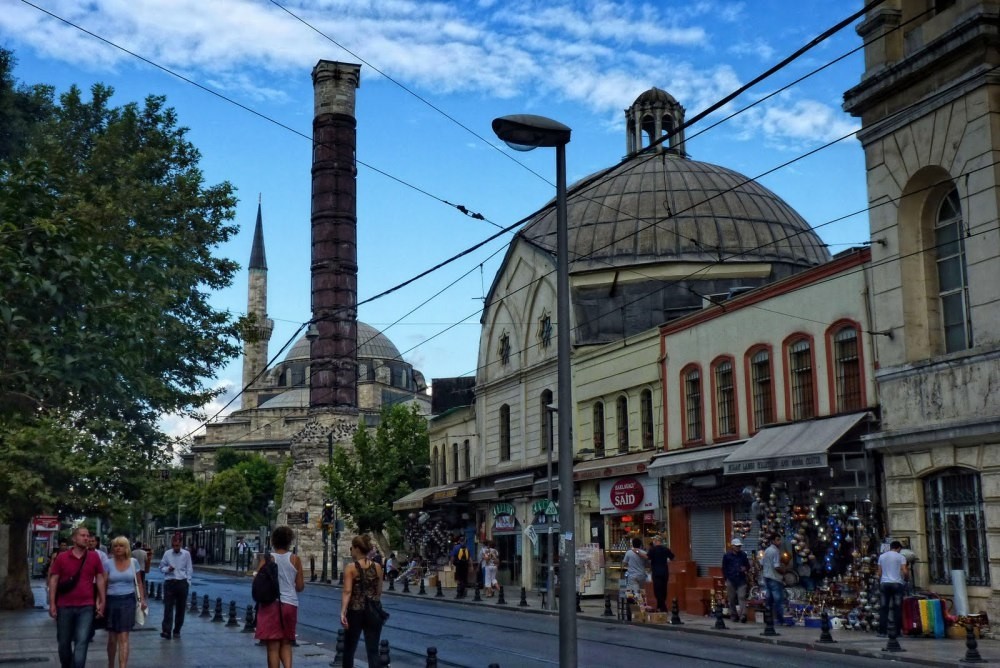 Stretching about 10 meters higher than the first, the second hill is also home to a number of historic buildings, all of which extend along the Mese, Costantinople's main thoroughfare. Today, the area is a hot tourist spot where the Firuzağa Mosque, the Grand Bazaar, the Çemberlitaş Bath House, the Çorlulu Ali Pasha Madrasa and the Spice Bazaar are located.

One of the most eye-catching hills in terms of geographical structure, the third hill reaches an altitude of 60 meters and has one of the city's highest ridges. In the Byzantine era, Constantine the Great built a forum here that was later rebuilt and renamed the Forum of Theodosius by Emperor Theodosius I. A Mimar Sinan architectural masterpiece, which dates back to 1557, the Süleymaniye Mosque is the most striking building on this hill. Istanbul University, Beyazıt Mosque, the Çukurçeşme Bath and the Süleymaniye Social Complex and Zeyrek Mosque, which used to be the Pantokrator Church, are other historic sights worth visiting.

One of the highest points in the old city, this hill inspired Ottoman and Byzantine emperors to build prestigious architectural structures, including Fatih Mosque and the Aqueduct of Valens, a major system that provided water to the Romans of Constantinople. Dedicated to 12 Christian apostles, the Church of the Holy Apostles, which used to stand on this hill, was used by the Ecumenical, the patriarch of the Greek Orthodox Church, before it was abandoned by the patriarch and replaced by Fatih Mosque during the Ottoman era. 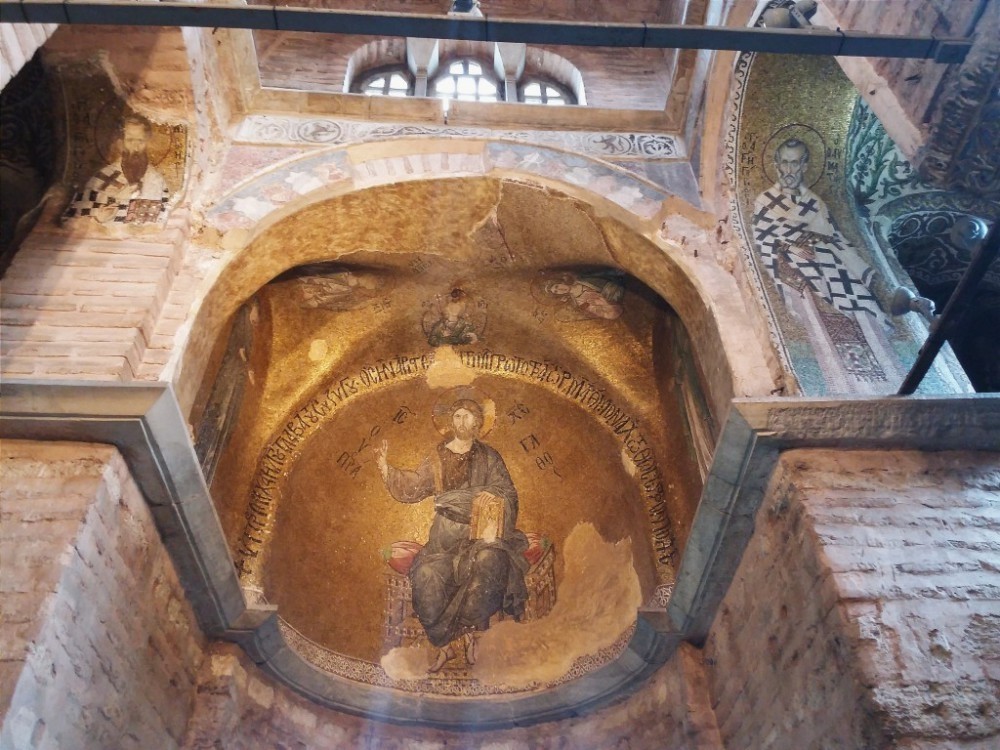 The fifth hill of Istanbul was once known for the Pammakaristos Monastery where the Museum of Conquest (Fethiye Müzesi) now lies. In 1591, the monastery was converted into a mosque, which now partly serves as a museum and where tourists can visit the Yavuz Sultan Selim Mosque, and the Chora Museum, which has dazzling frescos.

Lying behind the fourth hill, the city's sixth hill is 70 meters high. Mihrimah Mosque, presumably the most significant building on this hill, is located in Edirnekapı. The mosque is dedicated to the favorite daughter of Suleiman the Magnificent and Hürrem Sultan, Mihrimah Sultan by Mimar Sinan who was said to have unrequited love for her. Tekfur Palace, the only remaining building from the Byzantine-era Blachernae Palace Complex, is also on this hill.

The city's last hill is separated from the others by a deep valley. Sixty meters in height, the hill used to be home to the Arkadius Forum built in 403 and was marked by the Arkadius Pillar in the Byzantine era. In Ottoman times, Hürrem Sultan's social complex and mosque were built here.
RELATED TOPICS