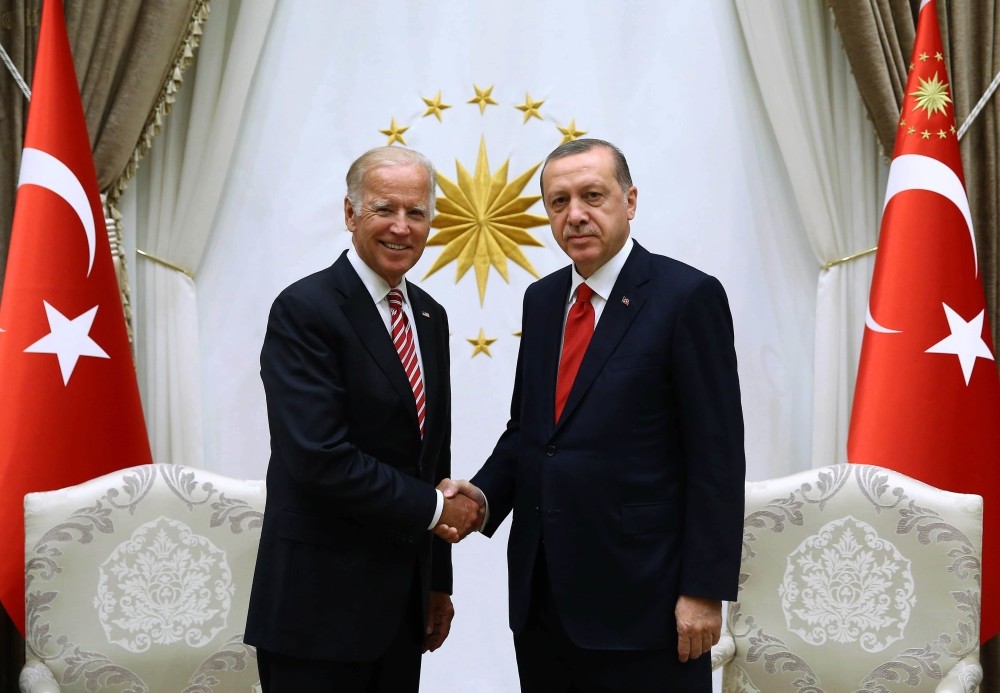 Turkey hosted two important names from the U.S. this week - Vice President Joe Biden and Nouman Ali Khan, the founder of Bayyinah. Both visits were overdue, but when looking at the two dignitaries' speeches, one of them was more satisfying than the other

This week two very different visitors came to Turkey. On Wednesday, the vice-president of the United State, Joe Biden, came to visit Turkey. The second visitor was Nouman Ali Khan, a public speaker and founder and CEO of Bayyinah, an institute for Arabic and Qur'anic Studies in America.It is possible to say that both visits were long overdue. The expectation of the Turkish people that representatives from the United States government as well as representatives from European governments would come to express their sympathy and offer support for the democratically elected government of the Turkish Republic sadly has not been met.

Biden referred to this unmet expectation when he said, "I wish I could have been here sooner." Yet, this apology rang a little bit hollow.

But in the end Mr. Biden came. This was generally perceived by Turks as being a bit too little and a bit too late. On the other hand, there were a number of Western media outlets that provided Mr. Biden with advice, suggesting that he should be tough on the president (of course, never mentioning the prime minister, with whom Mr. Biden was also to meet). The general line adopted was that "Erdoğan" was using the coup attempt as a "pretext" for "purges." And Mr. Biden should take him to task for this.

But more importantly was how Nouman Ali Khan evaluated the events of July 15. He suggested that the way in which Turkey reacted to the coup attempt should be a role model for the entire Muslim world. Khan expressed how impressed he was by the Turkish reaction and how rare such resolution against tyranny and injustice was.

Funny thing is, Mr. Biden did not mention anything about these so-called "purges." Nor did he "take Turkey to task" about how it was trying to re-establish order. It would have been the height of hypocrisy if he had. What do we mean by hypocrisy here? The words "Patriot Act" and "Freedom Act" are enough. It was the Americans who first suggested that a limitation of certain freedoms had to be accepted in the name of the war on terrorism. As late as last May, the former British prime minister, David Cameron, said: "For too long, we have been a passively tolerant society, saying to our citizens: as long as you obey the law, we will leave you alone ... that's helped foster a narrative of extremism and grievance." At the same time that Cameron was uttering these words, the current British prime minister, Theresa May, stated: "This government will challenge those who seek to spread hatred and intolerance."

These so-called purges in Turkey are not against those who are trying to spread hatred or intolerance. The actions, all based upon the law and the Constitution, are being taken against those who killed innocent civilians, who bombed Parliament, who used F-16s and tanks, paid for with the people's tax contributions, to shoot at the people; these actions are against those who plotted to assassinate the president and grasp the reins of power.

Perhaps the most significant expression from Mr. Biden was uttered when he saw the bombed Parliament, ripped apart by bombs dropped from the F-16s that had been appropriated by the putschists. "This is devastating," he said. "Can you imagine if this happened at home? Can you imagine what the American public would be saying?"

It is not hard to imagine. They would be saying: Find the culprits. Use every means possible to detect them, to find them and to flush them out. Punish the culprits. These are people who have infiltrated the police, the army, the judiciary, academia and education. Please remove them so we can sleep safely in our beds. This is what the American public would say. And this is what the Turkish public is saying.

Mr. Biden had a message for the American people and for the Western media: "Remember the confusion after 9/11. Give them time." It can only be hoped that the Western media was listening. Turkey will sort this problem out. The culprits will be found; they will be punished. And this will be done according to the rule of law.

Mr. Biden also sent a message to the Democratic Union Party (PYD). A long overdue message. "We have made it absolutely clear that they must go back across the river (Euphrates). They cannot and will not, under no circumstances, get American support if they do not keep that commitment."

Mr. Biden also tried to give a lecture to the Turkish people about how the rule of law works in the U.S. Oddly enough, this is not a message that the Turkish people need. They are aware of how the rule of law works. They are also aware that there is an extradition agreement between the U.S. and Turkey. And that there is a clause in that agreement that if a person is accused of trying to assassinate the president, that person must be extradited.

So Mr. Biden came and told the Turks what they already knew. It seems that his message was more instructive for the PYD and for the Western media and observers than it was for the Turkish prime minister, president or people. But it was nice of him to drop by.

The second visitor was Nouman Ali Khan. Khan is the founder and CEO of Bayyinah, an institute for Arabic and Quranic studies. He is a popular speaker in the U.S, and has been invited numerous times to Turkey. 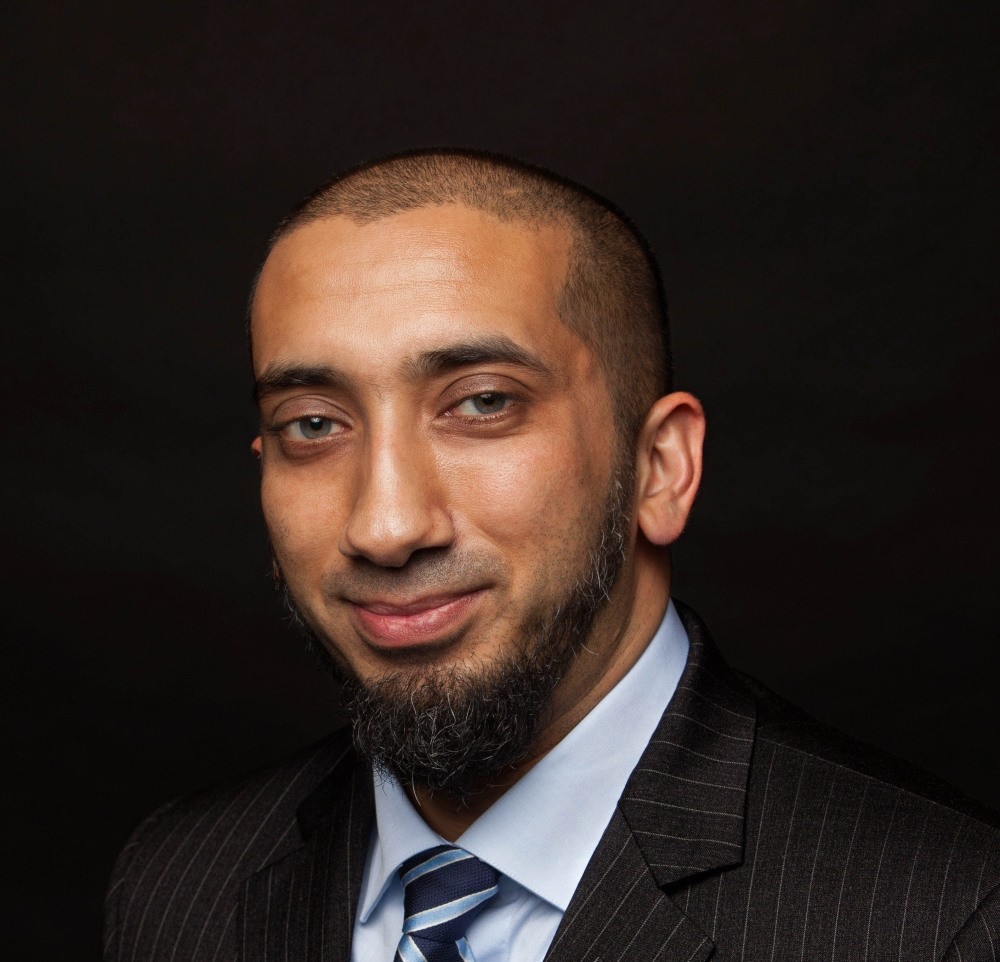 Nouman Ali Khan is very popular with young people throughout the world and has a huge following in Turkey.According to Khan, his visit to Turkey took place almost overnight. He was in the U.K. when someone asked him if he would like to visit Turkey. Khan accepted and within a couple of days a lecture was arranged at Haliç Convention Center, one of the largest convention centers in Istanbul.

Speaking to a packed house, Nouman Ali Khan talked for nearly three hours. He related stories from the life of Prophet Muhammad and the Companions, giving examples from heroic battles. The lecture was inspiring and well received.

But more importantly was how Nouman Ali Khan evaluated the events of July 15. He suggested that the way in which Turkey reacted to the coup attempt should be a role model for the entire Muslim world. Khan expressed how impressed he was by the Turkish reaction and how rare such resolution against tyranny and injustice was.

Both visits, that of Mr. Biden and that of Mr. Khan, were overdue. However, while Mr. Biden's left a hollow feeling in those who heard his words, a feeling of "is that what we waited so long to hear?" Mr. Khan's left his listeners satisfied and feeling appreciated.
RELATED TOPICS