France embarrasses itself with absurd bans 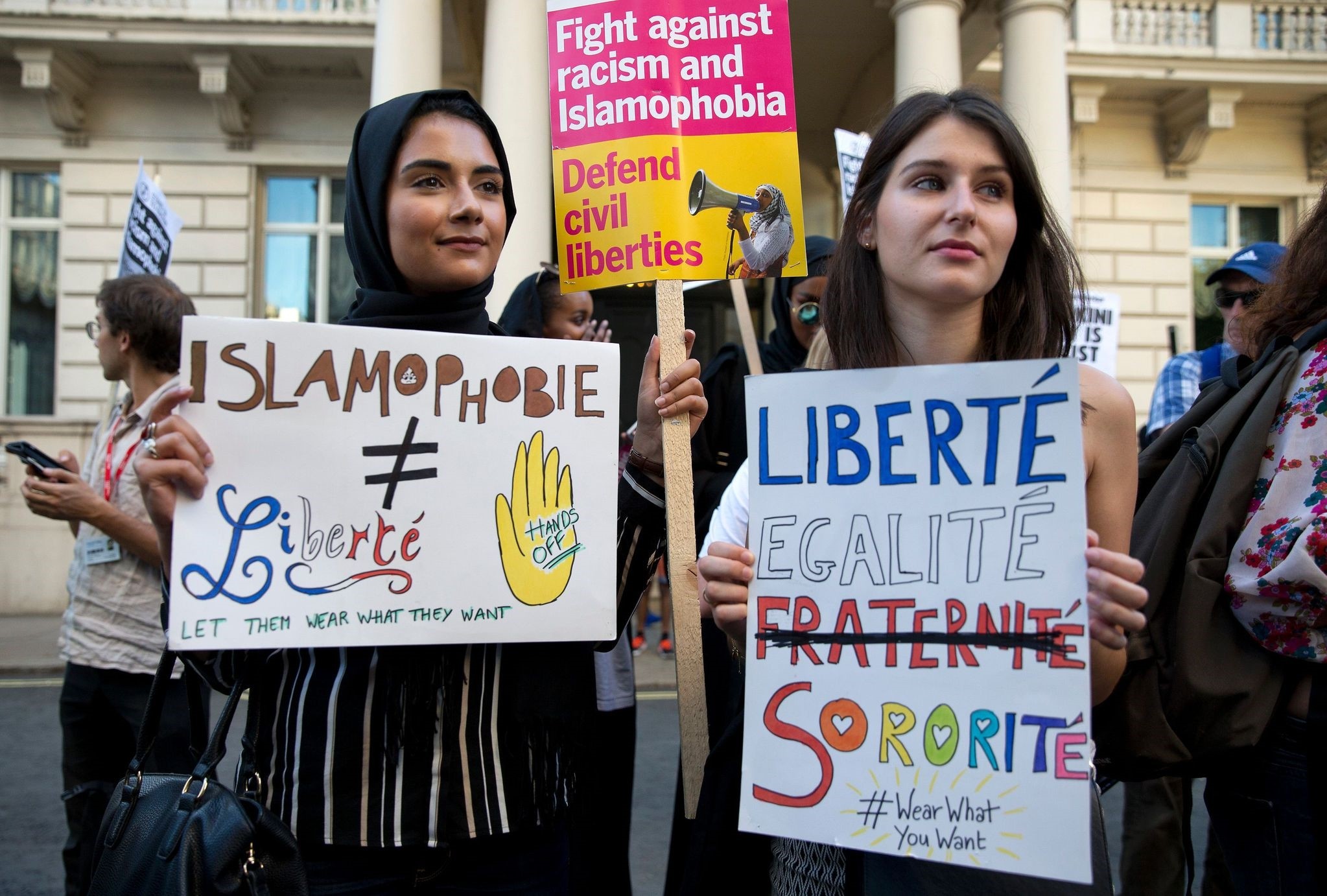 Women joining a demonstration organised by ,Stand up to Racism, outside the French Embassy in London on Aug. 26, 2016 against the burkini ban on French beaches. (AFP Photo)
by Daily Sabah Sep 01, 2016 12:00 am

Some date back to the old times, some come from the French Revolution period and others are more recent. There are more than 15,000 codes in the law of France, but a few of them, like the latest law that says women cannot wear the burkini on French beaches, are so absurd to be embarrassing, and yet still remain valid.

Although France is now being criticized for the burkini ban owing to human rights violations, the French court's decisions about woman's clothing is nothing new in the history of French law. Until 2013, for example, it was illegal for a woman to ride a bike while wearing trousers.

On January 31 2013, France's Minister of Women's Rights made it officially impossible to arrest a woman for wearing trousers in Paris. Before that, the law had required women to ask police for personnel permission to 'dress as men'. The law originally came from the French Revolution in the early 19th century.

Between the hours of 8 a.m and 8 p.m., it is a law that 40 percent of music played on French language radio stations in France must be in French. The law, which was probably written to try to save the French language and French music culture, still exists today.

"No one may address or name their pig Napoleon", decrees another strange French law. You can name your pig anything from writers, artists even Francois Holland, the current President of France, but the three centuries old law does not allow anyone to name its pig after the Emperor of the French, Napoleon.

French law states that it's forbidden to take pictures of police officers or police vehicles even if they're in the background of a photo.

Since 2011, a French law has banned primary school cafeterias in France from serving unlimited, self-service Ketchup – but it's still legal to serve other sauces.

It's legal in French law to marry a dead person. This law dates back to 1959 after a dam burst, killing 423 people in southern France. A pregnant woman who lost her fiancé was so upset that then President Charles de Gaulle penned a law allowing them to be married despite his death. However, the authorities require proof that a couple had planned to marry before one of their deaths for a posthumous marriage can officially take place.

Parents can prevent their children from getting married in France. Under a law that dates back to Napoleon's time, the 1803 rule says that parents can file a statement of opposition for any reason. This actually happened in 2010 when a Frenchman's family stepped in to block his marriage to a Chinese woman, who the parents believed was seeking to protect her immigration status.

If you're playing too much football or smoking excessively, your wife or husband can divorce you, according to a French legal code.