France out, burkini in! 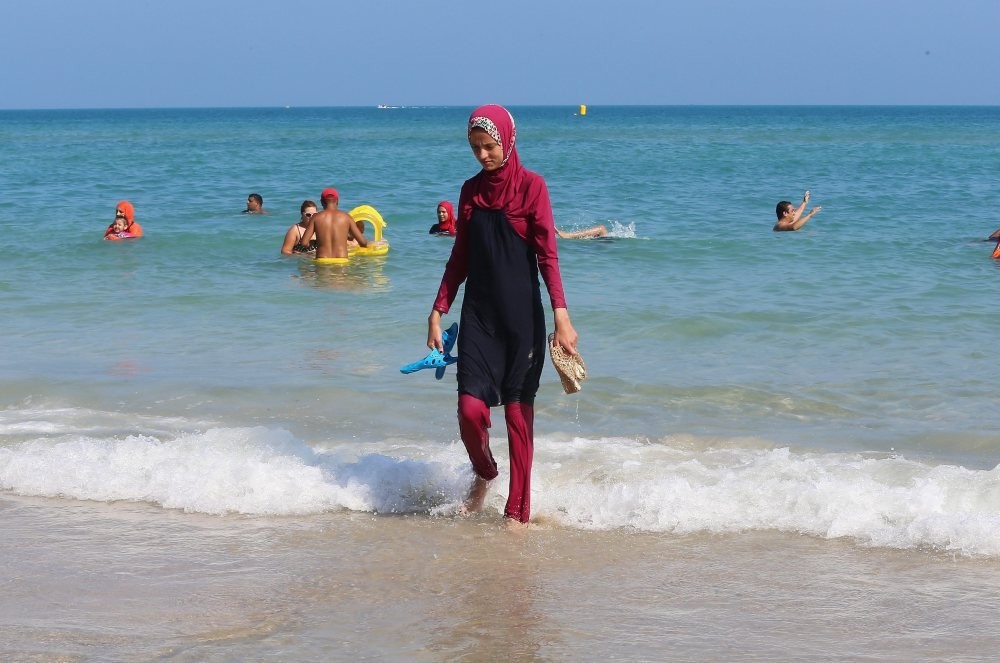 It was about 12 years ago. I was at one of the first modest fashion shows held in Melbourne. I saw Aheda Zanetti and her groundbreaking design, the burkini - a full-body-covering swimsuit that complies with Islamic standards. To me and all the other hijabi women in the hall, it was a spectacular invention. Growing up in Australia, I loved to swim ever since childhood and that was what I missed most after choosing to wear hijab due to the lack of women-only swimming facilities. So all I could think of was when I could purchase a suit, from where and how.

Recently waking up one morning to the news of French police officers forcing a woman at a beach in Nice to take off her top garment, simply because she was wearing a burkini, I became furious. I felt a mixture of emotions rushing through me. I wanted to scream. I wanted to cry. I was upset. She was targeted - we were targeted, Muslim women wearing the hijab were targeted - because she was dressed like a Muslim. She was a sign that Muslim women, Muslims are everywhere and they are spreading fast.

The burkini - a combination of the words "burqa" and "bikini" - a symbol of liberation for many women, Muslim or not, in hijab or not, provides nothing but the freedom and comfort to enjoy swimming without any care or having to show any skin.

I cannot help but remember, in a 2014 edition of monthly fashion magazine Marie Claire, the women of the PKK-affiliated Women's Protection Units (YPJ), call them guerrillas if you like, were portrayed - most them photographed holding a rifle - as "remarkable women." Not at all were they presented as threatening. Yet my hijab, my burkini is threatening? Or is it rather my freedom, my strength, my endurance, my determination, my strong will, my unfaltering patience and faith that is threatening? Is it our perseverance to maintain our hijab despite escalating Islamophobia around the world, despite increased attacks on Muslims, despite the visibility of hijabis that is threatening?

My hijab, my burkini, my choice. Back off.