Why is the dream still only a dream? 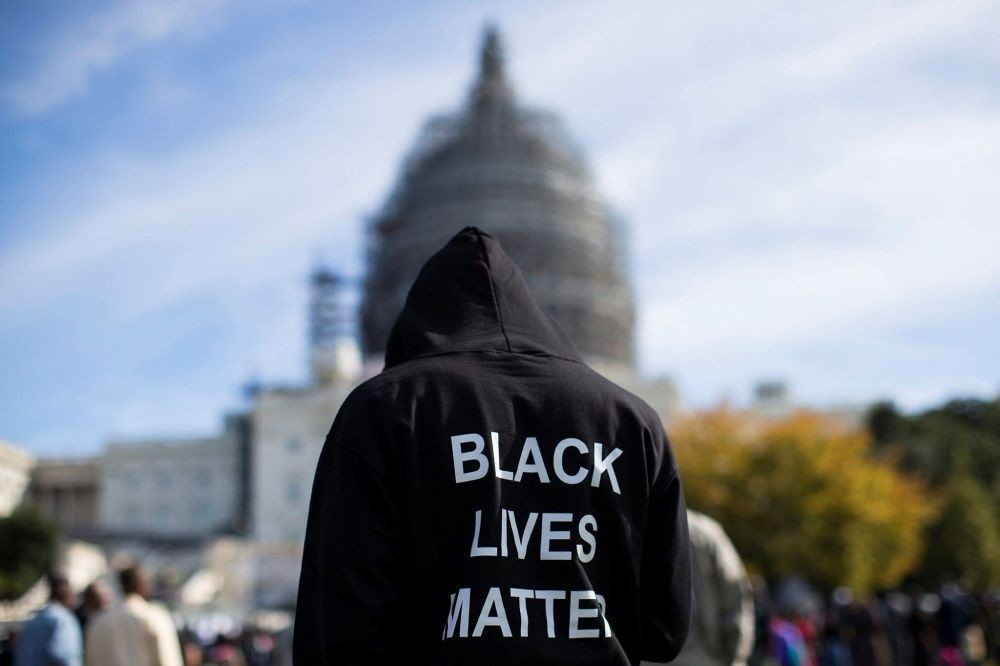 A man wears a hoodie that reads, ,Black Lives Matter, standing on the lawn of the Capitol building on Capitol Hill in Washington during a rally to mark the 20th anniversary of the Million Man March. (AP Photo)
by Jane Louise Kandur Sep 03, 2016 12:00 am

Last week marked the anniversary of a few important and significant historical events. On Aug. 28, 1963 hundreds of thousands of people marched to Washington to demand rights and freedom. Some 53 years later, the question ‘did they achieve this?' has to be asked. The answer to that question can be found in two other events that have anniversaries during this same week

Fifty-three years ago one of the largest political rallies in the history of the United States took place. Over 200,000 people marched on Washington in what was known as the March on Washington for Jobs and Freedom.

The name says it all. What did they want? Jobs and Freedom! Who wanted this? Millions of people, represented by these few hundred thousand marchers. Black Americans made up 75 percent to 85 percent of the march on Washington, a march for economic and civil rights.

This march marked the 100th anniversary of the signing of the Emancipation Proclamation;

this proclamation freed black Americans and gave them full voting rights. But still in the early 1960s, Jim Crow laws were in place in some American states. These laws made sure that black Americans were discriminated against in the public space. Black Americans had to use different buses, go to different schools, sit at different counters in drug stores, use different shops, and live in different areas, to name only a few of the most common discriminatory actions imposed against them. In addition, the majority of black Americans in southern states had effectively been disenfranchised by a series of practices introduced by local legislatures.

The march ended at the Lincoln Memorial; here 10 main speakers lined up to make speeches. The final speaker was Martin Luther King Jr. The speech he made that day is famous, and for good reason. Many of the sentiments King uttered that day still resonate with us today.

Below are some excerpts that are worth looking at:

"...all men, yes, black men as well as white men, would be guaranteed the 'unalienable Rights' of 'Life, Liberty and the pursuit of Happiness.' It is obvious today that America has defaulted on this ... insofar as her citizens of color are concerned. Instead of honoring this sacred obligation, America has given the Negro people a bad check, a check which has come back marked "insufficient funds."

"(Some will ask...) 'When will you be satisfied?' We can never be satisfied as long as the Negro is the victim of the unspeakable horrors of police brutality.

"We cannot be satisfied as long as the negro's basic mobility is from a smaller ghetto to a larger one.

"And so even though we face the difficulties of today and tomorrow, I still have a dream. It is a dream deeply rooted in the American dream.

"I have a dream that one day this nation will rise up and live out the true meaning of its creed: 'We hold these truths to be self-evident, that all men are created equal.'

"I have a dream that my four little children will one day live in a nation where they will not be judged by the color of their skin but by the content of their character.

The answer to the question above: "Did the March on Washington achieve its main aim? Were all American citizens guaranteed freedom and jobs?" is "No."

Has the sacred obligation been honored? It seems not.

Are the children of black American families being judged not by the color of the skin but by the content of their character? Again, it seems not.

Indeed, it is safe to say that Martin Luther King's dream has not come true. If King's dream, which is in fact the dream of all people of conscience, no matter their race, gender or religion, had come true, then there would be no need for a Black Lives Matter movement. If this dream had been realized, we would not be looking down the barrel of Donald Trump, nor watching as Theresa May and her government introduces more and more religiously and racially antagonistic laws. If this dream had come true, even to a small degree, women in France would not be forced to strip off their burkinis on the beach. But that is not to say that the March on Washington had no effect. Many positive events occurred after the march. The Civil Rights Act was passed in 1964 and in 1965 the Voting Rights Act was passed; these were important for the progress they helped to introduce into labor law and civil rights. It had now become illegal to discriminate based on race, color, religion, sex, or national origin. There were more results of this march; after the march, Martin Luther King was named Man of the Year by Time Magazine and in 1964 he won the Nobel Peace Prize.

And in the last week of August 1967, a landmark appointment was made. Thurgood Marshall was appointed as the first black Supreme Court Justice. A black American had now been appointed to the highest court in America. The march and King's speech had opened the door to true equality!

Yet had they? Was Marshall's appointment anything more than a token appointment? Did subsequent appointments include black Americans, or even people of color? Sadly, there was only one more appointment of a black American judge to the Supreme Court; that was Marshall's successor Clarence Thomas in 1991. Although, we must mention that in 2009 Sonia Sotomayor, a Latina, was also appointed. So, things haven't really improved that much if only three justices of color have been appointed in 50 years.

In 2005 another event occurred in the last week of August that brings to light how far America was from really realizing King's dream. On Aug. 29, 2005 Hurricane Katrina killed more than 1,800 people and caused damage amounting to more than $100 billion. As terrible as these deaths and destruction were, what the hurricane left in its wake is a fire that still burns today. The hurricane laid bare the difference between how white and black populations lived and how they were (and are) treated. The aftermath of the hurricane indirectly fed the flames of the Black Lives Matter issue. The hurricane greatly affected poor black people, who lost their homes and all their belongings.

For black Americans Katrina wasn't an equal opportunity disaster. It merely confirmed that many American institutions had a systemic indifference for black life.

An even starker demonstration of how black lives had not improved much since the March on Washington were images of black Americans, stranded on roof-tops, desperately trying to get the authorities' attention.

The first one is of a young black man walking through chest-high water. He's got a case of soda and some shopping. The caption tells us that he has just been "looting" a store. Another photo shows a white couple, also with groceries in their hands. The caption reads that they are being shown "after finding bread and soda from a local grocery store." This is a horrific example of perception management. The anger and resentment felt by the black community after Katrina was added to the anger that had built up over the decades. Add to this the shooting or maiming of innocent black men and women by police, who preferred to shoot first and ask questions later, has led to the highly justified Black Lives Matter. Instead of the concerns being answered and the movement dying a natural and peaceful death, the Black Lives Matter has now moved to Europe. That is, the crisis is growing.