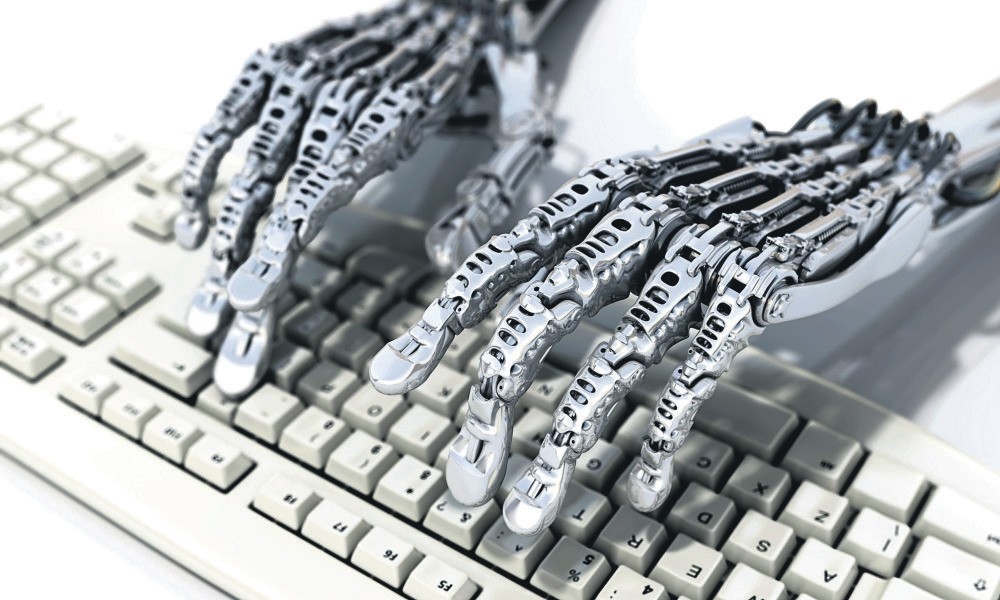 Stephen Hawking once said, "The development of full artificial intelligence could spell the end of the human race." The end may soon be coming for news reporters

While many of the different works on artificial intelligence (A.I.) focus on improving the quality of human life and easing the burden on people for certain tasks, the threat of machines taking over our jobs is nothing new. With the Fourth Industrial Revolution that brings fancy concepts like Internet of Things (IoT) or Big Data to the traditional industrial facilities in order to embrace unprecedented automation opportunities, more and more blue collar workers are faced with the unemployment threat.

But judging by the way things are going, robots will not stop at factories. Another traditional profession, news reporting, is also under near threat of A.I. and the reason for this is very simple: Machines love categorical information. If it is possible to put every piece of data in order on an Excel spreadsheet, no matter how complex it is, then A.I. is perfectly capable of analyzing and producing meaningful information from this sheet. In addition to sports news, many other fields of journalism fall into this category. We will certainly talk a lot about the new iPhone 7 when it is announced later this month but the main topics that hold the actual information will not change; the size of the screen, resolution, battery power, the CPU and so on. You can place all of this in separate columns on an Excel spreadsheet and then put the variables beneath them. Maybe even add values from the preceding model, the iPhone 6 or 6s. You can enrich this categorical, structured database any way you want and proceed to write an article about it. It will take at least 10 to 15 minutes to write a simple news piece that explains the features of the new iPhone.

Now, enter A.I.: It collects all the information from live events and combines it with the super-secret formula of news reporting to create a simple, adjusted, easy-to-read article in just under two minutes. In online publishing, a couple of minutes of being late means a lot. You need to be fast. You need to be like Xiaomingbot, the "A.I. writing robot" that is used by China-based search engine and news syndication service Toutiao. It produced 450 news pieces during 15 days of the Rio 2016 Olympics with a focus on badminton and table tennis, where China is a dominant player. According to Quartz, most of the robot news items were 100 words or so. The most read was a piece on a Badminton Women's Singles game won by London Olympics silver medalist Wang Yihan. The piece came out two minutes after the match ended and had over 50,000 views.

AP is betting big on A.I.

China had its own search giants, Baidu and Soso.com, before Google. So, a Chinese-language news syndication might not be a proper reference for A.I. to start taking over reports' jobs. But what about the Associated Press (AP)? The New York-based, 170-year-old nonprofit news agency is working with the technology company Automated Insights to publish machine-produced articles on a host of different topics. Automated Insights software is capable of analyzing data, deducing the important parts of information and then turning them into easy-to-read articles. Recently, AP announced it will use this technology to cover stories for 10,000 Minor League Baseball games not previously covered by the news organization.

"Cristian Alvarado tossed a one-hit shutout and Yermin Mercedes homered and had two hits, driving in two, as the Delmarva Shorebirds topped the Greensboro Grasshoppers 6-0 in the second game of a doubleheader on Wednesday."

The piece above is written via the software and it has all the information the reader needs about the game. Sure, it doesn't use any fancy references or metaphors. But this is why it's so easy to read.

With A.I., more events will get covered

The use of A.I. is also improving the quantity of news covered: Before the AP began to follow and produce quarterly earnings reports using automation software, they were able to cover about 400 companies. According to the agency's first news automation editor Justin Myers, AP is now covering earnings reports for 4,000 companies.

The threat of A.I. taking over their job is not just limited to news reporters, either: "Fight Club" author Chuck Palahniuk believes that "Fiction writers are facing the same crisis that figurative painting faced when photography arrived." Starting with writing software that corrects writers' spelling and grammar, "We might even have programs that can construct bestselling books," he adds. Palahniuk's advice? "Abandon technically correct writing and experiment in the same way painters were forced to experiment in order to keep their medium relevant."

In other words, the A.I. isn't just letting machines learn new things by themselves but it also forces us to think differently so that we try to create value from our humanistic perspective.
RELATED TOPICS