Suleiman the Magnificent's tomb is new hope for tourism in Hungary 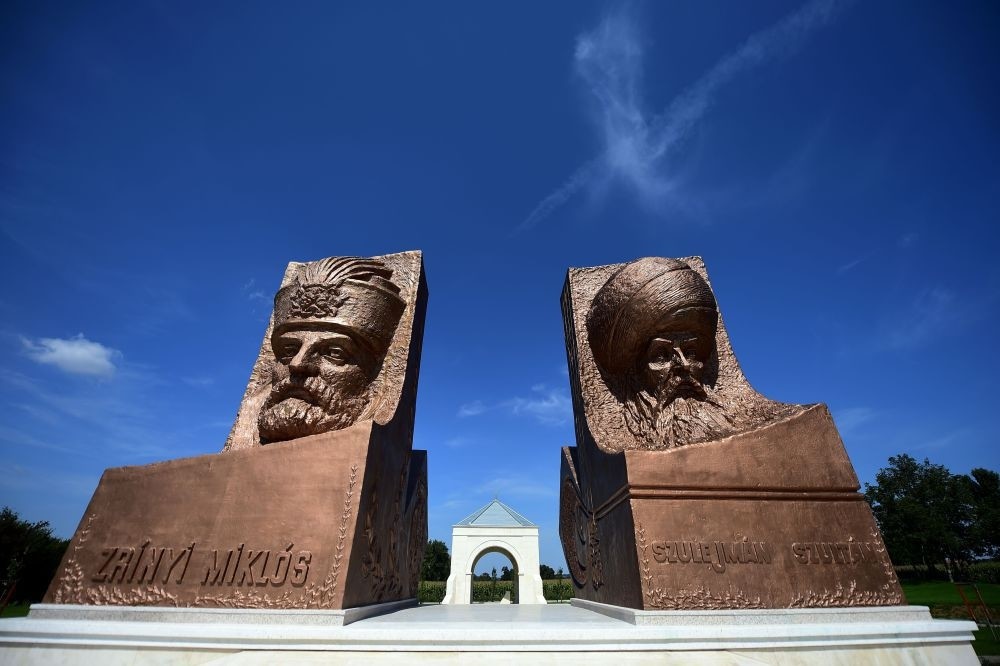 The tomb of Ottoman Sultan Suleiman the Magnificent in Szigetvar, a poor town in Hungary, may change the town's fate as the area could become a tourist spot in the near future

The recent discovery of the tomb of Suleiman the Magnificent, considered the greatest Ottoman ruler, has raised hopes of a tourism boom in one of Hungary's most impoverished areas.

From hamam baths and crumbling minarets to battle site memorials and ruins of mosques, traces of the country's 150-year-long stretch (1541-1699) in the Ottoman Empire are not hard to find in Hungary. 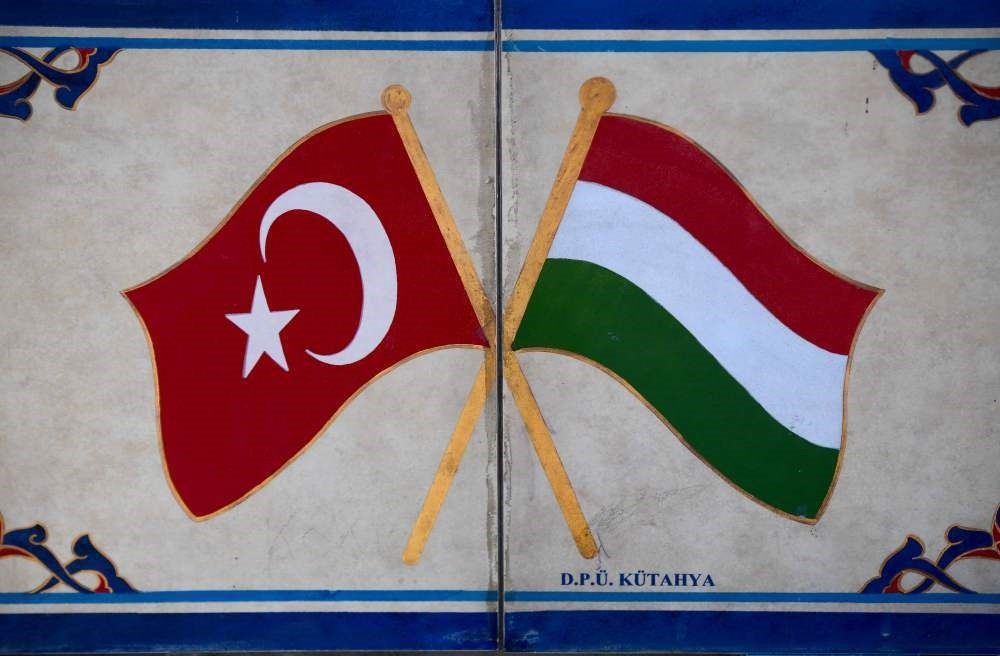 But many Hungarians see them as relics of a period during which the country's flourishing renaissance era was extinguished. As a result, few of the Ottoman monuments have so far been promoted by the Hungarian authorities. Suleiman's case could change that, however.

Experts confirmed in July that excavations begun two years ago in the struggling town of Szigetvar, close to the Croatian border, had revealed the tomb of the 16th-century ruler. Suleiman died aged 71 on Sept. 7, 1566, during an epic battle with the mainly Croatian defenders of Szigetvar castle that depleted his forces hoping to quickly advance on Vienna, the capital of the Habsburg Empire.

Today, senior government officials from Hungary, Croatia and Turkey are expected to join thousands of visitors to Szigetvar to commemorate the 450th anniversary of the siege. "This town is dying, young people are leaving or have already left for Germany or London, but Suleiman can bring in jobs, income, and tourists," said Norbert Pap, head of the team of researchers whose excavations uncovered the tomb.

"Szigetvar may be on the periphery now, but 450 years ago it was on the main street of European history," Pap, a geographer and historian at nearby Pecs university, told AFP.

Wiped from the map

Born in 1494, Suleiman, whose reign from 1520 to 1566 was the longest of any sultan, greatly expanded the Ottoman Empire, annexing large swathes of the Balkans, the Middle East and northern Africa. Taken ill before his final battle, Suleiman was found dead in his imperial camp, located an hour's walk east of the castle according to contemporary accounts.

His body, later removed to Istanbul, was drained of its internal organs and heart, which were buried and later built over by a tomb. While his body was laid to rest in Istanbul, his heart and other internal organs were buried at the site of his death and later covered by a tomb. Around the tomb the town of Turbek grew, the only settlement that the Ottomans built from scratch during their reign in Hungary.

At the end of the 17th century, however, both the town and the tomb were wiped off the map by the Habsburgs. Until 2012 that is, when Pap secured funding from the Turkish government to use technology to try find them.

A few days before Christmas 2014 a geophysics survey of a site nestled beneath vineyards and orchards four kilometers to the east of Szigetvar castle returned results that set Pap's pulse racing. "It showed the presence of buildings, just under the grass, matching positions on the medieval maps of Turbek, and all of them pointing very precisely toward Mecca," he said.

Excavations gradually uncovered the remains of Turbek: the walls of a mosque, a tomb, dervish monastery cloisters, as well as a wealth of silver coins and fragments of clothing, pottery, glass and metal. The evidence became overwhelming, and by July this year experts in Turkey were also convinced. "Finally we could say for certain that we had found Suleiman's tomb," said Pap.

Sleepy Szigetvar with a population of 10,000 has few hotels, but Pap is convinced of the town's long-term potential for tourism given appropriate investment. The only other Ottoman sultan to die outside the Empire's centres of Istanbul and Bursa - Sultan Murad, killed in the 1389 battle of Kosovo Polje - draws several thousands of tourists annually to his tomb in modern-day Kosovo.

"Suleiman is a national cultural icon in Turkey, and as Szigetvar is easier to get to from both western Europe and Turkey than Kosovo, there is a very good chance that Turkish tourists will come visit the tomb," said Pap. The town's mayor Peter Vass told AFP that he hopes the number of visitors to Szigetvar will double from the current 25,000 per year. 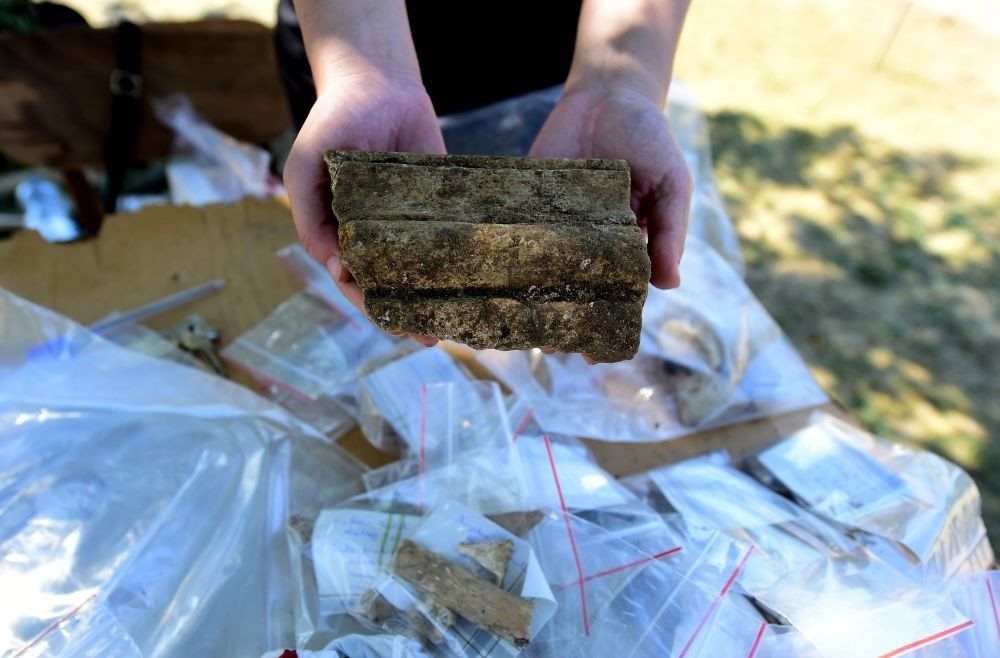 Director of excavations of Pecs University Erika Hancz presents a stone from the tomb of Ottoman Sultan Suleiman.

The municipality has already earmarked a site for the construction of higher-end hotels close to the castle. As Pap's team continues to dig for the rest of Turbek including a military barracks and the town's walls as well as Suleiman's heart - buried in a golden urn according to legend - five Turkish descendants of Ottoman princesses will give DNA samples next week in Szigetvar for comparison with samples from the tomb area.

"Hungary and Turkey have much in common, a shared cultural heritage," Turkey's ambassador in Budapest Şakir Fakılı told AFP. "Many Turks are wealthy, and can afford to travel, so why not to Szigetvar?
RELATED TOPICS