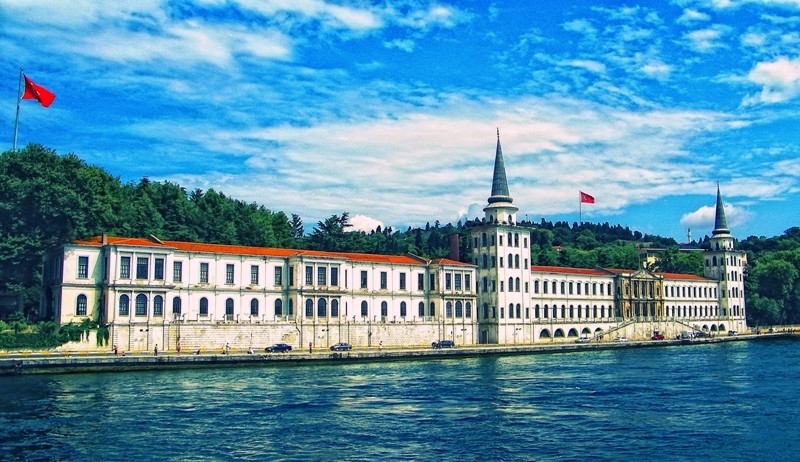 Although it is a lesser-known story in the Ottoman history and relatively unexamined one, the Kuleli Incident was recognized as a coup attempt to topple Sultan Abdülmecid by a secret committee including soldiers and religious men

Throughout history, tough rulers have generally had many opponents. However, the hostility against Ottoman Sultan Abdülmecid, a constitutional monarch like many of today's European heads of states, who wouldn't have hurt a fly and spent his entire life serving the Haramain, is bewildering. The assassination attempt against him in 1859 was discovered in advance and prevented. Since the coup plotters were captured and interrogated at the Kuleli Barracks, this account became known as "Kuleli Vak'ası" (The Kuleli Incident).

The Society of devotees

There were 25 people behind the plot, a committee that included Lieutenant General Çerkes Hüseyin Dâim Pasha, Albanian Câfer Dem Pasha, a clerk of Tophane Field Marshal Office named Ârif Bey, assembly member Major Râsim Bey, Tophâne Mufti Bekir Efendi, Sheikh Ahmed Efendi of Süleymaniye, Fatih professors Nasuhi Efendi, Feyzullah Efendi of Hazergrad and Sheikh İsmail of Kütahya along with the officers working at the Tophane Field Marshal Office. The poet Şinasi is also said to have been one of the members of this community. The mastermind behind the coup attempt, the 46-year-old Sheikh Ahmed Kürdi, used to come to Istanbul and teach "Ihya Ulum al-Din" (The Revival of Religious Sciences) by Imam al-Ghazali at the Bayazid Madrasa. He also formed the "Fedailer Cemiyeti" (The Society of Devotees) there. The society's deputy head was Daim Pasha, whom he knew from the battles of Kars.

Despite their limited number, the group tried to recruit more people by conveying the idea that they had attracted many followers. While Feyzullah Efendi promised 1,000 followers, İsmail of Kütahya promised 6,000. Cafer Pasha had Albanian followers as well. The community's most active member, Arif Bey, also known as Didon Arif, who was a politician and the Nationalist Movement Party's (MHP) founder Alpaslan Türkeş's grandfather. Another member of the committee, Tophane Mufti Bekir Efendi was, on the other hand, Field Marshal and Minister of War Fevzi Çakmak's grandfather - an interesting coincidence.

The community was spreading the idea that they worked for sharia. However, they neglected the bureaucratic branch of the organization. Their plan was that right after the revolt started, the declaration written by Arif Bey, addressing the embassies, patriarchates and local people would be distributed. Cafer Pasha would safeguard the city's control with the Albanian soldiers under his command and Rasim Bey would cut the telegram wires with the help of other followers and prevent communications from the outside Istanbul. Meanwhile, Tophane Mufti Bekir Efendi would deal with the moral aspect of the incident, Daim Pasha would provoke the Caucasian refugees in the city and the sultan would be killed that night when he visited Tophane.

A sergeant working for the community spoke to a lieutenant commander who later reported the incident to Major General Tatar Hasan Pasha. In response, Hasan Pasha managed to get the community to offer him an opportunity to work with them. Testing the waters of Didon Arif, the pasha posed as one of their followers and called for a meeting. Meanwhile, he informed the government about the situation. In an organized raid, all the members were captured at Kılıç Ali Pasha Mosque where they gathered on Sept. 13, 1859, and were held at Kuleli Barracks, though some managed to disappear and cover their tracks.

One of the coup plotters Cafer Pasha jumped into the sea and killed himself as he was being taken to the Kuleli Barracks. The investigation file was arranged in accordance with the criminal code dated 1858. Four of the detainees were sentenced to death while the others were given various sentences, but the sultan changed the death penalties to life sentences or confinement in a fortress. Sheikh Ahmed and Arif Bey were exiled to Famagusta while Daim Pasha and Rasim Bey were sent to Acre.

The real side of the coup plot

Whether there was a foreign power behind this coup or not is uncertain, however it seemed obvious that this incident was helpful to Britain, which had also destroyed India's Mughal Empire. In every coup, economic interests and displeasure among certain social classes against the state's activities are manipulated. Following the 1854 Crimean War, the economic downturn made the state unpopular, though never so much as to suggest a coup was in the offing.

It is interesting that the main coup plotter, Sheikh Ahmed, met with agent Arminius Vambery, who was working for the British Foreign Office. Sheik Ahmed was a member of the Baban Family from Northern Iraq, who lost its centuries-old autonomy with other Kurdish tribes in 1850. The committee included a few members from the Baban Family.

For some, this attempt was a reaction by a conservative group against the "Tanzimat Fermanı" (The Edict of Gülhane) implemented in 1839 and "Islahat Fermanı" (the Edict of Reform) that was taken into force in 1856. Some of the coup plotters might have believed in this but these two reformative edicts were meant to affirm the existing rights and freedoms in the Ottoman Empire and show-off to European countries.

For others like poet Namık Kemal, they were a pro-freedom movement and aimed at establishing a constitutional monarchy in the empire. Some of them in favor of this view joined the Young Turk movement later. That time, this group was a secret one, a kind that had never been seen before in the Ottoman Empire. To become a member, there were rules, reminiscent of Italian masonries. Each new member was asked to bring a written contract saying that I confirm the agreement between myself and Sheik Ahmed and I am a follower of him. The Committee of Union (CUP) members adopted this practice as a model. Some Romantic-era authors saw this as the core of modern political parties. In all cases, this incident was recognized as the rehearsal of the 1876 coup against Ottoman Sultan Abdülaziz.