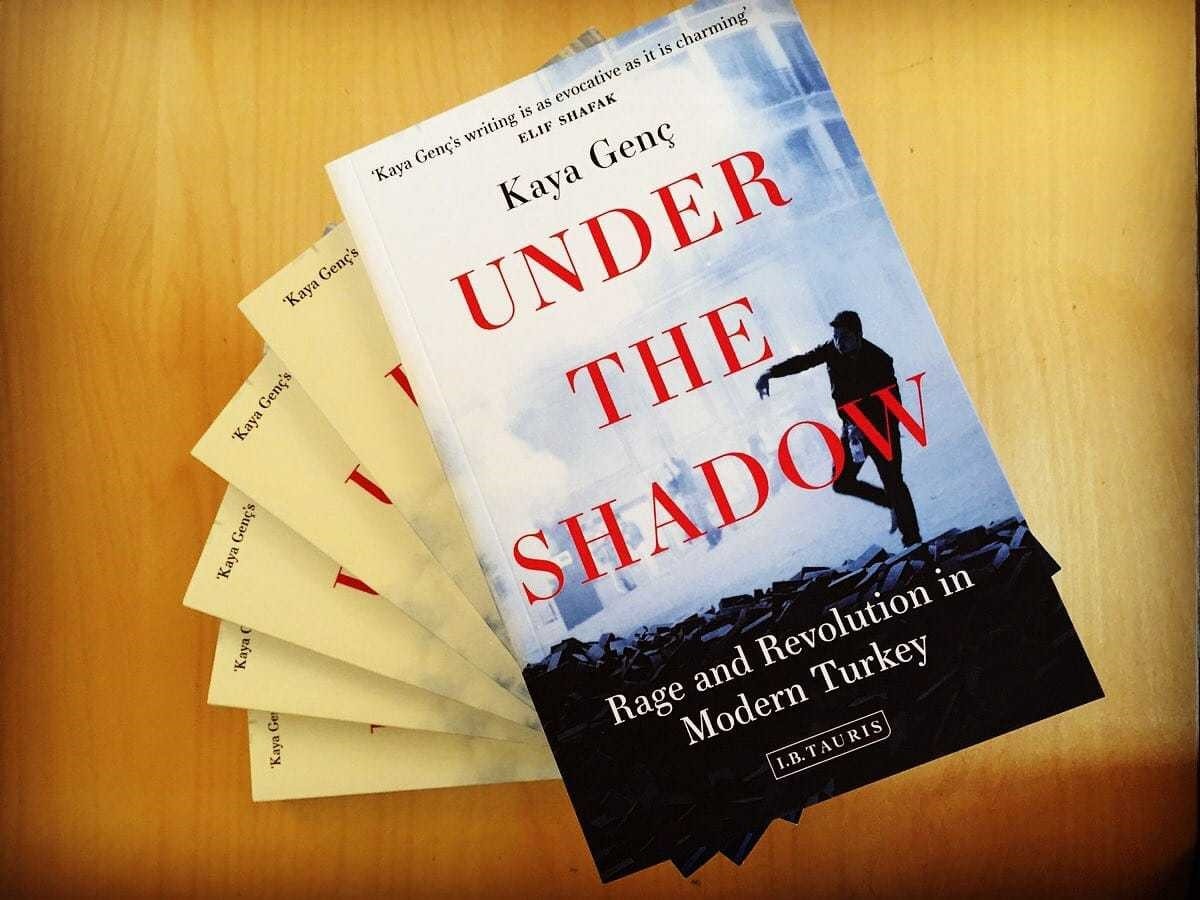 Kaya Genç's new book ‘Under the Shadow' is an investigation into the ways in which young people have been politicized over the last couple of decades in Turkey. It links the current strands of activism to the Young Turk and Ottoman movements of a century ago, and introduces us to a variety of Young Turks and their eventful political trajectories

People's first impressions of Turkey, and particularly Istanbul, almost invariably include the words "lively," "full of energy," "dynamic" and "youthful." In many ways, Genç's "Under the Shadow" is a celebration of the youth of the country, as he organizes his "state of Turkey" book around profiles of young Turkish activists. He links the current strands of activism to the Young Turk and Ottoman movements of a century ago and invites us to see the continuities. His Young Turks include a conscientious objector, a member of the Animal Party (which I didn't know existed), a director who made a film about cops in a haunted house and a young entrepreneur whose family go all the way back to the Orkhon Inscriptions.

Genç conducted the interviews in 2014 and 2015, and the book has the Gezi protests as its central "event." "Under the Shadow" came out only a few weeks after the failed coup attempt that catapulted the country into the international headlines once again. The democracy vigils following the coup attempt were reported as a movement of the unthinking "masses," ignoring, in large part, the individual agencies involved. Genç's book, through its analysis of Gezi, makes us reconsider the notion of the "masses," as it details individuals' personal engagement with the protests, and acts as a correction to the notion that Turks are agency-less actors that are swept away by this movement or that. Through his narrative Genç manages to connect the profiles in conversation with one another and with the reader, who probably has her/his own experience of activism, in Turkey or elsewhere, with all its excitements and disappointments. 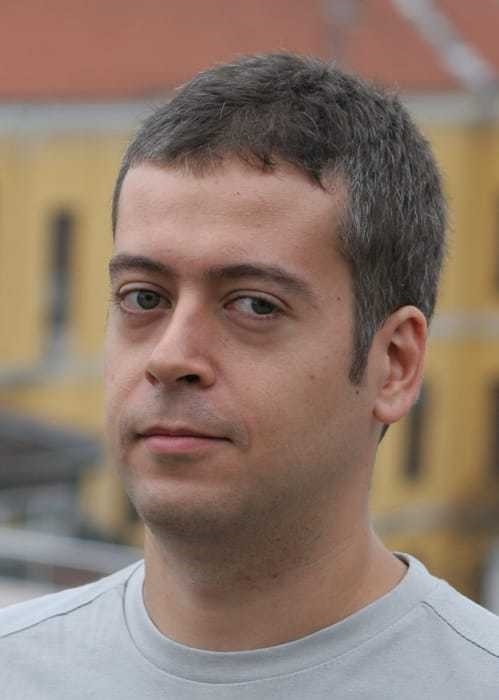 The specter of a coup haunts the whole text: it pops up as the cause of how these young people's parents were politicized, and as a possible outcome of protests on the streets. The Young Turks interviewed find themselves wondering if the military will intervene, or marvel at people who think that a coup could be the solution to the country's problems. It is interesting to observe that all the young people portrayed here, who have been involved with one kind of activism or another, have been exposed to different ideologies from a very early age and they have picked and chosen them, and sometimes altered them to form their own path. It is important to remember that these Young Turks came of age in Recep Tayyip Erdoğan's Turkey, decades in which the country opened up to the world like never before. The stories of these activists reveal how they are and have been in touch with their peers in Europe and the U.S., and have access to international travel and education. It must be said that the figures portrayed in the book are all from the middle or lower middle classes, but so were their predecessors, the Young Turks in the late Ottoman era. It is this longer view of activism and protest movements in Turkey that makes the book a great read, particularly for those of us who are tired of being fed "the latest development" without having digested and categorized what has already happened.

There isn't one dull story here, and all the influences that have gone into the making of these young people reflect the makeup of the country itself. Each life story is told with excellent pacing by Genç: the clues are revealed slowly, leading up to the complex person he is having coffee with in one café of Istanbul or another. Genç is a very covert narrator; he doesn't comment on holes or contradictions in the discourse of his interviewees, and I often found myself wishing he would let us in on where he stood concerning some of the political questions raised. He takes recourse in the past instead, inviting us to draw parallels with the actions of the Young Turks of many hues. There were, as he points out, not one but many Young Turk movements as the Ottoman Empire came to a close, and the same variety is reflected in the young people that he has spoken to in the present day.

Just like the Gezi events, we get to hear about the headscarf ban from different perspectives, including from a young woman who has had to wear a wig for a while to be able to continue her education. Genç, as he does when other issues come up, takes time to explain the basics of the ban, including the Persuasion Rooms, sinister cabins where hijab-wearing university students were taken in, given a dressing down, and told to choose between enlightenment and a bare head, or expulsion from the school. There are other references to the "good old Turkey" that some columnists like to hark back to when criticizing the Justice and Development Party (AK Party). One such "nostalgic" practice of the early Turkish Republic, the confiscation of non-Muslim property in order to create a Turkish middle class, is mentioned briefly in the context of a young artist. Because you see, that is one of the abiding contradictions of republicanism: religion is a backward notion, and yet you have to be/have been born a Muslim in order to be a proper citizen. Except when you're Kurdish speaking of course. It is this shambolic idea of a "proper citizen" that has led to many of the country's ills and has provided young people of Turkey with causes to fight for for generations.

One of the recent events that have shaped Turkey that the book goes into some detail about are the Balyoz cases, in which many members of the military were tried and jailed, and which was one of the reasons for the souring of relations between President Erdoğan and the liberals. In hindsight, the account reveals how much power Gülenists wielded over the judiciary, and how they got rid of military personnel who were not part of their organization. Genç notes that international news outlets' interest in the Balyoz trials remained minimal, which, again, in hindsight, could be related to how powerful the Gülen media and political apparatus was. There are a few references to Gülen"s "Hizmet" in the book, as one of the many actors who push for power in Turkey. Genç calls them a "business interest group," which is a term I like as it lays the emphasis on how the group managed to monopolize certain areas of business through its network, and suggests there was a great amount of capital behind it. Comic relief from these Byzantine goings on comes with the mention of an Istanbul conference where Dominique Strauss Kahn was targeted with a shoe. The moment appears twice in the text, and it's as good as anything if one is looking for a refrain for the ballad of the noughties.

Much as the book reads like the celebration of the lives of these young activists, a caution comes from one of Genç's interviewees about the echo chamber of activism: "Things like marching on the streets seemed useless to me. Activists were part of a world isolated from the rest of the country. Whenever we went to a public march we would see the same people. They were chanting the same slogans that reached no one but themselves. They had become their own audience." I think this sentiment is shared by many of the activists that Genç has spoken to, as they all seem to have moved towards other ways of engaging with Turkey's problems. Genç's epilogue is about the night of the coup, and he observes the variety of people going to Gezi Park, this time to protest against the coup plotters. They include elderly women and teenagers; "Young Turks" come in many shapes and sizes indeed. The democracy vigils of July 2016 have now been added to the Young Turk portfolio and despite the standing caveat about activism, Turkish streets and parks are likely to remain spaces for political expression.
RELATED TOPICS