In-flight entertainment makes the time fly on board 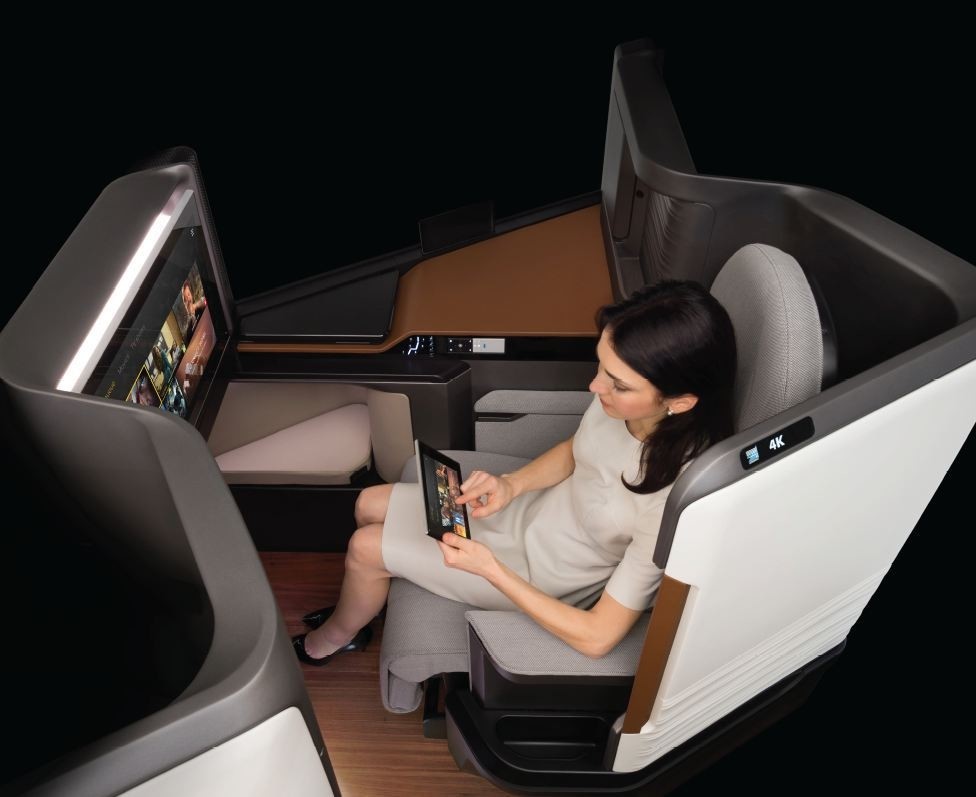 Major airlines carriers distinguish themselves from their rivals by offering better entertainment experience to passengers. As the market for in-flight entertainment is expected to reach $5 billion by 2020, more luxury choices will likely be available in the future

Humankind's dream of flying is as old as the history of abstract thought. The dream of flying was portrayed even in ancient civilizations. Drawings by Leonardo Da Vinci, the Montgolfiére Brothers' flying balloon idea, and Hezârfen Ahmed Çelebi floating on air... We never give up on our dream to fly. Today; we are not only flying in giant winged aircrafts, but also looking for some form of entertainment in flight. Flying was a dream yesterday, today it is a necessity and it has brought an unexpected need: things that will make passengers forget they are in the air, and will let them have fun on a non-stop hours-long journey. Thus, in-flight entertainment (IFE) was born.

One of the first examples of in-flight entertainment was implemented by the German commercial airship Hindenburg. The arrival of this airplane from Europe to America was planned to occur two and a half days later, and for passengers to spend time in the meantime, it included a piano, lounge, dining room, smoking room, and even a bar. Even if the Hindenburg burned down in 1937 and vanished after 63 flights in 14 months, in-flight entertainment technologies kept developing with aeronautics. 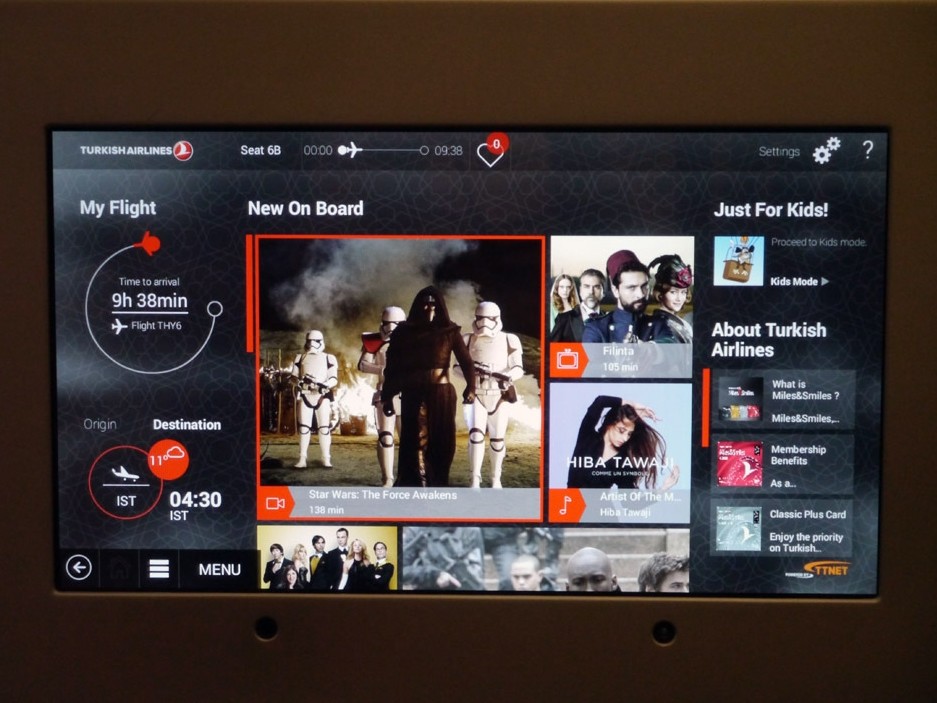 Known for a long time as a tiny overhead monitor, in-flight entertainment systems nowadays use much more advanced technologies to keep passengers happy. These systems offer internet connection, capacitive touchscreens with higher resolutions, interactive maps, USB and HDMI connectivity, a movie library with rich content and so on. Qantas, an Australian airline had even been partners with Samsung for a trial to offer premium customers virtual reality via the Gear VR headset of the latter. Another airline plans to put technologies such as wireless chargers and NFC for in-flight payments to use in its planes. Therefore, you will be able to pay for extras you bought during flight via smartphone and even Apple Watch.

Airlines such as Lufthansa allow their passenger to use their own devices by providing access to Wi-Fi. Extra information and services are also provided with applications such as BoardConnect, which allows passengers to make hotel reservations during the flight.

There are also some airlines that carry passengers' favorite technology. For example, KLM allows passengers to use Facebook, Google+, and LinkedIn so that they can connect with each other. Authorizing this system is on the initiative of the passenger for privacy reasons. But a potential business partner or a lively friend you will find after you log into the system will let you experience in-flight entertainment.

Turkish Airlines calls its own in-flight entertainment system "Planet." Along with movies and albums, it is also possible to watch documentaries and sports programs with this technology, which includes Audio Video on Demand (AVOD) service. Also, many single player and multiplayer games are in THY planes. Choices are offered ranging from mind exercises like Sudoku to games for all ages like Pop Stop. While fulfilling their communication needs with SMS and e-mail, passengers may also read news of different contents in text form.

Founder of SpaceX, American visionary Elon Musk promises cinema, restaurants, and "Zero-G" games in trips to Mars that will begin in 2024 according to an announcement. In other words, even in an interplanetary trip that will last minimum 80 days, the means of passing time comes down to audio and video entertainment. Augmented and virtual reality is seen in the future of in-flight entertainment in aircrafts bounded to the earth atmosphere. Drawings of Airbus published about this subject has evoked admiration already. Furthermore, these technologies will come into our lives sooner than we think: ''The consumer market is taking off and people who are keen on this tech expect people like Airbus as industry leaders to be aware of this, and I do foresee in the near future an opportunity for our customers to potentially have this in their cabin.'' Andy Anderson, deputy chief technology officer at Airbus, said in an interview. While all of the blessings of technology is put into our service thousands of feet above, put that puzzle from the newspaper away and give yourself a chance to watch series you missed.
RELATED TOPICS