No room for the normalization of violence against women 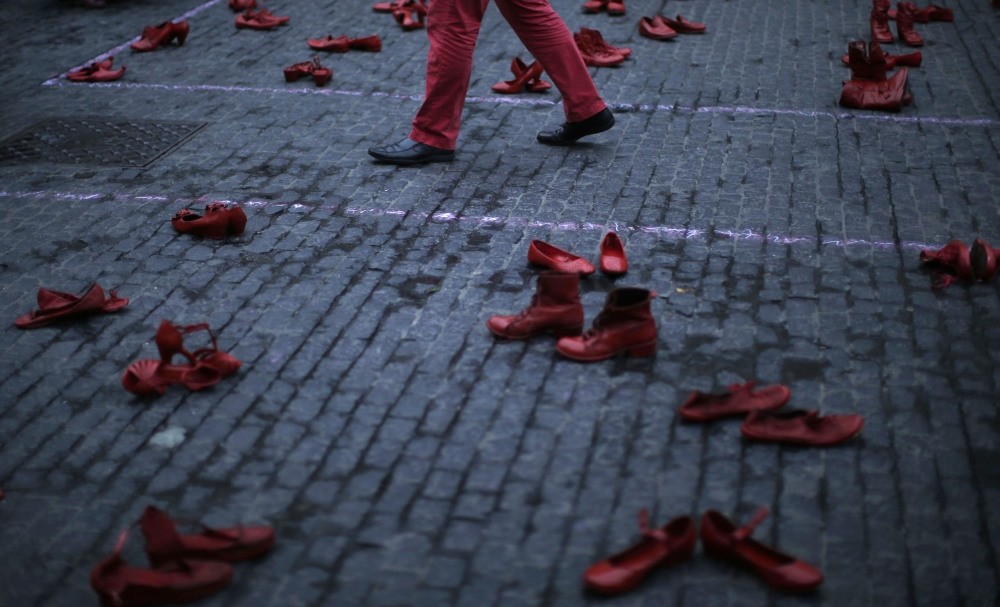 A man walks between red shoes displayed as part of a protest to highlight violence against women at the Sant Jaume square in Barcelona.
by Deniz Renkveren Nov 24, 2016 12:00 am

Ahead of the 2nd International Women and Justice Summit in Istanbul this week, speaker Derek Burrill of the University of California, draws attention to violence against women destroying families and the negative results accompanying its internalization and normalization around the world, in an interview with Daily Sabah

Problems women face are a subject that every woman's right defender or human rights activist handles in different ways, in spite of some red lines like violence against women. Associate Professor Derek Burrill from The University of California's Media and Cultural Studies Department points out that the main problem causing women more trouble is the patriarchal system which accentuates the power of men, in turn, weakening the role of women in life. Focusing on video games, masculinity and culture, Burrill wrote a book, " Die Tryin'" which discusses the cultural connections between video games, masculinity, and digital culture. With his interdisciplinary perspective, Burrill shares his ideas on woman rights in the concept of democracy, violence against women, female leadership, female workforce and other problems faced by women that have not been put in the limelight in an interview with Daily Sabah. 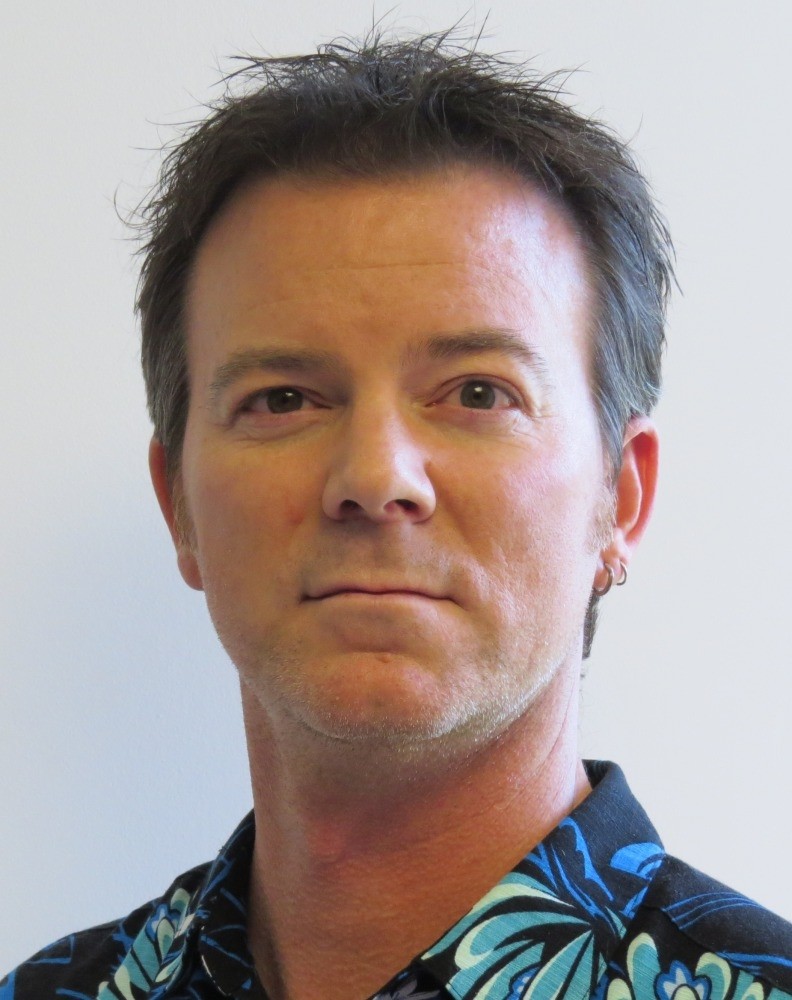 Burrill begins by indicating that a lack of equality and respect are the most common problems faced by women, as well as a lack of access to healthcare, employment, education and other basic resources. According to him, "Well-behaved women rarely make history." This is because all of these handicaps can be a very good and moving reason for women to challenge what needs changing for a better world.

Lack of equality between genders

Burrill believes that democracy is seen as an ideal and ultimate goal but still is riddled with problems regarding equality between men and women; the same problems that have persisted for centuries. Burrill says the problem derives from the relationship between democracy and capitalism: "Unfortunately, no, as the position of women in advanced democracies is still not equivalent to men. Can we even call these 'advanced' democracies? A socialist or collectivist ideology and socio-cultural structure are necessary to further protect women's rights," he said.

Violence is not only committed against women. Men are also victims of violence in a capitalist system where the profit often comes before human life. Burrill thinks that capitalism is, at its roots, a violence machine producing and reproducing violence -against the environment, against the worker, against women and children, against animals, against anything that can be seen as property or material.

"The 'masculine' way of thinking is so wrapped up in capitalist ideologies that this way of thinking can appear to be one and the same. Endless cycles of competition, violence and dominance aren't logical, nor do they have to be perceived as 'natural,'" he said.

Burrill categorizes sexism and misogyny as psychologically and ideologically pervasive. He pointed to the 50 percentage of white women who voted for Donald Trump in the recent U.S. Presidential election as an example of this disparity which contradicts the fact that Trump is perceived as sexist. He said this is because women are taught to replicate their own subjugation and accept it as normal, even acceptable. He says even radical approaches to feminism should be taken into consideration and one shouldn't allow oneself to be drawn into a discussion about which gender is superior.

He said men who see women as lesser or as a threat sadly use violence to implement their agendas and reinforce their twisted values. According to him, violence against women will continue simply because men do so without consequence or punishment. "All of this starts in the home and is learned throughout development; ultimately reinforced by external influences," he said. He mentioned that violence destroys trust in the family and make children think that violence is acceptable. "It also spills into the public sphere in cases where women cannot go to work because of injuries, leading to ostracism in the workplace if the abuser is brought to justice and if the family is not shielded by their community, destroying any basis for equality. It also leads to the cultivation of secrecy and shame. Being open and honest about domestic violence is of crucial importance. I still have trouble sharing the fact that my brother, sister and I were abused by our father. But why? By feeling shame, the abused can feel like they were at fault! The cycle is destructive and frustrating," Burrill said.

Burrill notes that there is a rarity of women in the workforce even in media and should be more female directors, writers, producers and cinematographers to have positive representations of women on the screen. He emphasized that more political leaders are necessary and essential, even if they can only implement as much change as the system they work within allows. He said only 10 percent of the legislative branch of the U.S. government is comprised of women, even though women make up 50 percent of the U.S. population. "There is no question that leadership in a democracy can only work if there is equal gender representation under the law," he concludes.

Equality between men and women is defended by many women's right defenders. However, he takes a different approach. "Well, first, maternity leave is essential for both men and women and should be a universal human right, just as a living wage should be. Second, there are physical differences between men and women, yes, but by recognizing them in the workplace, we continue to prop up traditional notions of gender differences," he said. He asserts that the idea only women can parent young children needs to be identified as sexist ideology, noting: "Employers need to work around whichever parent decides to do the child rearing."

He has some reformist ideas to support women who raise children and take care of the household. "A living wage for women who raise children and run the household would be a good start, because this is labor - extremely essential labor," he said. When we asked Burrill if he could give any advice to women, he said men, in general, have no place giving women advice unless it is requested. "They [men] should also never write or enact any law that interferes with a woman's psychological, emotional or physical autonomy," he said.

"I hope that someday men will be mature and intelligent enough to realize their part in the oppression and subjugation of women and that they will promise to hold other men accountable for their destructive and counterproductive behavior, actions, and ideologies toward women and girls. Then, perhaps we will be able to build a world in which men and women are truly equal. I also hope that we stop putting so much of the responsibility for change on women - men must acknowledge their responsibility and role in the struggle."

He has also a message for families who are raising young girls: "Make sure to tell them that they can do anything that men can do and that they should never accept less respect, less representation or less pay than men. Also, make sure that you surround yourself with good people - men, women and others - that believe in social and economic progress for women and push and encourage each other to be involved and enact the kind of change you want to see."

Derek Burrill will deliver a speech during a session titled, "Cultural Codes and Manhood" on the second day of the 2nd International Women and Justice Summit. The gathering, held by the Women and Democracy Association (KADEM), will take place from Nov. 25-26 at WOW Istanbul Hotels & Convention Center in Yeşilköy. On Nov. 25, the U.N. will also mark the International Day for the Elimination of Violence Against Women.
RELATED TOPICS