The evolution of Ottoman-era secret services 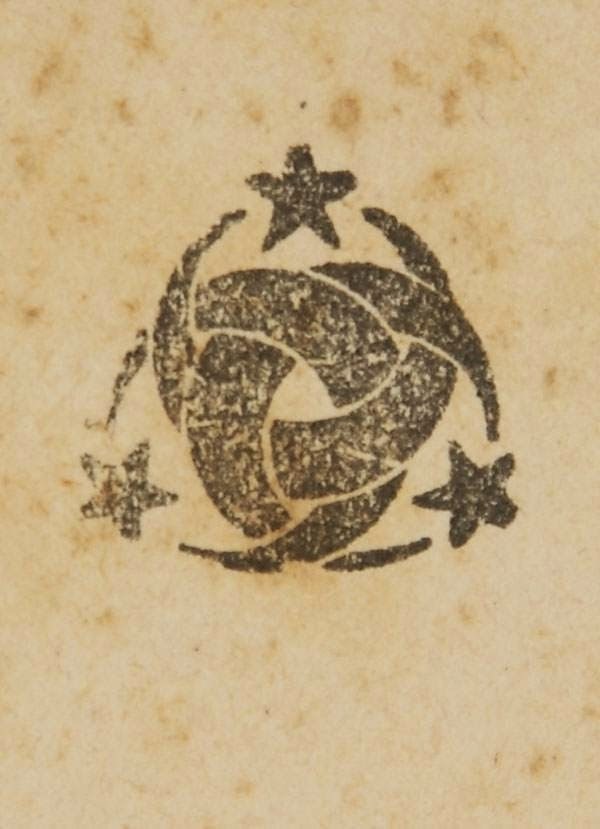 In 1876, two sultans succeeded to the Ottoman throne. The first, Sultan Abdülaziz was toppled from the throne in a coup and murdered. His nephew Sultan Murad V who succeeded him went mad following a series of events and was also dethroned, and went to live in the Çırağan Palace. Sultan Abdülhamid II, who promised to institute a constitution, ascended to the throne, replacing his brother Murad V. Two years later, he managed to tackle two failed coups, orchestrated by freemasons and supported by Britain, which wanted to put the former sultan on the throne.

Sultan Abdülhamid himself was also the target of some failed assassination attempts. All these incidents pushed the intelligent and cautious sultan to take strict measures. They also forced the sultan to become an introvert emperor. When he was a Shahzade, he was very outgoing and social. He always used to say: "Being alert is the key for security. First you have to be alert, then you can concern yourself with security." He did not believe or put his trust in anything or anyone before taking the necessary precautions. The Yıldız Intelligence Service, which was known for its sleuthing, was born under these circumstances. Sultan Abdülhamid was the first Ottoman ruler to start a modern intelligence service, establishing the institution in 1880.

In the classical era of the Ottoman Empire foreign intelligence was acquired by "Akinji," an irregular light cavalry unit, during times of war, and by travelers and merchants in peacetime. For instance, the free trade city of Dubrovnik was also an intelligence center. "Asesbaşı," a Janissary officer who dealt with internal security affairs, was the police chief. The "böcekbaşı," a kind of municipal police officer, was in charge of following up unidentified murder cases and arresting the murder suspect. Böcekbaşı also employed female officers at his disposal for murder cases. There was also another group called "Çuhadar" in the Böcekbaşı's team who took care of domestic intelligence. "Ases," who were neighborhood watchers, also assisted domestic intelligence. Everybody in the neighborhood was a guarantor of their neighbors and they were obliged to report anything out of the ordinary.

During the reign of Sultan Mahmud II (1834), the "Zabtiye Müşirliği," which is the modern day equivalent of police headquarters and dealt with intelligence for the Ottoman imperial system, was established. Informers who were responsible for reporting what was going on in the country to the headquarters were assigned. The secret police service, which was modeled on its French equivalent, was founded by Grand Vizier Reşid Pasha; and a Greek Ottoman citizen named Civinis was assigned director. When Sultan Abdülhamid ascended to the Ottoman throne he felt the need to form an intelligence network that surrounded the entire country starting from the court. Grand Vizier Said Pasha proposed Sultan Abdülhamid II connected this organization to the palace and wrote the regulations himself. Said Pasha also served for the Young Turks' government. 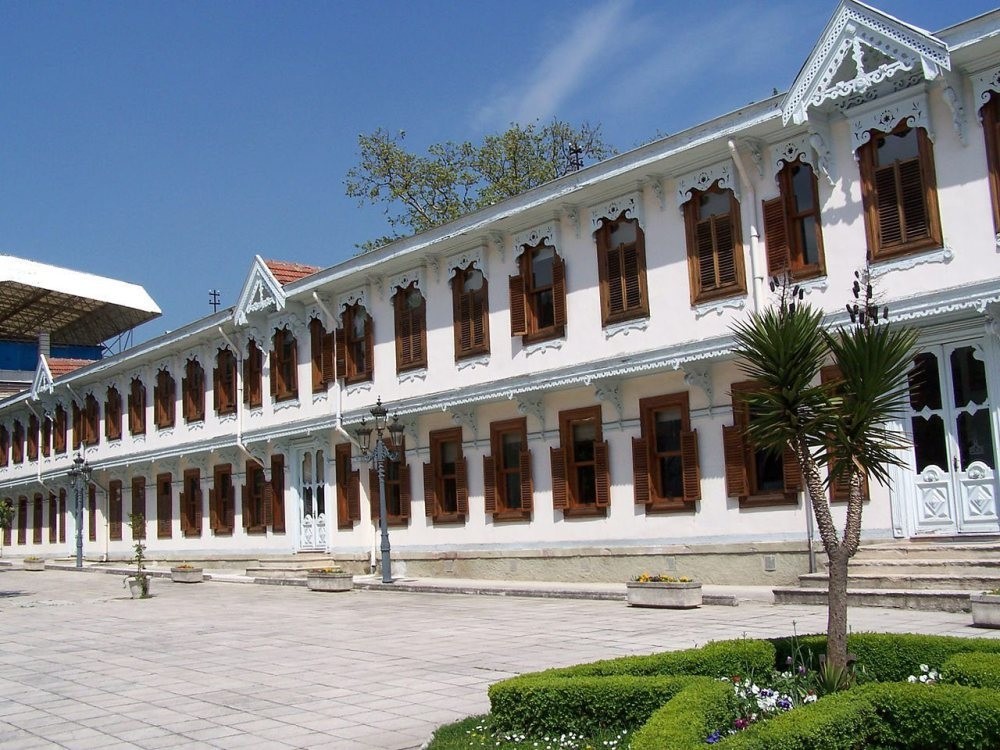 Special intelligence service reports used to be sent to the Yıldız Palace in Istanbul.

The sultan found getting intelligence officers on his side necessary, and he did it by offering them gifts. He perfectly analyzed the era he was living in perfectly and knew that people's ethics were weakened. He believed the best way to earn people's loyalty was through money, medals and ranks. Hence he managed to put together an intelligence service of 30,000 officers according to the rumors. The world "hafiye" ("spy" in English) was an Arabic word, meaning "secret." Apart from officials, there were people from different professions and nationalities such as dervishes from Kaşgarlı, a mullah from Daghestan, a beggar from India, a traveler from Sudan, a sheikh from Libya as well as Kurdish and Afghan citizens, Tatari hodjas, actors, jugglers and illusionists were among the intelligence network set up by Sultan Abdülhamid II. Provincial officers and even embassy employees were included in the network. Even senior state officials, concubines and aghas who were offered as gifts from the palace were involved in the intelligence business and reported back to the Ottoman court.

Spies delivered the intelligence they gathered to the palace in written form, sealed. The sultan read all these reports in person and delivered those that were in need of further investigation to his personal secretaries after he cut out off the part where the signature of the spy was visible. He kept them all. When he was dethroned, reports that were never opened were found. Most people were surprised to see that the reports written by the Young Turks. It took days to burn all these reports following the dethroning of the sultan.

The intelligence reports were supplied in case of an emergency even if the sultan was not present in his office, and even he was in the shower. This way the sultan was aware of what was going on even in the remotest part of his empire. One day, chief spy Kadri Bey who was assigned by the sultan with a report for further investigation, laughed at the task unavoidably, thinking that it was not an important issue. After laughing, the sultan said: "If I dismiss you right now, you can erect a stall in front of the Yeni Mosque and work as an attorney. If I do not put weight on these issues, the only place that I would head to is the grave." Nevertheless, the investigations conducted for most reports turned out to be in vain.

In time, the importance of these reports declined. Everybody began to report on each other. Absurd rumors and even slander began to be reported. Even though the sultan was aware of this, he turned a blind eye in efforts to keep his network running. Back then, the state officials did not befriend each other and even the minister did not do house visits. Everybody was suspicious of each other. Those who were not even guilty were being punished along with the guilty. The spies who were easily recognizable with their red fezzes became hated people who scared everyone.

The Young Turks were successful in benefiting from this environment and disseminated propaganda against the sultan on this basis. This strict intelligence network failed to save the sultan, who was exhausted after carrying the heavy burden of 33 years on the throne.

People who deeply loved Sultan Abdülhamid but were attacked by the spies turned away from the sultan. Moreover, it is very notable that the Young Turks managed to infiltrate the palace as officers, a fact that remained unnoticed.

When the Young Turks came to power in 1908 after toppling the government, this institution was repealed and "Teşkilât-ı Mahsusa" filled its space. Some spies were exiled, while some were lynched and some were assigned new tasks in the new regime. The spies at Teşkilat-ı Mahsusa were active in following and reporting on the people that the Yıldız Intelligence Service spied on. Aside from intelligence services, they had operations both at home and abroad. In 1927, another intelligence service "Milli Amele Hizmeti" (MAH) was founded in the place of Teşkilat-ı Mahsusa with the support of the Germans. When Turkey was under the influence of the U.S., it used to work as a local branch of the CIA, especially after 1953. In other words, international intelligence was provided by the CIA, while the MAH was the local branch of the operation.Based on some accounts that emerged from the period, the CIA used to pay the MAH about 100,000 old Turkish liras while Britain paid 30,000, France 8,000 and Italy 4,000. Behçet Türkmen, then head of the MAH, was a partner of Coca Cola in Turkey and was the father of İlter Türkmen, who served as an ambassador and foreign affairs minister. Although the then Prime Minister Adnan Menderes learned of and tried to cancel this connection, it brought him nothing but trouble. After May 27, the 1960 coup d'etat, the MAH was re-established as The National Intelligence Organization (MİT), which rus under the prime ministry. During the term of former Prime Minister and later President Turgut Özal, it was demilitarized. A number of people of Caucasus origin are known to have engaged in the intelligence service following the establishment of the Teşkilat-ı Mahsusa.
RELATED TOPICS