The Cat Who Always, Always Walks by Himself 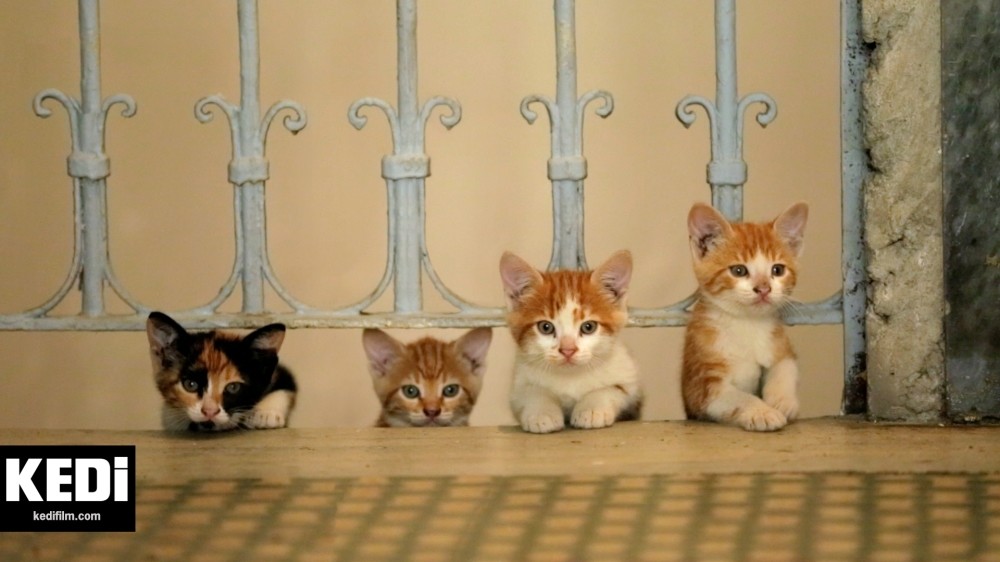 This week, per usual, there is so much to write about; politics, tragedies, the economy. But perhaps this is time for a bit of light relief; let's take a look a bit closer to home. One constant in Turkey's landscape are cats, be it a domestic animal or a feral cat. Cats are everywhere, and are an important part of Istanbul, or any major city. But how did cats enter our lives, and how important are they?

This week we got a new cat. Like all the cats we have ever kept (or rather all the cats who have kept us to take care of them) it was an accidental arrangement. An orphaned cat, looking for a home, an orphaned cat that is the mirror image of our 6 year old - orphaned as well - came into our homes and hearts.

Cats have always been a part of our life. Back in the days when we lived in London, I opened the cupboard in the kitchen to find flour and rice all over the shelves and small black pellets all over the floor. I immediately rang the council. "We have mice. I have a three month old baby. When can you come and exterminate?" "Luv, if it was rats, we'd be out today. Mice aren't urgent. We can come out in two to three weeks." 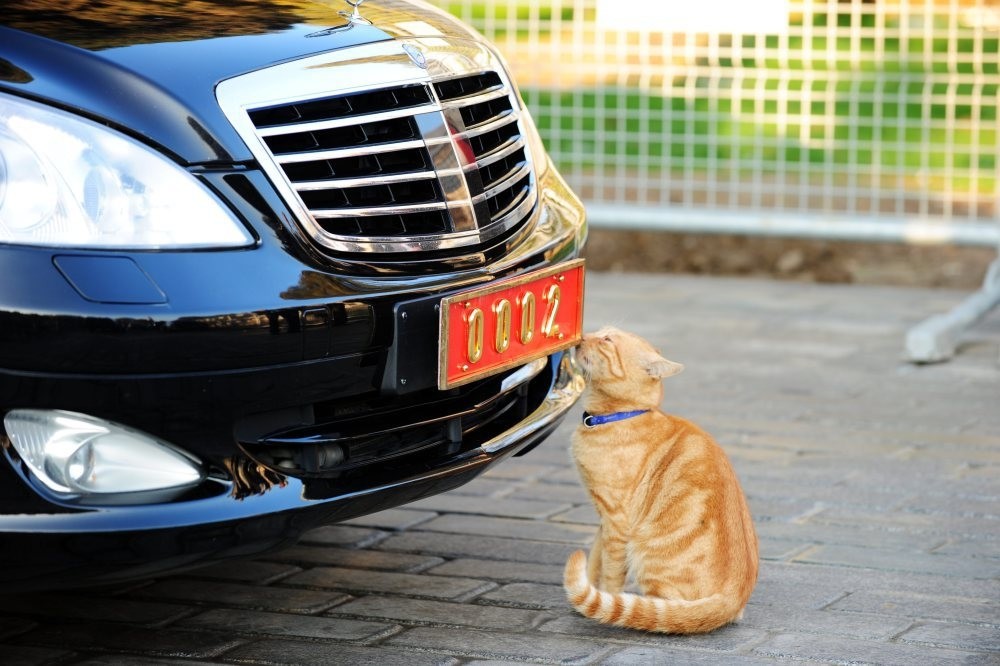 Just as I sat down in despair the doorbell rang. I ran to the window and looked out. Three small blonde heads looked up at me. Holding up a black object, they asked "Would you like a cat?" I immediately invited the little angels upstairs. They had found a cat, and had been hiding it from their mother for a few days. Today, their mother had found it in the laundry basket and told them to find a new home for it immediately. They had been trudging up and down the street asking everyone if they wanted a cat.

All the years I had lived in London I had never had anyone stroll up to my door and offer me a cat. And here these three little ones were, in the same hour that I had discovered mice in the flat. I told the children that I would gladly take their cat and give it a home. 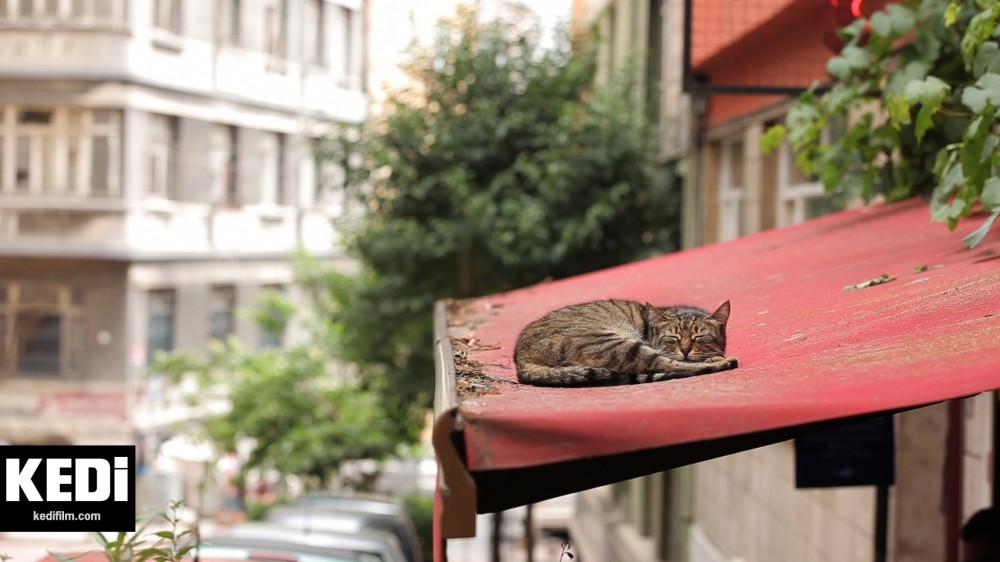 Within a day there were no more mice in the flat; they decided to find somewhere without feline influence. A month later, the cat, named Siyah because, as you can guess, she was pitch black, moved to my parents' home in the Oxfordshire countryside, where she lived out her life. I often remember Siyah and the great service she provided for our little London flat.

The theory of how cats came into human lives runs along similar lines. Some family, or some woman, at some point found her cave-larder overrun with rodents. And along came the cat. The cat got free food, the householder (cave holder) got free extermination services, and the relationship continued.

We have had cats that have brought us birds, rats, and many other interesting objects. They always were highly offended when we wrapped the gift up in an old rag or newspaper and threw it out. 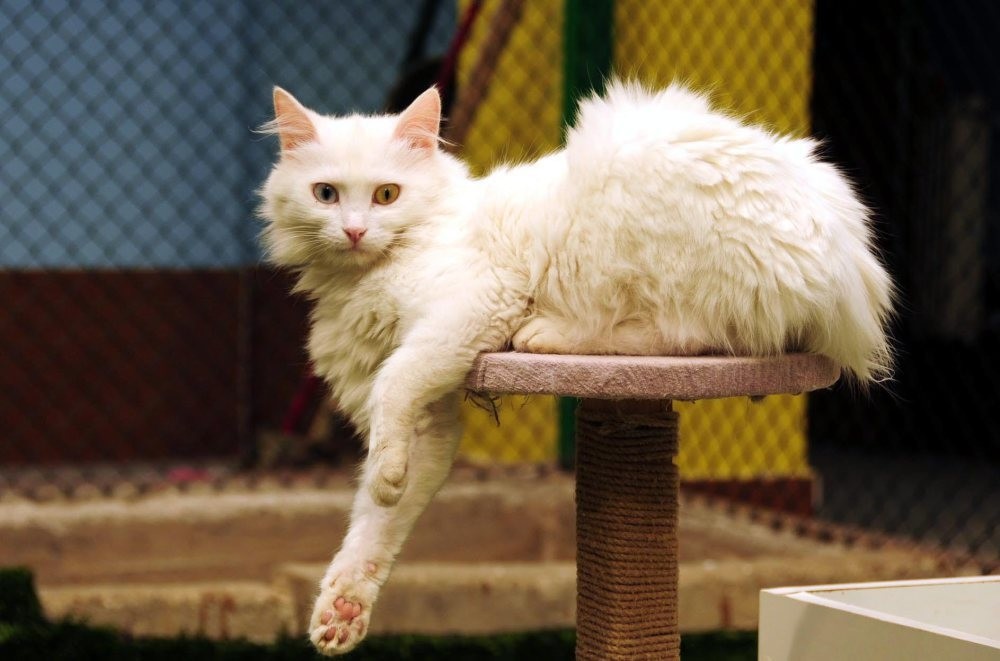 "What's wrong with these people?" they thought…."I went to all that trouble, and they just toss it out."

Feral cats are not unique to Istanbul. The worldwide population of feral cats is thought to be 100 million or more. There are feral cat colonies in Rome, and on Aoshima, a Japanese island, feral cats outnumber human residents six to one.

We have benefited from the Istanbul feral cat population. Of course, we have had the standard pure-bred Siamese and Persian. But my favorite cats, the ones with brilliant personalities, have always been the street cats, the purebred Istanbul moggy. Calico, tabby, it just doesn't matter. The Istanbul cat has attitude. They come into your house, and just as easily walk out again. One cat, half Persian, half God-only-knows-what (I suspected that the father was a lynx or bobcat; his son was so huge and wild), only tolerated our home for a few weeks before jumping out the first floor window to run to freedom. Others came and went; they would be gone for three days, for a week, and then wander back in as if nothing had happened (although the filthy paws being a dead giveaway).

The cat is the second most common pet in the U.S., following the gold fish. In the U.K. the cat is beaten out by both dogs and fish, coming in at third.

It is interesting that domesticated breeds of dogs, horses and cattle can be dated back over 500 years, but most modern cat breeds have only appeared in the last 50 years. I guess the message is that cats don't really like to be messed with.

There is an argument among academics about whether cats are domesticated or semi-domesticated. If you ask me, cats are definitely domesticated; but only in the sense that the house belongs to them. The humans are there to take care of them. Forget to feed your cat or clean their litter and you will see what I mean. We take care of dogs and they run around, trying to please us, thanking us and guarding us. We take care of cats, we do everything for them, and they walk away with a superior look. That's a cat for you.

One of the best descriptions of how the cat became domesticated can be found in Rudyard Kipling's Just So Stories, in The Cat Who Walked by Himself.

In this story, the cat comes to the cave and gets some food from the woman. But he does not want to stay, unlike the dog. The cat says 'I will play with the baby, sit by the fire, catch mice, but I will be the Cat Who Walks by Himself.'

The man makes a bargain with the cat. He tells the cat: "Catch mice or I will throw my shoes (and other objects) at you, and so will all men for all time."

The cat agrees to catch the mice but says: "Still I am the Cat Who Walks by Himself, and all places are alike to me."

The man does not think that is enough and says that for that answer he will always throw his boots and ax at the cat. He continues: "And so shall all proper Men do after me!" (And that explains why men throw shoes at cats).

The cat keeps his side of the bargain, "He will kill mice and he will be kind to babies when he is in the house, just as long as they do not pull his tail too hard. But when he has done that, and between times, and when the moon gets up and night comes, he is the cat that walks by himself, and all places are alike to him. Then he goes out to the Wet Wild Woods or up the Wet Wild Trees or on the Wet Wild Roofs, waving his wild tail and walking by his wild lone."

And that, my friends, is the domestic cat.
RELATED TOPICS