Place of worship on a prairie: Sancaklar Mosque 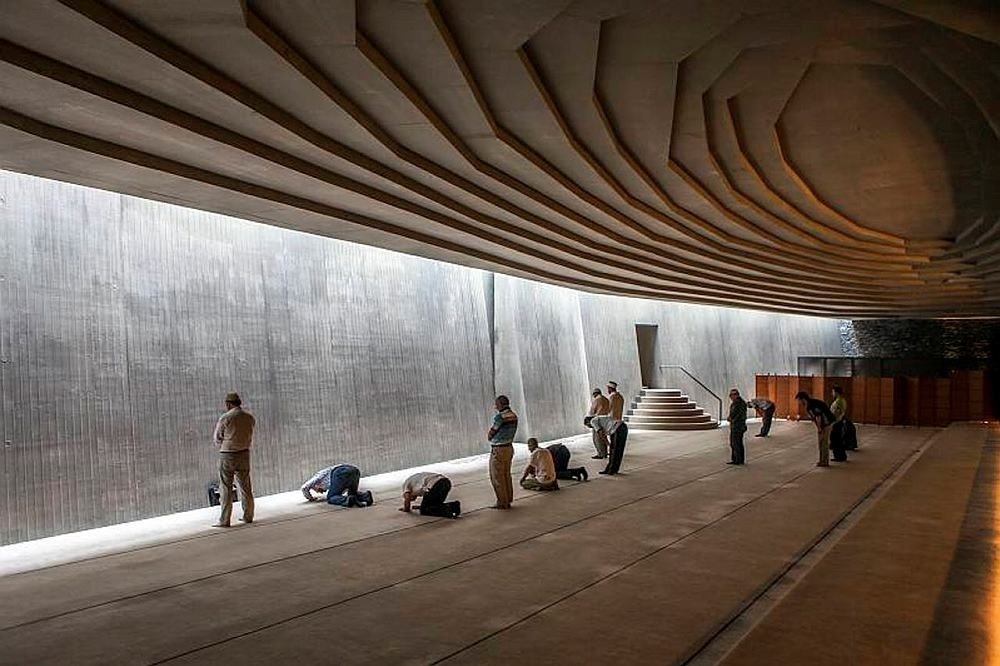 Istanbul's expat community mainly lives between Beyoğlu, Kadıköy and Beşiktaş, and there is much to be discovered like the Sancaklar Mosque, an award-winning underground mosque in Büyükçekmece, lying on a quiet prairie

I went to a Catholic school in Seattle. They had commissioned an architect who had studied with Le Corbousier to build a chapel on their campus. It wasn't at all shaped like a traditional chapel - rather than taking a cross as its design, it was based on a "bottles of light" concept where daylight poured in through seven stained-glass windows and made the humble space reflective and calm. (You can Google Seattle University's Chapel of St. Ignatius if you're interested.) Some of the local Catholics grumbled about its modernness, and while I am not at all religious, myself and most of the others on campus appreciated the beauty and soulfulness of the place. 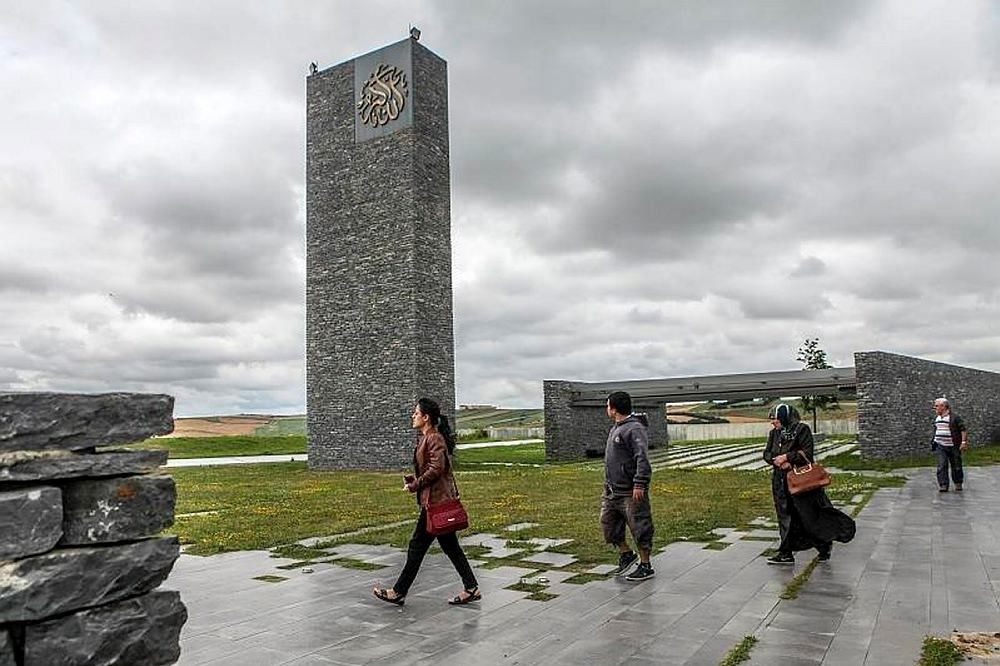 So I was struck when I heard about Sancaklar Mosque, a new architectural feat on the way distant outskirts of Istanbul. It was designed by Emre Arolat Architecture, who specifically wanted to contrast it to classical Ottoman styles. As a mosque "does not have a predetermined form and anywhere clean may be a prayer room," according to the concept published on their website, they too scrapped the traditional Ottoman design of domes and İznik tiles for something unique - stone walls, monoliths and caves. Unlike, I think, every other mosque on the planet, this one is underground.

Since we don't have a car, we made the ridiculous decision to go via public transit. I had to check the map twice - was Büyükçekmece even in Istanbul? My friend Harriet and I looked at the Trafi app (which if you don't have, I don't even know how you've been getting around this tangled gnarl of a city), and it told us we could actually get there on the bus. Two buses really, and then a 20-minute walk. It sounded, in theory, possible. We chose a sunny Saturday afternoon and set off. We took the boat to Beşiktaş (because we wanted to stop at the bazaar), took the nearest available minibus up the road to Zincirlikuyu, and hopped on the Metrobus. We stayed on it, all the way to the end of the line. How many people reading this article have ever been to Beylikdüzü? It's not the most wildly exciting journey, taking buses to the edge of the city, but it did throw into sharp relief how contained my experience of the city is - me and all my friends live our entire lives here between Beyoğlu, Kadıköy and Beşiktaş, and we bring our guests to Fatih once in a while to show off the old mosques. We had to go far beyond that to find something new.

After completing our tour of the Metrobus line, we had to get on another bus, one that did not accept my friend's Mavi Kart. We had left the outer reaches of the city. We were on Istanbul's Mars. We passed a number of ghost shopping malls and apartment complexes, occupied by anyone. Who were all these people? What were their jobs? How could any city just go on and on like this? The commute made me curious. The whole journey took about two hours, one way.

We were let off near a university whose name I will never recall at the end of a bus turnoff in the middle of an open field. The rolling hills of Trakya stretched in front of us. The air smelt piney and fresh. A cement truck rattled past - even out here on the empty highlands of the city, where urban development still continues.

You'd think you'd be able to escape it. We passed a series of gated communities, some finished, some not. We found a dead snake in the road, which was pretty cool. I got a bunch of prickles and stickers affixed to my shoelaces.

About 10 minutes down the road, we saw the Kubrick-esque monolith - the minaret -of Sancaklar. On the left side of the road - condos. On the right side - the stonewalls of the mosque, and then nothing but prairie all the way to the horizon. There were only two cars in the parking lot. I expect people make special trips out here to view the space (and I bet almost nobody comes on the bus), so it felt pretty empty.

We took in the collection of freestanding stone structures and walls, which reminded me a little bit of an English village. I half-expected to find sheep wandering around nearby. We rambled down the grass-covered concrete stairs, which slanted and shuttered down the slope in curious geometry. Some dogs were hanging out by the reflecting pool. We took off our shoes and went in.

It was a cave of grey stone and slanting light. The ceiling looked like it split-leveled itself after an earthquake. I couldn't take my eyes off it. It was quiet - quieter than most sacred spaces, I think, due to it being underground and the minimalist decor (and the total lack of people). It felt ecumenical, save for the giant gold waw, a letter in the Arabic alphabet having symbolic significance, printed on the wall. A vast underground space for prayer with stairs on the ceiling, leading up somewhere beyond yourself.

The isolation of the site in the landscape, the curious yet never-ending commute and the beauty of the Sancaklar Yeraltı Mosque make the trip all worth it. If you want to visit, take the metrobus to the end of the line and get on bus no. 418. Get off at the last stop, Şehit Ömer Halisdemir, before the bus loops back around. Walk along the road, keeping to the left, and follow it to the left when it splits as it curves down the hill. This will take about two hours, one way. It's a long trip. It's nice to escape the city for a while and smell real air, rather than diluted exhaust, and reflect for a moment in an unusual sacred space.
RELATED TOPICS