Tea: Everything you need to know about a Turkish obsession

Without any doubt, tea is a way of life for Turkish people. In the late 19th century, tea used to be a luxury commodity. It was in early 1900 that tea cultivation began in northeastern Anatolia and it quickly spread around the region, becoming a cultural beverage that is consumed any time of the day

Tea culture arrived in Istanbul in 1856 from British and French soldiers that came to the city as allies in the Crimean War that broke out in 1853. Tea parties that were held at the embassies also became popular among the city's socialites and Turks were reintroduced to the drink. Once tea found its way into Istanbul homes, guests were offered not only a cup of coffee but also tea. 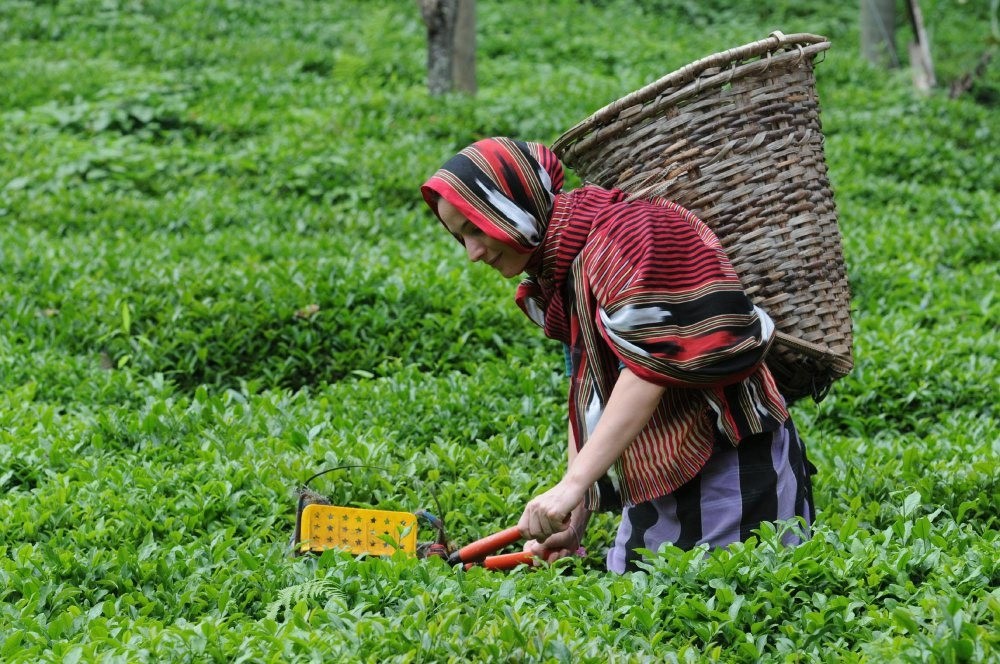 Anatolia's encounter with tea culture is more recent. Tea and samovar (a kind of tea pot) were brought to Anatolia by immigrants coming from Caucasia in the second half of the 19th century. However, both tea and samovar became so popular that they turned into an inevitable part of daily life. Tea even competed with coffee and toppled it from its throne. It became a drink that is appreciated by people from every class and background.

Ottoman Sultan Abdülhamid II loved tea; but Sultan Mehmed V was addicted to it. The tea seeds that were brought from Japan in 1878 were planted in Bursa; however, the cultivation failed. When it was understood that the Black Sea region was more suitable to grow this plant, the first tea seeds were planted in Batum in 1918. Ali Rıza Erten, the principal of Halkalı Agriculture School, was known as the first person who tried tea cultivation in Turkey. A law regarding tea was introduced in 1924 and the seeds brought from Batum were planted in Rize. The result was promising. The very first tea factory in Turkey was established in the same city in 1947. The state established a tea monopoly right away lasting until 1984. 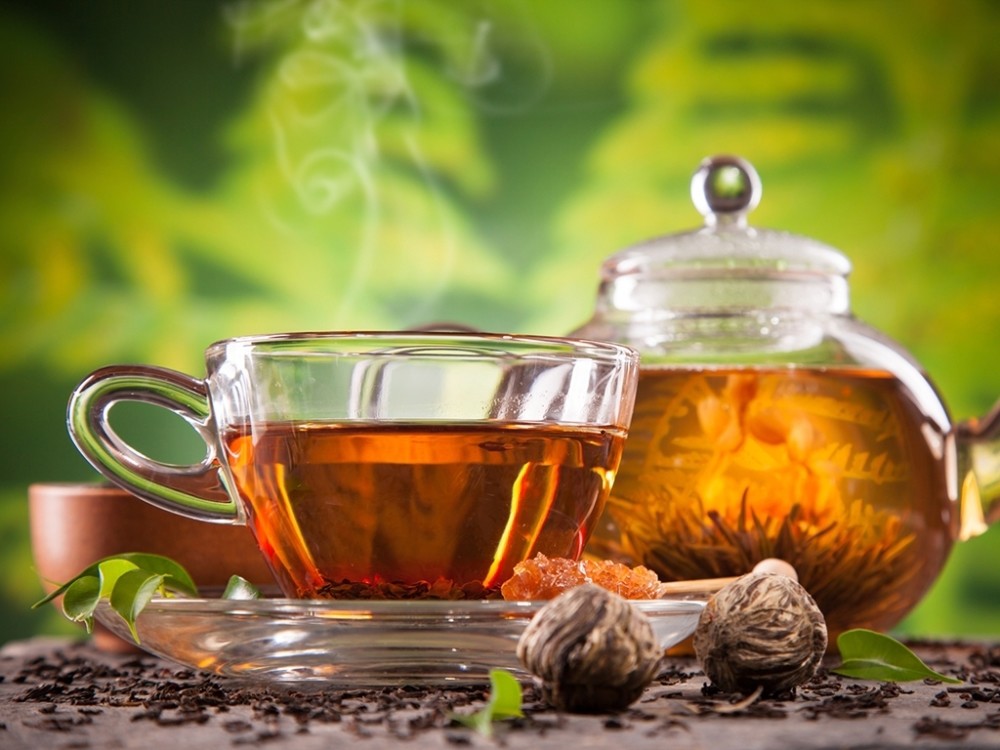 Tea originated in China. Chinese emperor Shen Yong, who reigned in around 2,500 B.C., only drank hot water as he was obsessed with hygiene. Based on some historical accounts, on a sultry hot summer day, two leaves dropped into the glass of water while he was drinking in the garden. The emperor admired this refreshing beverage. Confucius also praised tea. In 758, philosopher Lu Yu penned a book titled "The Classic of Tea" in which he gave instructions on how to cultivate, make and drink tea. The Japanese also loved tea very much and created a "Tea Philosophy." They offer tea with a ritual called "Chanoyu." Japanese poet Okakura Kakuzo talks about tea in his book titled "The Book of Tea" in such a way that amazes its reader.

When it came to Europe, they learned about tea from Venetian merchants. However, the Portuguese began to make its trade starting from 1560. As it was very expensive, tea was sold in pharmacies and only the wealthy were able to drink it. In 1650, a merchant named Peter Stuyvesant shipped the first tea leafs from the Netherlands to Nieuw Amsterdam (now modern-day New York in the U.S.).The production in China was dominated by the British. When they lost this monopoly in 1833, the British began to produce tea in India and Ceylon, overruling the monopoly of China in tea production. Hence, the British managed to take over the tea market without any quarrels.

There are two main types of tea: One is black tea, which is fermented, and the other is green tea, which is unfermented. While Anatolia dotes on black tea, Turkistan swears by green tea. Black tea is highly processed. To make it, tea leaves are first hung on hooks and dried in hot air. Then the natural sugar is sifted by squeezing the leaves and the leaves are fermented in a moist and cool place. Following this, the leaves blacken and they are picked over from their stems. The process of making green tea, on the other hand, is quite easy. Green tea is in lighter color and has more acids. It is often used as a diuretic. Black tea is more delicate; it should be kept in a dark place in a closed box. There are also teas that are aromatized with fruit and flower oils. The most aromatic tea is Earl Grey, which is made by mixing bergamot oil. 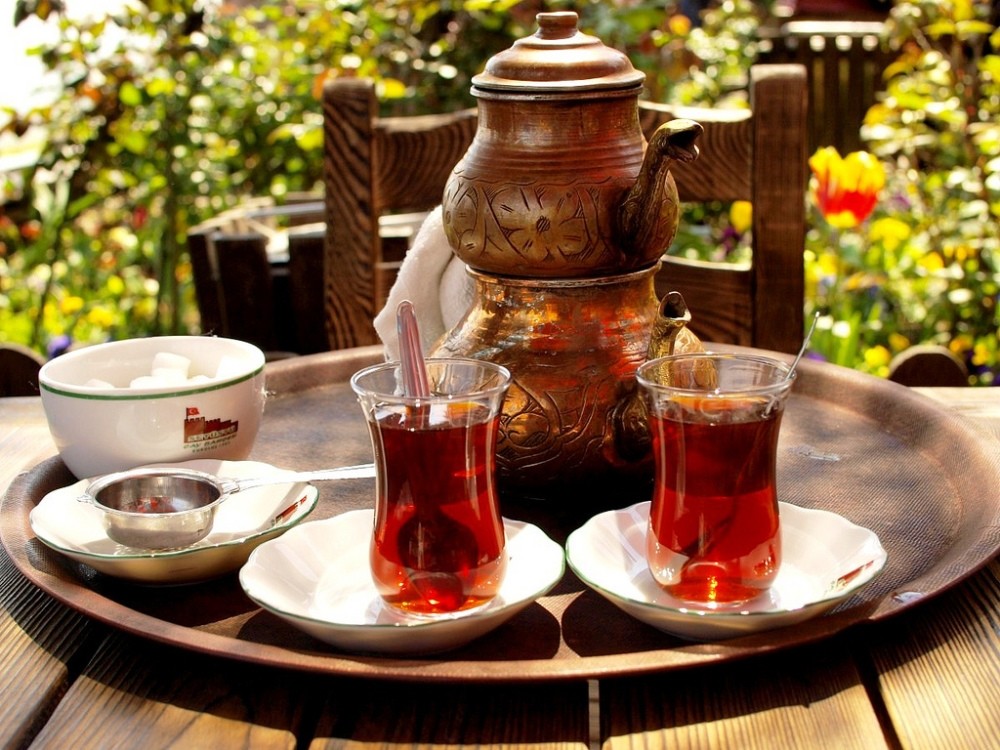 North African indigenous people, the Tuareg, pour boiling water over green tea leaves. They drain the leaves and pour boiling water on them again. After waiting for three minutes, they add two or three mint leaves and sugar before offering them to their guests. The Arabs prefer black tea with mint as well. The Tibetans add butter and salt while making tea while the Mongols add flour to their tea. The English drink tea with milk; some add brandy as well. In the cold country of Russia, where people love tea, green tea leaves are placed in a small cup abundantly and boiled water is added. To be able to inhale tea's sweet smell, they first pour it to tea saucer then drink it. The tradition of "kıtlama" (biting a piece of sugar cube then having a sip of tea) and adding lemon slices in tea in the eastern provinces of Anatolia originate from Russia. Samovar, which is believed to bring good luck to the household and protects the house from the evil, was also introduced by the Russians to the land of Anatolia. "Sema-vira" means "the thing that burns itself" in Russian. In fact, the Anatolian villagers who first saw a samovar were very surprised and asked "How the fire continues to burn in water?"

Tea as a past-time activityFor a long time in the past, breakfast and dinner remained as the two main courses. In 1708 in England, when the Duchess of Bedford felt herself like "a ship that is about to sink" around mid-afternoon, she began to have an additional meal around 5:00 p.m. She ate small cakes, bread with some butter and of course a cup of tea. Thus, the tradition of five o'clock tea was born. During this time, the English were the people who consumed the most tea. Lady Astor said to Churchill, "If I were your wife, I would put poison in your tea" and Churchill answered: "If I were your husband, I would drink it."

Caffeine in tea causes vasodilatation of the capillary vessels in brain; when blood pressure declines, the pain eases and relieves people. Once the capillary vessels on the skin enlarge, the excessive heat is disposed, the fever comes down and the person who drinks tea cools off. Drinking tea eases digestion and it does not cause stomach acid. Moreover, tea revives, increases wellness and is a very effective to cure for mental fatigue. Vitamin B in tea leaves passes to the water while they are steeped. Moreover, tea leaves features Vitamins E and K as well as beneficial minerals. The copper and iron in tea is good for anemia and flora, and the aluminum in it protects teeth. If tea is drunk five minutes after it is steeped it works as a stimulative and as a tranquilizer if it is drunk after 15 minutes.

Tea has long and narrow leaves while its flowers are colorful. Tea leaves are harvested up to four times a year. The first harvest in May, "The Emperor's Harvest," is favored as the tea leaves are small. Tea leaves grow in hot and very moist places. It requires excessive rain and temperature difference between day and night. All tea producing countries are on the 36th latitude. Among these countries, China, India, Ceylon and Japan are the pioneers. The quality of tea is related to its leaves. Tea originating in India is more favorable than tea originating in China.

The U.S. also owes its independence to tea. The revolt, which broke out because of the British who wanted high customs for imported tea, is known as Boston Tea Party and the revolt sparked the Americans' fight for freedom. Maxim Gorky, Leo Tolstoy, Henry James, Rainer Maria Rilke and Friedrich Nietzsche were all tea lovers. 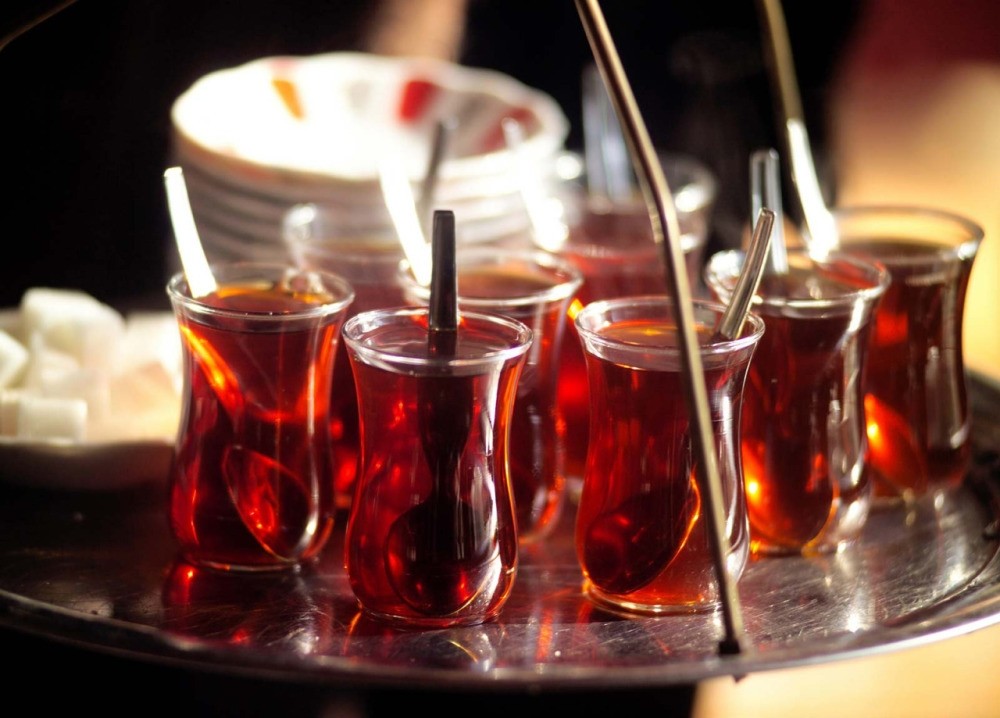 Khoja Akhmet Yassawi was a famous religious scholar who lived in Turkistan during the 12th century and traveled to Cathay located near the Chinese border. During a very hot day while he was catching his breath on a roadside, he said a prayer for the wife of one of the villagers who was in labor. The birth of the baby went smooth and the villager offers a cup of tea to Yassawi. When he drinks his tea, which he had never seen before, he relaxed and cooled off. He opened his hands to the air and prayed: "My God, let this beverage spread. Those who love us drink and benefit from it." The popularity of tea among Turkistan, especially among Sufis, is mostly associated with this prayer as it keeps the dervishes awake and their minds open also known as "Awliya Soup." There are even hymns about tea.

There are some necessary steps to prepare and enjoy a good tea. Tea must be poured in a small and transparent glass and it should be hot to burn the lip a little bit. In teahouses, some customers may feel distressed if a cup of tea is brought half full. Until 1950, the price of tea was very expensive and the prices fell down after that year. Turkish people, who used to drink soup every morning, now cannot think of a day without tea. If it is served with some fresh pastries and cookies, tea is irresistible for Turks.