The truth is inconvenient 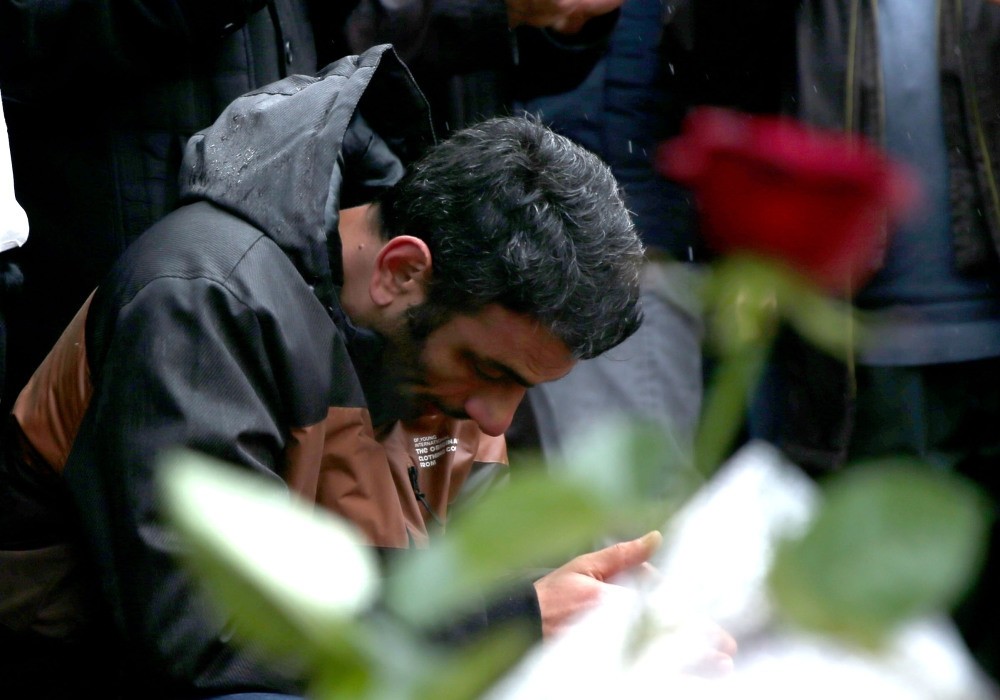 On Sunday, the Independent published an article by Patrick Cockburn; as it attracted my attention, it goes without saying that this article was concerned with Turkey. Unfortunately, the article, per usual, is full of facts that are just not in keeping with the actual truth

"The bombings will no doubt be used by Turkish President Recep Tayyip Erdoğan to justify his proposed assumption of more power under a new bill just submitted to the Turkish parliament."

First of all, to tie the outrageous massacre of police who were on duty to protect the people, as well as the "collateral" damage of innocent civilians, to the thesis that President Erdoğan wants to garner more power is disgraceful. This was a tragedy, and the Turkish people are angry and deeply saddened.

But perhaps Mr. Cockburn has found the truth inconvenient. That actually would be the fairest assumption. One would like to think that a journalist of Mr. Cockburn's standing would have bothered to read the new bill. After all, it has been published, and I hold a copy in my hot little hands. It wasn't hard to find.

One can only assume that Mr. Cockburn didn't take the time to read the bill. If he had, he would have learned what Turks have known for a long time, and what most Turks have openly been saying. The bill to amend the Constitution is designed to limit the powers of the president. When I have uttered this sentence in the past, I have been met by blank uncomprehending stares from my Western counterparts. Who can blame them? Everything they have read to date has told them the opposite is true.

The president in his role as executive can introduce regulations. However, any regulation introduced by the president will not go into effect if it is in direct contravention of an existing law. In addition, if Parliament introduces a law on the same matter, the president's regulation will be null and void.

I would love to know on what basis, on what facts, Mr. Cockburn bases his claim of a "proposed assumption of more power." Whatever he had access to is not the bill that will change the Turkish constitution into one of the most democratic constitutions in force at the present time.

Add to this the claim that Erdoğan is rewriting the Constitution to give himself more power. As we see above, the Constitution does not give the president more power. On the contrary, the bill limits the power of the office of the president, creating a true executive post. More importantly, Erdoğan is not rewriting the Constitution. A parliamentary committee has drafted the bill, and all parties were invited to participate and contribute. The Nationalist Movement Party (MHP) has committed to support it and played a significant role in developing the changes.

Under a state of emergency, it is only to be expected that the elected leader of the country be given extra powers to introduce measures to bring terrorism under control. And that is what has happened and what is happening in Turkey.

Turkey faces threats from three terrorist groups. But when moves are made by the government to eliminate these threats and to bring security and peace to the country, all that can be heard from our Western neighbors is concern that "things might go too far" or claims that "they have gone too far."

Such concerns may be well meant, but the attitude that leads parties to utter them is nothing less than Orientalist. Allow me to say such sentiments smack of the White Man's Burden. Europeans and Americans assume that it is only they and a small percentage of the Turkish populace that have had the "right" education who can have these concerns.

But to say that the people of Turkey, as a whole, do not share these concerns would be absolutely wrong. We do. And that is the crux of the matter. The Turkish people are not so blind, nor so stupid as to not be able to see what those in the West can apparently see so clearly. What hubris they display when uttering sentiments that imply only people in the West can be concerned about freedoms and democracy.

It must be for this reason that none of the Western commentators give Turkish people any credit. They would rather believe those Turkish media outlets that claim: "The sky is falling!" "Dictators are coming!" "Freedom!" The Western media, and as a result, the Western observer, sees Turks as blind followers or as the NYT put it: "sheep."

Please. This is a country that has been through more coups than you have had hot dinners. They know what's what. If the constitutional amendments actually granted the president more power not only would the MHP not have agreed with them, the Turkish people would have taken to the streets. Do you really think that a people who fought against F-16s with stones and bricks would refrain from fighting against the president if they thought for just one minute that he was going to steal their rights away?

And then, Mr. Cockburn states that terrorist attacks by the PKK, Daesh and the Gülenist Terror Group (FETÖ) - attacks that target Turkish civilians, attacks that try to destabilize the country -are of Turkey's or even Erdoğan's making.

No, this situation is of Europe's making. Everyone is aware to what extent ISIS has benefited from American and British equipment. And everyone is aware how much support certain members of parliament in Europe have given to the PKK, how they allow them to erect tents and hang flags in the center of Brussels. Everyone is aware of how active the PKK is in Europe. Have you not heard how members of PKK attacked Turkish culture centers in London? Perhaps some journalists should do some research on that.

No, this situation is of America's making. Earlier this month the Senate signed a resolution to arm the Democratic Union Party (PYD), a direct offshoot of the PKK. There is no effort to disguise this support, no shame in helping an organization that directly supports the terrorist organization PKK.

When you read such reports as the one in the Independent it sounds as if all the Kurds are being mercilessly killed. But the truth is that it is the PKK that is being targeted; Kurdish civilians are being liberated from the choke-hold this terrorist, militant group had on them. There is clear evidence that it is for fear of reprisals that some Turkish citizens of Kurdish descent supported the PKK. And those who have supported them in this way do not make up all of the Kurdish population, but rather only a small proportion.

Today this support has essentially disappeared. Look at the meeting of 181 tribal leaders in Van in October of this year. Leaders from 16 different provinces produced a statement condemning terrorism. To quote them: "For us, the indivisible integrity of our state and the nation is not a matter of debate. We state our resolution to stand against every attempt that aims to drive the Turks apart, to divide us, and we will fight to the end. We condemn the actions of the PKK terrorist organization. We declare that we are resolute in standing with legitimate policies against terrorism. We can never accept that an armed terror organization should be allowed to threaten the future of the people of this region." How many Western media outlets published this statement?

Neither Erdoğan nor the Justice and Development Party (AK Party) confronted the Kurds. Rather they were resolved to fight against the PKK, which was murdering policemen and soldiers in their sleep or when they were off duty. They chose to stand up for order and democracy in the country rather than chaos.

What country can prevent a terrorist attack? How do you prevent a car bomb? Many such plans have been foiled in Turkey thanks to intelligence, but as residents of Paris, New York, Brussels and London well know, if terrorists are determined to carry out such an act, it is very hard to stop them.

Yet, instead of coming together and supporting Turkey in this time of need, once again there are attacks against and the laying of blame on Recep Tayyip Erdoğan.

A number of journalists have asked me about the "threat to open the (European) borders" So, how do I answer this? With the truth. This is not a threat created by Turkey, but by Europe. How? I hear you ask.

The problem lies in that the refugees all tell each other about the good life in Europe where they are given a home, jobs are guaranteed, they are given a stipend by the state and citizenship. Turkey cannot offer 3,000,000 new people such incentives. Turkey has provided the Syrian refugees with free education and free medical care. But jobs are something that cannot be offered without serious investment.

Such investment was promised by Europe. The funds have started to trickle in, true. But this is a very insipid trickle. And there is the constant threat to turn the tap off.

Turkey cannot be a prison for 3,000,000 Syrian refugees. To hold them here against their will would be inhumane and in contravention of the morals and values of the Turkish people. Turkey can encourage the refugees to stay, but at the end of the day, if Syrians are not happy here, they will try to leave. Turkey is saying, "If you refuse to help us keep the Syrians here in good circumstances, there isn't much we can do to force them to stay."

Finally, there is the statement by Mr. Cockburn about "the last remnants of free media." The facts about Turkish media have been published many times. In fact, I have written on this more than once. One example is: http://www.dailysabah.com/feature/2016/11/05/different-countries-different-paradigms

But some people haven't read this, and some won't. Why? Because the truth is inconvenient.