It's not you Mr. Manguel, Turkey is complicated 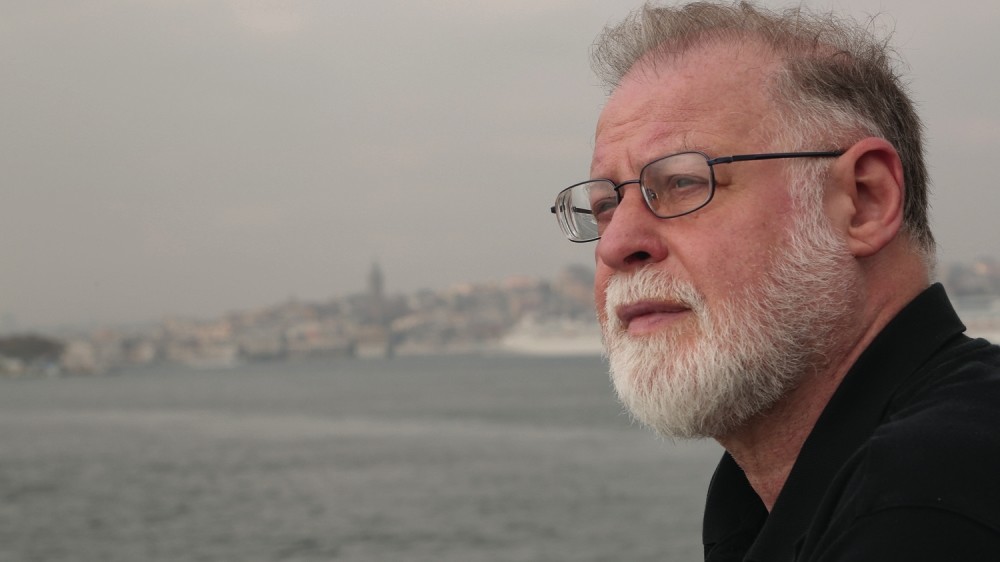 Argentinian author Alberto Manguel's book ‘Five Cities,' inspired by late-prolific author Ahmet Hamdi Tanpınar's namesake classic, is a kind of homage to Tanpınar in which he documents his impressions of five cities - Istanbul, Bursa, Ankara, Erzurum and Konya. For Manguel, however, venturing into cultural writing, which is entirely foreign to him, is a very courageous job

I get nervous whenever I hear that a foreigner wrote or studied something about Turkey, about this part of the world, an eastern-ish, maybe Middle Eastern-ish, or even also European-ish part of the world. I sometimes feel like it's the most difficult country to define in certain geological, cultural, political terms, because I believe this country doesn't perfectly fit into any of these terms rather it encompasses all.

That's what I felt when I came across an ad on a book magazine announcing that Alberto Manguel, an Argentine-born writer with a prolific career in the literary world, wrote a collection of essays echoing "Five Cities," a Turkish classic by Ahmed Hamdi Tanpınar, a strongly influential writer and thinker of the 20th century Turkish arts and culture. 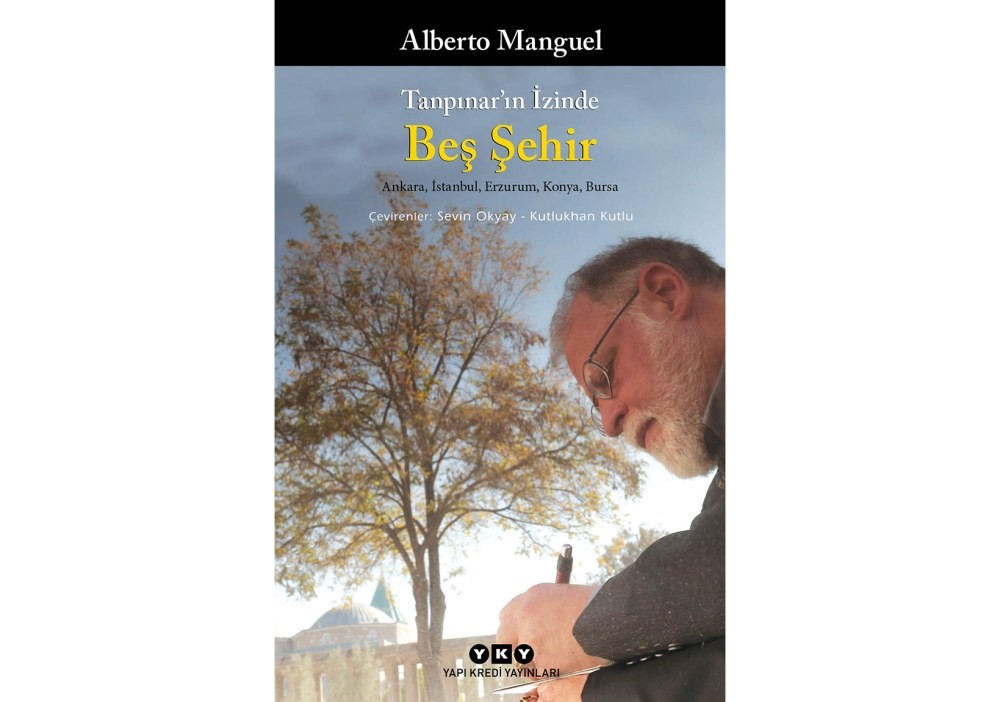 Turkish literature has been getting more attention abroad in recent years, Tanpınar's masterpiece, "Huzur" translated into English as "A Mind at Peace" is a literary product of Turkish modernization and transition period from Ottoman times through modern republic. Then Tanpınar's "The Time Regulation Institute," another classic, was published by Penguin Books in 2013. It is surprisingly good news to hear that Turkish literature, which I think has a lot to offer to a wider audience, has begun expanding its limited borders.

This year has been a relatively fertile year in terms of reaching out to foreign readers, Sabahattin Ali's, another early modern writer in Turkish literature, deservedly most popular novel about romance and longing during an agitated time in the country, "Madonna in a Fur Coat," is also published this year making me extra excited about the future of Turkish literature abroad. 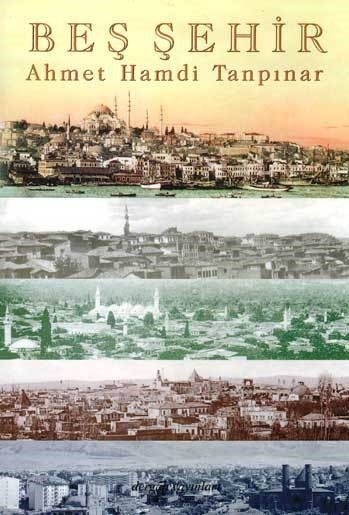 Earlier this year I read Alberto Manguel's collection of essays inspired by Tanpınar's "Five Cities." Tanpınar's collection of five lengthy essays elaborates on five cities of symbolic importance in Turkey he visited during the emergence of the republic, post-war beat-up Turkey reminiscing about his good old days in these places. However, this collection is about, in Tanpınar's terms, a "hunger for the new as well as nostalgia for the past". This theme is essential to Tanpınar's narrative; he is the man of times when his country was culturally and also politically struggling between the West and the East. His pain for a long lost identity almost oozes through his lines; his sophisticated thinking and keen eye for arts push itself through his writing and make the reader a part of this journey onward. "Five Cities" is particularly significant in Turkey's cultural narrative as it still resonates today with its comparisons between the old and the new, the West and the East, the traditional and the modern, and it is the book of dual complications just like the country that is home to this very duality.

This is the reason why I got so excited when I heard about Alberto Manguel's book, "Five Cities" in Turkey; I was curious how he interpreted all this civilizational "chaos" that would be laid before him. What I first felt was pure sincerity and well intention when I first started reading the book, Manguel was apologizing to the reader because he was well aware of his position in this matter, which is a very risky one. Venturing into cultural writing that is entirely foreign to oneself is a very courageous job. He seems acutely conscious of his hard situation and tries his best to be kind and inoffensive throughout the book. When writing many of his commentary on things with probably cultural nuances he knew he was foreign to, he never shies away acknowledging the fact, which I think is what makes his narrative intriguing.

I must confess, however, that Tanpınar builds his writing on the assumptions that his reader already has the fundamentals of the subjects, while Manguel feels like he writes on a blank canvas. Both audiences are naturally very different and it is kind of crippling in the sense of the narrative making things harder for Manguel. He is genuine in his pursuit of catching the zeitgeist whilst holding onto the past. This endeavor echoes itself when Manguel writes the finishing lines for the city of Konya:

And here, 9,000 year old dust blows against my face." (my translation)

It is still impressive to read what today has left its imprint on cities and certain locations, which Tanpınar visited and lamented after during his time.

"Atatürk held a meeting, in which the first articles of the new republic's constitution discussed in a building in the city center of Bursa. There is now a Burger King in that very building." Manguel's eye for such ironic details makes the book quite interesting, his grandfather's visit to Istanbul, though at times a bit too fairy tale like with dusty dreamy vibes still enriches the reader's experience.

This book is a project offered to Manguel by the publisher. However well intended the book is, it never fails to feel forced from the very beginning to its end. Even Manguel's apology to the reader in his preface feels like he simply could not turn down the offer of the publishers and yes Tanpınar could be too tempting to write about, though the latter is just my speculation on the subject. This is, I think, the big risk with the project books; you never know how it would end up being a serious, genuine contributive work or just a try-hard marketing attempt. Though Manguel kept his respectful attitude towards the culture he was in and repeatedly reminds the reader that he was an observer trying to be non-judgmental throughout the book in an attempt to cover for his possible predicaments.

I think one of the reasons why the outcome has relatively failed is because Manguel was not left on his own and his research on the topic, rather he was seemingly accompanied by a circle of friends from Turkey with apparently certain political leaning. The reader could easily see he was influenced by his guides' political monolithic assumptions and they were somehow echoed in his commentary. As a reader that was quite disappointing to me, because while Manguel admitted he was simply an observer to a new culture, he was also solidly confident in his judgments on modern Turkish politics. He does not even allow the reader to arrive at his/her own conclusions on the situations he laid out. I find myself asking the question, which one sounds truer; self-declared foreigner Manguel or politically very "local" Manguel? His comments on the Gezi Park protests and President Erdoğan are irrelevant to the very soul of the book or even if they are, the way he puts his arguments are very unoriginal that it loses its reliability.

Sufism is a tricky topic to talk about unless you are very knowledgeable and Manguel's visits to Islamic spirituality are handicapped by the short essays on a huge topic. On rich topics like Sufism, his writing becomes unexpectedly forced and hesitant. His beautiful sentences, lyric narration loses its cool and begins to stumble trying to move forward with rigid praises and descriptions.

As he claims Manguel writes his own book, his own "Five Cities", not Tanpınar's nor a book about Tanpınar's classic, and I admire the fact that he is very honest about this. Even as a modern writer trying to bring a modern approach to Turkey's cities that played vital historical and cultural roles in the making of the country's very identity, Manguel inevitably misses an opportunity to catch up with the multiple delicate layers of what we call modern Turkey. The essays fall flat on its promise and cannot convince the reader why this pursuit is needed and it remains redundant.
Last Update: Dec 20, 2016 8:57 am
RELATED TOPICS