The love stories that make Istanbul a spot for romance 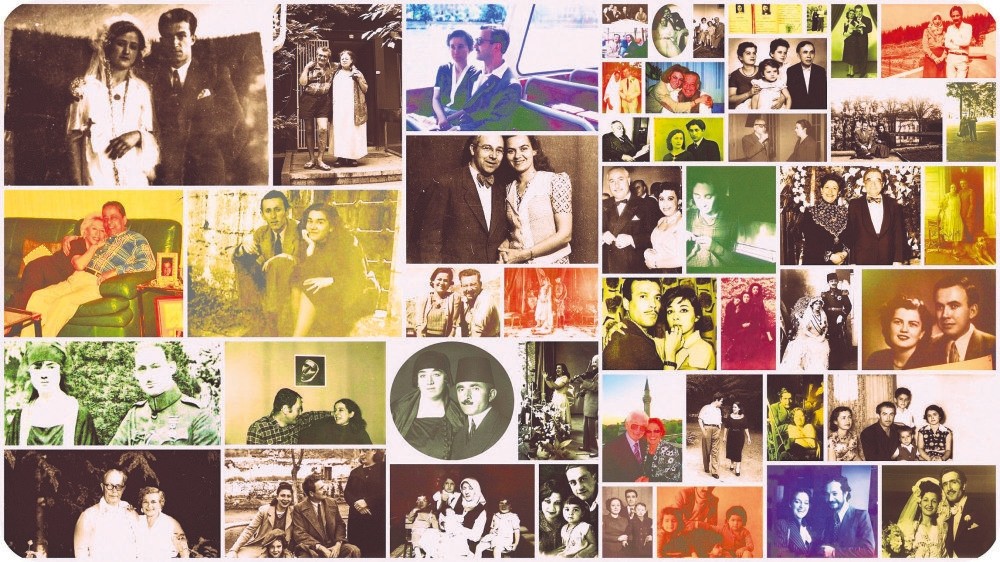 Istanbul is obviously an inspirational place to write a book or make a movie but there are some famous love stories set in this city, adding another dimension to its centuries-old history. Two researchers have introduced the liveliest love stories of Istanbul for readers in a time span beginning from the Byzantine era

Istanbul has witnessed legendary loves throughout its history. Hearts have felt both the pain and the joy of love in the magical land of this city. The loves of authors, poets and even politicians have been compiled in a new book published by the cultural enterprise Kültür A.Ş. called, "İstanbul'un 100 Sevdası" (100 Loves of Istanbul).Kadriye Kaymaz and Eser Postallı prepared the book after a year-long literature review. "We didn't only scan books, but also researched newspapers and magazine collections," says Postallı. Kaymaz noted that the book carries traces of various different periods. "Our research spans a time starting from Byzantium to recent history. However, as expected, since the number of resources started to increase after the 19th century; the number and variety of works included the book from that period are more."

The book brings some of the greatest stories taking its roots in Istanbul's different periods. One of them happened long before the Ottomans conquered Constantinople. Theodora was the wife of Justinian I who was crowned Emperor of the Byzantine Empire in 527 A.D. As a partner, Theodora supported the emperor to advance the empire. Theodora and Justinian transformed the city of Constantinople, building it into a city that for many centuries was known as one of the most wonderful cities in the world. 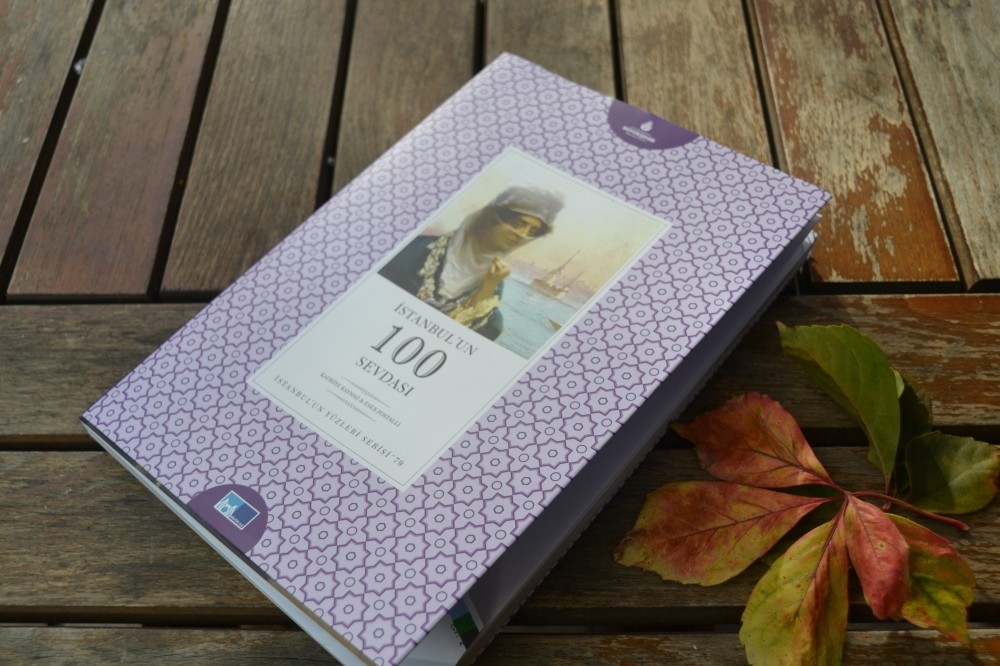 They worked together to develop the city and commissioned to build many churches, the most significant of these being the Hagia Sophia - "Church of Holy Wisdom." In the museum, the monograms on the pillars still bear the capitals of their name. Following Theodora's early death, Justinian did not marry again and continued his life with his lover's memories.

Another story belongs to Adile Sultan, the sister of Ottoman Sultan Abdulmecid; the only female poet who has a diwan (collected poems)in the Ottoman dynasty. She also compiled and printed Suleiman the Magnificent's poems, which were written with the pen name "Muhibbi" in "Muhibbi Collected Poems." She composed songs and there are songs composed from her poems. Adile Sultan was married to army officer Mehmed Ali Pasha. She lived a splendid and joyful life with her beloved husband at the Neşatabad Palace. When Mehmet Ali Pasha, who became a grand vizier and enjoyed high ranks in state, was sent to Kastamonu for exile, Sultan Adile was devastated and tried everything in her own power to reach her husband and the verses she wrote show her devotion and love to her husband.

Osman Fahri, the poet who was in love with his friend's wife, is again one of the protagonists of these grand loves. He was in love with the female novelist and poet Şükufe Nihal, who captivated the hearts of many man of letters including Faruk Nafiz and Nazım Hikmet. Osman Fahri couldn't bear the fact that Nihal, whom he was teaching prosody to be his friend's wife and asked for his appointment outside of Istanbul. "You are the reason behind all my poets," says Fahri and one day, who couldn't bear it any longer and aimed right at his owned head. Yet, he didn't die however; after being admitted to La Paix French hospital in Istanbul following the incident, he went mad. After his death, Şükufe Nihal paid a visit to the eastern Elazığ province, where he used to live, to breathe the air he did and walked along the streets that he had passed before. Nihal, who couldn't find happiness in both of her marriages, expressed her longing for Fahri after their eternal separation through her poems and books. "Love visits everyone once. Everything else is infatuation, fooling yourself. I wrote all my poems for only one person. I always talked about it; I always called out to him," she wrote.

Turkish composers and writers of love songs, like composer Melih Kibar, who died in 2005, and song writer Çiğdem Talu, who passed away in 1983, also take their place in the book. Their love story is hidden in depths of their songs. Kibar has composed "İçimdeki Fırtına" (The Storm Inside Me) during a sea voyage when they got caught in a storm. He sends the song to Talu for her to write the lyrics. Without knowing that the song was composed during a storm, she wrote the lyrics and sent them to London. When Kibar opened the envelop and saw that the lyrics were titled as "İçimdeki Fırtına" (The Storm Inside Me) he almost collapsed on his knees from excitement.

The great names of our literature enjoyed great loves. Their happiness, joy, loneliness and sadness were all reflected in their works. Oğuz Atay is also one of those who found love and 1967 is the turning point of his life. When Sevin Seydi, who was Atay's colleague, divorced, their relationship took on a new course; she became the beloved of Atay. He didn't forget to dedicate two of his famous books written with her support, "Tehlikeli Oyunlar," ("Dangerous Games") and "Tutunamayanlar" ("The Disconnected").

In "Dangerous Games," the author says, "Maybe, there isn't any other reality than the writer of this lines and you, who is always on his mind," expressing her love for Seydi. In the book, "Ben Buradayım," ("I'm here") of Professor Yıldız Ecevit, Ecevit says, "This is the love of an extraordinary women that cannot be comprehended with the ordinary criteria," on Atay and Seydi's love. Seydi was there in the last 10 years of Atay's life. This love, which started the day they met and continued until he passed away, evolved into various forms, sometimes she was his muse, sometimes someone whom he was madly devoted and sometimes his closest friend.
RELATED TOPICS