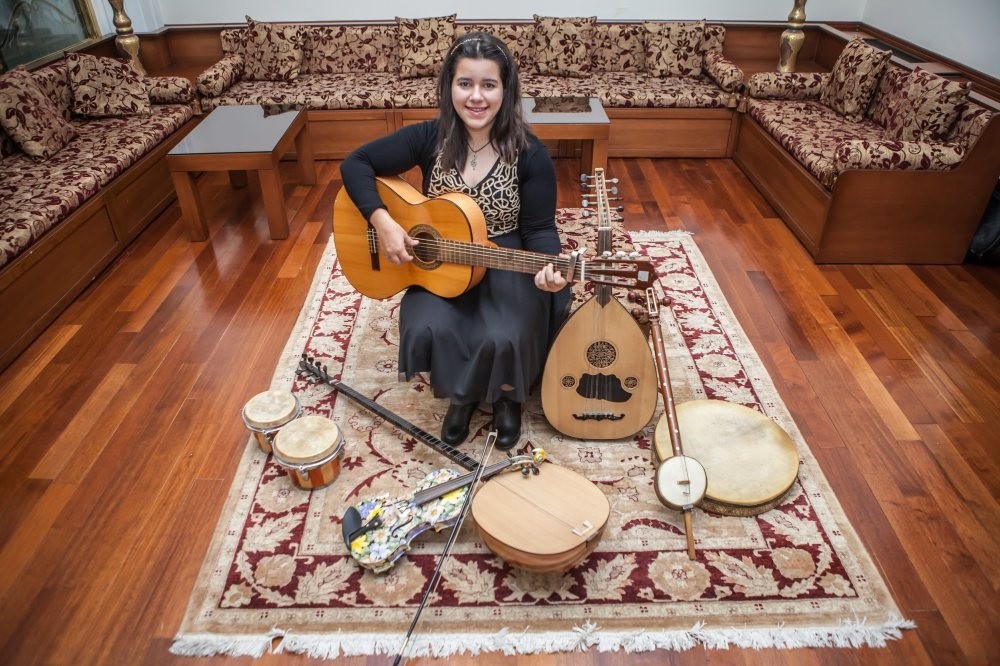 Many scientific studies underline exceptional musical talents in children with autism. Rabia Aytek, a young Turkish girl, is one of them. Successfully studying at a state conservatory and playing a number of instruments, she has become a big inspiration for other autistic children

Imagine a child who sways back and forth while watching the spinning drum of the washing machine. She never misses a beat. Her mother begins to observe her, putting a metronome device right beside her daughter. She then realizes her daughter does not skip a single note or beat. This is when the mother takes matters into her own hands.

That child who was not then diagnosed with autism is now a musical prodigy. Her name is Rabia Aytek. "My mom is my best friend," she says while looking at her mother, Canan Dolunay Aytek. This mother and daughter have spent their entire lives engaged in a struggle with autism. However, Canan Aytek has never lost hope. Despite facing many problems while raising a child with autism, especially in an era in Turkey when public awareness of autism was miniscule, this fearless duo has overcome many problems together. Even when Aytek took her daughter to a psychologist and was given a misdiagnosis, being told that her daughter suffered from domestic trauma, she never gave up hope in finding treatment for her daughter's condition. 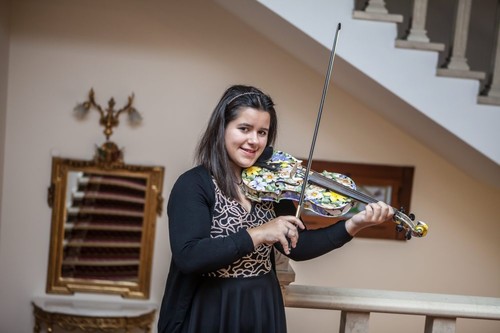 Rabia Aytek with her mother who is her biggest supporter.

As a mother who has a passion for reading and conducting research, Aytek first learned about autism in a book she read years before her daughter's diagnosis, when she realized that her daughter carried many of the symptoms described in it. However, she was unable to seek medical treatment from a doctor due to financial restraints, opting to research schools and knocking on the doors of educational institutions which serve autistic children.

With her mother's persistent efforts, Rabia began her musical education when she was eight years of age. When young Rabia was asked which instrument she would like to play, she told her instructors, "I want to learn how to play the guitar," and she was sent to a municipal music course in Istanbul's Pendik district, where she began to receive musical training in the guitar. At first, Rabia would not even touch the instrument. Then at a rehearsal prior to a concert they would perform together as a band, everyone was taken by surprise. Rabia started playing 25 songs right before the rehearsal of her performance. While Rabia had always observed her teacher during music lessons, she said that "[When] I started playing by ear prior to the rehearsal, everyone was in shock."

Rabia's mother expressed being thrilled and elated on the day of the concert, saying: "During the concert, we realized that my daughter had a beautiful voice. Her extraordinary ability has left me without a doubt that she is really gifted in music." Afterwards, Aytek enrolled her daughter in piano, violin and vocal lessons and Rabia spent at least four days a week practicing. She studied violin and guitar along with other instruments day and night. "I love music. I love the sound of guitar and I really enjoy playing other instruments. I advanced in piano and violin as well. I have also improved my ability to play cello, kanun, bağlama and other musical instruments. It is a gift. I am also a soprano [singer]," Rabia said with pride. She is now a musical prodigy who can play 20 different musical instruments. 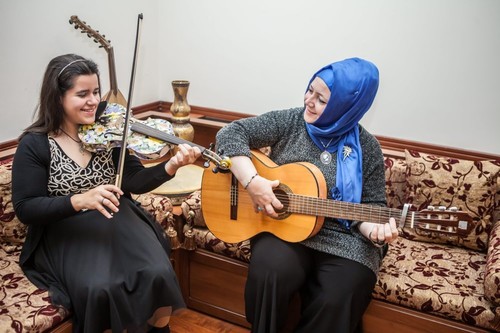 "Our story is one of hope," her mother said, adding that she has gained a lot of experience with autism in the process. She has volunteered to help autistic children at Pendik Municipality's Coordination Center for People with Disabilities, adding, "I have devoted myself to helping people with disabilities after my experiences with my daughter. My only goal is to help them."

Rabia is the first autistic child to be accepted to the Istanbul State Music Conservatory and the Department of Music at Mimar Sinan Fine Arts University with distinction. However, the attitudes of some of her friends deeply hurt her while she was studying in high school. "Some of my friends did not want me around since I have autism. Despite being extremely upset and heartbroken, I graduated with a good degree," Rabia continued.

After a five-year education at the Istanbul State Conservatory, she now continues her education as a guest student in the department of Turkish music in the same university. Rabia has performed in numerous concerts so far and dreams of being a music teacher. In 2015, she accomplished that as well, teaching music to students with disabilities whom she affectionately refers to as her "brothers and sisters," at the private Ayça Special Education School. She has big dreams for the future and hopes to release a solo album and also give a concert playing a white piano in a pink dress. Her biggest wish is to take the stage alongside Gülsin Onay.

"I set an example for my other friends with autism. I convey the message that they can also be successful in musical performance," Rabia says, adding that her dream is to open a music school. "I want to give performances in different concerts. I will fight for other people with autism from now on; not for myself. I am their voice and I am proud of it. They should not fall into despair."