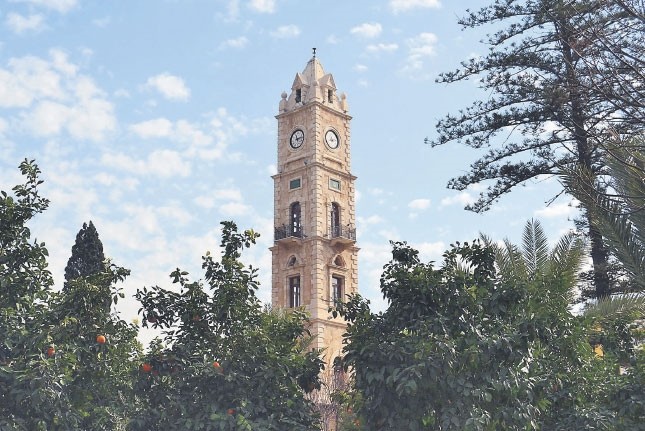 Dozens of clock towers adorned Ottoman cities around the empire for centuries. They have remained a symbol of Ottoman modernization. Many of them were built during the late Ottoman period

Throughout human history, the concepts of time and timekeeping have always been of great importance and from the observation of astronomical bodies to modern mechanical devices humans have used different methods to keep track of it.

When early mechanisms to keep time were developed, their complexity and costs meant the masses could never get their hands on one. That problem, however, was solved by clock towers erected in public places of different cities.

Over time, as timepieces became more affordable and accessible to the people, these towers surpassed their timekeeping duties and assumed the status of artworks that decorated the cities. They served practical purposes and had aesthetic value. Before the 18th century, most households did not have a clock; in fact, not everyone could actually wear a watch until the early 20th century. The first ever clock towers rang bells to inform the locals about the prayer times and many of them did not feature a clock dial. Towers were preferred, so the bell ringing could be heard from afar.

The oldest-known astronomical clock tower was built in 1088 in China, whereas the oldest-known mechanical clock in Europe was placed at London's Westminster Tower in 1288, the medieval precursor to Big Ben.

The clock towers in London, Venice, Philadelphia, Mumbai, Moscow, Bern and Prague have become the symbol of these cities. Some of them even have an important place in their respective country's cultural history due to the legends attributed to them.

As Islamic prayers must be performed according to a strict time, timekeeping experts worked at large mosques during the Ottoman Empire. Sundials were placed on the yards and exterior walls of most mosques under the Seljuks. The sundial built by Ottoman Sultan Mehmed II, also known as Mehmed the Conqueror, can still be seen in the garden of Topkapı Place. The first clock tower featuring a bell in Ottoman territory was built in 1798 at a commanding height in Safranbolu, the homeland of then grand vizier İzzet Mehmed Pasha. This old tower, which is still working, has no match. 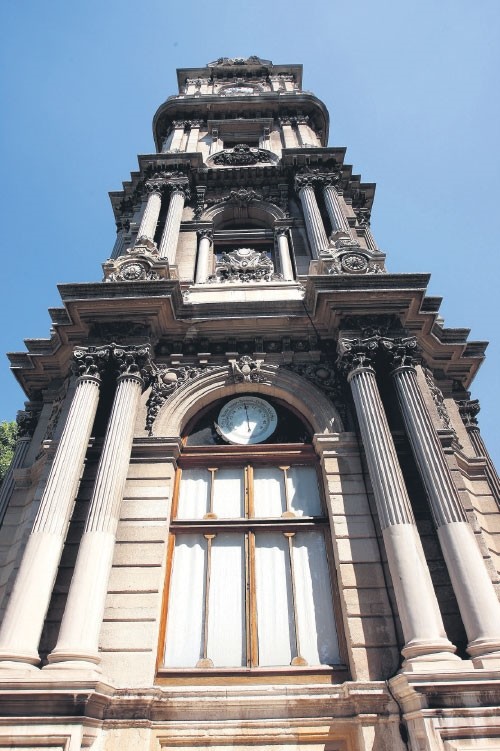 As building clock towers was seen as a good deed, the number of clock towers increased in the 19th century. Sultan Abdülhamid II urged people to build a clock tower in every city. He had many clock towers built and encouraged statesmen and wealthy locals to have a clock tower built in their hometowns. Hence, a total of 144 clock towers were built on Ottoman lands.

However, 72 clock towers out of the 144 built fell outside the borders of the modern-day Turkey, and most of them were completely destroyed with time and by the hands of men. Currently, only 52 of these clock towers stand in Turkey.

Near the end of the Ottoman Empire, apart from telling the time, these clock towers used to symbolize the state's authority, which declined gradually.

"It is such a magnificent work that it has no match. The clock bell rings but in fact it is the sound of the state," wrote poet Fani Efendi in his poem inscribed on the clock tower built by Governor Abidin Pasha in Adana in 1882.

The other two, Hamidiye Clock Tower in Beşiktaş (1890) and the clock tower located inside the garden of the Etfal Hospital in Şişli (1907) are also works from the same period. 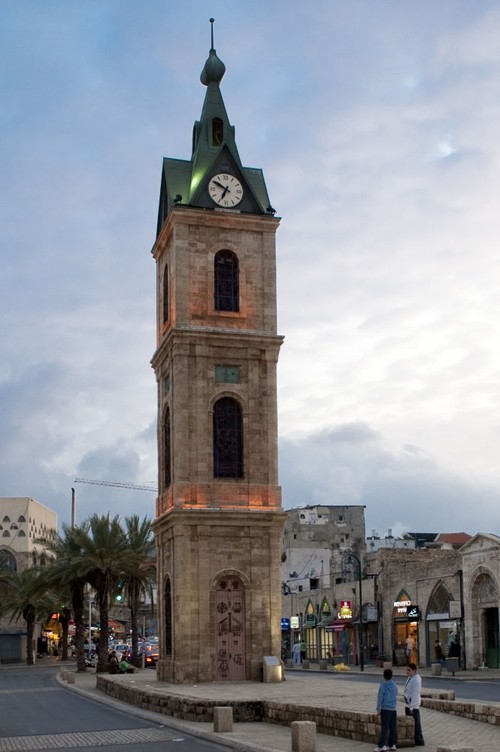 For instance, the chime of the clock tower that was built by Beşiktaş Warden Yedisekiz Hasan Pasha, who succeeded in preventing a coup attempt with his bat and earned the trust of Sultan Abdülhamid in his hometown of Çorum in 1894 could be heard by nearby villages. The clock tower in Muğla was built with the efforts of the mayor of the city by Greek masons in 1885. The poet Hakkı, whose words are inscribed on the clock, says: "There is no need to carry a pocket watch anymore / Everybody learns the time with the sound of the tower."

The clock at the clock tower in Kastamonu, which was built by Governor Abdurrahman Pasha in 1885, was brought from Istanbul. The clock was said to have rang out of time when it was in Istanbul and a woman miscarried because of it. The clock was fixed but could not escape from being exiled to Kastamonu.

When the wooden clock tower in Mudurnu was burnt down, a new clock tower was built in 1891 with the stones of the ruined Murdurnu Castle. Inmates worked on the construction of this new tower. Its clock was also local and was built by the blacksmith of the town.

The Çanakkale Clock Tower, which was built using pink granite, was paid for by the then Italian Consul General. The clock tower in İzmir which was built in 1901 as part of the celebration of the 25th anniversary of Sultan Abdülhamid's succession to the Ottoman throne is one of the most elegant and has become the symbol of the city since. Its clock came as a gift from Wilhelm II of Germany.

There are clock towers which served other purposes besides just telling the time. The oldest standing clock tower of Anatolia was initially built as an observation tower in Erzurum in 1174. A clock was added to it shortly before the Crimean War in 1854. The clock, however, was removed by the Russians and Ottoman authorities, who installed a new clock in 1877 that was gifted by the British Empire.

The clock towers that were left outside the borders of Turkish Republic, from Tiran to Beirut, from Belgrade to Jaffa, bear witness to the elegance and magnificence of the Ottoman Empire. The clock tower in Skopje dates back to 1577. The clock tower built by Ottoman governor Abdi Pasha in 1667 in Podgorica still stands tall. Located on the city walls of Belgrade, "Sahat Kula" was commissioned to be built by a Venetian architect in the 17th century. The current government in Macedonia placed a cross on the clock tower which was built in 1664 in the Macedonian town of Bitola by the Ottomans. There are 30 Ottoman-era clock towers that have been survived in Bosnia.

Built in 1882, the clock tower in Mosul was also the bell tower of a church. However, it has been demolished in the recent civil war. The clock towers built by Ottoman Sultan Abdülhamid grace the cities of Damascus and Aleppo. The Hamidiyah Clock Tower, dating back to the same period, has become the symbol of Lebanon. The clock tower which was built by the people of Tripoli to celebrate the 25th anniversary of Sultan Abdülhamid's succession still ticks on. Among the six clock towers built by Sultan Abdülhamid in former Palestinian territories (now in Israel), the ones in Jaffa, Haifa, Acre, Safed and Nablus standing tall to this day. The elegant clock tower in Jerusalem was destroyed by the British in 1922. After, the locals reacted furiously to the destruction, the British promised to rebuild the tower but did not keep their word.