The global cost of palm oil: Can we ignore it? 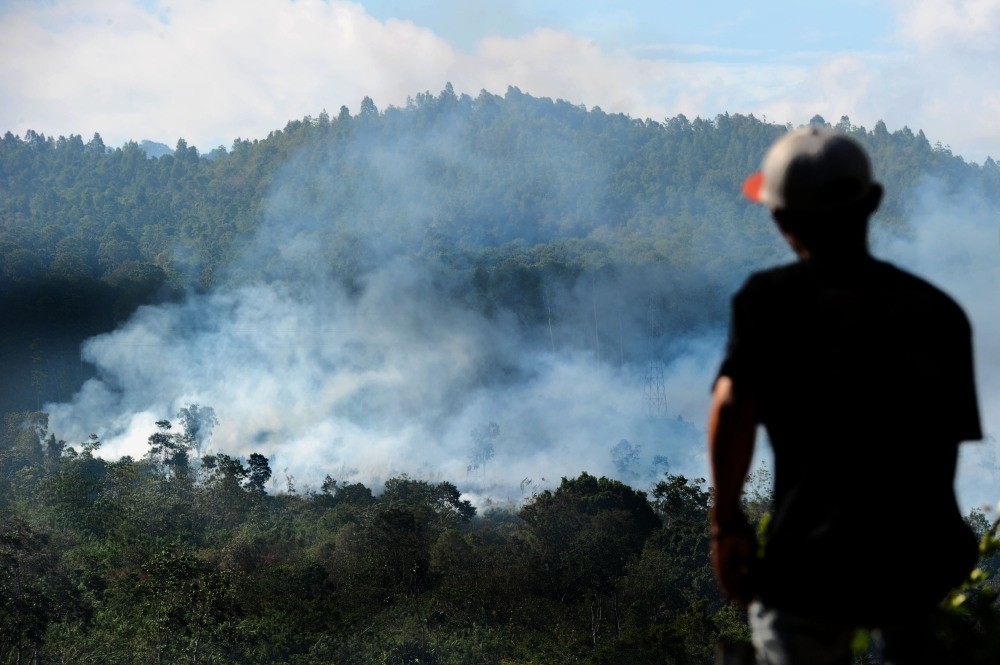 Forests in Indonesia are being cleared for palm oil and pulpwood plantations.
by Ahmet Günhan Jan 25, 2017 12:00 am

Palm oil, an edible vegetable oil, is found in some of our favorite products like Nutella, yet this flavor comes with enormous hazards for health and environment. Having been subject to much controversy, palm oil production is highly criticized by environmental organizations

The children's favorite, nutty chocolate spread Nutella came into being as a creative solution to the shortage in the cocoa supply following World War II. Pietro Ferrero, a pastry maker from Piedmont in Italy, initially created this tasty spread with hazelnuts, sugar and some cocoa. This long-lived Italian sweet, which is consumed in more than 150 countries including Turkey, is currently causing controversy over one of its ingredients, palm oil.

For the last few weeks headlines like, "Does Nutella cause cancer?" have been circulating on social media. You may not be aware of this, but palm oil does exist in a number of products - foods, cosmetics and cleaning products - we consume or use daily. Mothers might be searching for alternatives to satisfy their little one's sweet tooth, but is palm oil really causing cancer, and more importantly, what do consumers need to know about this type of oil?

Palm oil is a type of edible vegetable oil that is derived from the palm fruit. An average Western citizen consumes over 10 kilograms of palm oil per year and its use is not restricted to food products like cookies, ice cream or sweets; it is present in other products like shampoo and air freshener. The hazards of palm oil use have recently appeared on the agenda with news reports suggesting that it comes with a cancer risk. However, Italian confectionary company Ferraro, owner of Nutella, has rejected the claims of health concerns through an advertising campaign.

Palm oil comes from African oil palm trees, which although native to western Africa, now grow throughout Africa, Asia and South Africa. Around 85 percent of palm oil globally is produced and exported from Indonesia and Malaysia and is vital to the Southeast Asian economy. 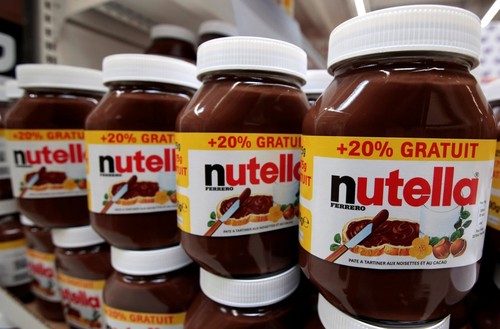 Nutella has become the subject of controversy after its palm oil content was held to cause cancer.

Malaysia is the world's second-largest producer of palm oil following Indonesia. In the early 20th century, oil palms were brought to the region via British colonialists. At that time 250,000 tons of palm oil was exported annually from Southeast Asia. Since then, this figure has risen to over 60 million tons. Before the invention of the hydrogenation process, palm oil was used in candles and as a lubricant for machinery. With hydrogenation, which turns liquids into a solid form, palm oil started to be used in numerous food products.

Scientific studies show that palm oil contains a great amount of saturated fat that is very hazardous to the human cardiovascular system. The harmful effects of palm oil on human health also arise from the fact that palm oil is extracted from genetically modified trees and is hydrogenated. In general, the higher the saturated fat content, the more solid a fat is at room temperature. Palm oil is semisolid at room temperature.

According to the European Food Safety Authority (EFSA), the semisolid state of palm oil increases the fear that it causes cancer due to certain compounds called "glycidyl fatty acid esters," that are produced when palm oil is heated above 200 degrees Celsius. Last year, the World Health Organization called attention to the potential risk of palm oil but did not put limitations on its use. Ferrero is also fighting back after the cancer risk scare.

"High temperatures are used to remove palm oil's natural red color and neutralize its smell, but Ferrero says it uses an industrial process that combines a temperature of just below 200 degrees Celsius and extremely low pressure to minimize contaminants," Reuters reported.

The dangers of palm oil use are not limited to human health. The palm oil production industry is linked with serious environmental issues, such as deforestation, habitat degradation, climate change and animal cruelty, according to the environment protection group Say No To Palm Oil. 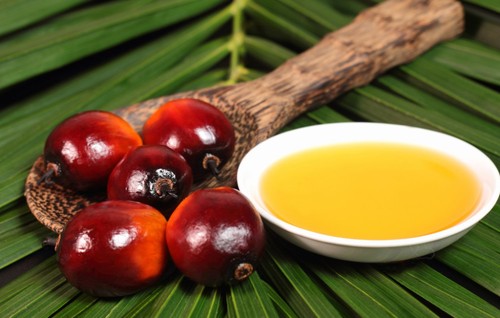 The World Wildlife Fund reports that an area of rainforest the equivalent of 300 football fields in size is cleared each hour to make way for palm oil production. Deforestation at such a rate also contributes significantly to climate change, because producer companies generally burn rainforests in order to turn them into palm plantations. This results in an enormous amount of carbon emissions being released.

Speaking to Daily Sabah, Tarık Nejat Dinç of Greenpeace's Mediterranean region branch said, "Rainforests are the lungs of our world. Destroying rainforests through burning them not only removes our source of oxygen in the world but also increases carbon dioxide emission."

There are over 300,000 different animals found throughout the jungles of Borneo and Sumatra, many of which are injured, killed and displaced during deforestation. This large-scale deforestation is pushing many species to extinction, such as the Sumatran tiger, Sumatran rhinoceros, sun bear, pygmy elephant, clouded leopard, proboscis monkey and orangutan. The orangutans are the most affected by this process. The government data from Indonesia has shown that over 50,000 orangutans have already died as a result of deforestation.

Even if there are a lot of claims about the hazards of palm oil production and consumption, the palm oil economy is growing every day. Most people have no idea whether its production methods can be changed or not. Time will tell, but hopefully not before it is too late.
RELATED TOPICS