Journey of tobacco from the Caribbean to Ottoman Empire 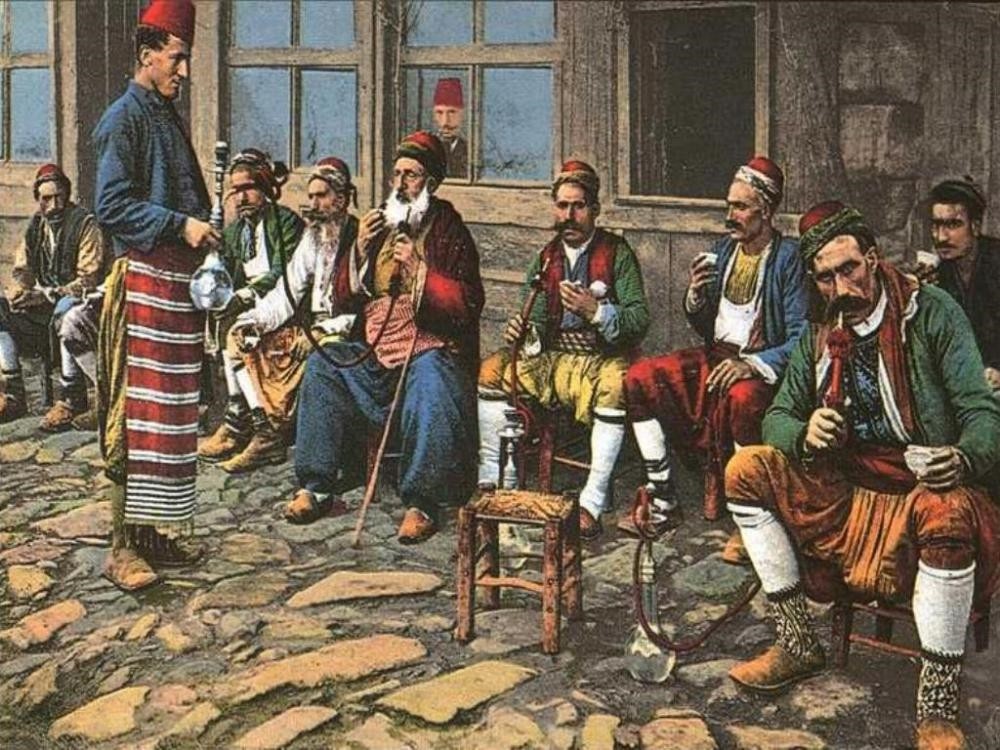 A group of men enjoying hookah at a local Ottoman-era coffeehouse.
by Ekrem Buğra Ekinci
Jan 27, 2017 12:00 am

Tobacco, an important crop in Turkish agriculture, was introduced to the Ottoman Empire by European merchants in the late 16th century. Tobacco consumption became widespread in a short period of time, but there were several attempts to ban smoking for various reasons

Cristopher Columbus is mostly known for his discovery of America, however, there is another lesser known fact that makes his journeys even more intriguing. Columbus is the person who introduced tobacco to the rest of the world.

Along with his men, Columbus became the first European to encounter a kind of leaves, which the locals of a Caribbean island called "tobako." Columbus was given these leaves as a gift at their first meeting with the locals. He had no idea what to do with the strange dried leaves, but he later learned the habit of smoking tobacco from the Native Americans.

Columbus and his crews named the island after the plant, "Tobago." The Portuguese brought this plant to Europe and eventually the world became addicted to this pleasure-inducing substance, now known as tobacco.

Belonging to the "Solanaceae" family of plants and bearing the scientific name "nicotiana," tobacco arrived in the Ottoman Empire in the 1550s, when it was widely believed to possess medicinal benefits. Dried tobacco leaves were among the many gifts Ottoman Sultan Murad III sent to then Polish king.

However, it was first planted in Milas, a town in the Aegean city of Anatolia, in 1583. The plant, called as "tabaga" by the locals, quickly spread to other regions of the Ottoman Empire. Depending on its type, it could be burned on a stick, inhaled like snuff or chewed. 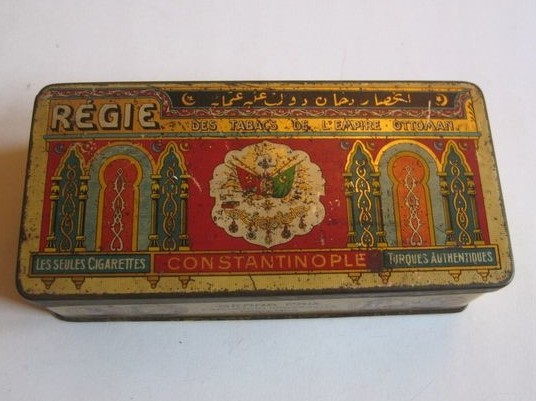 An old cigarette box from the Ottoman era.

Ottoman Historian Peçevî recounted tobacco, saying, "The British brought tobacco to Istanbul around the 1600s. They sold it, claiming it had medicinal values. It quickly became popular first among the men of pleasure and then other people. Even intellectuals and statesmen became addicted to it. Many poems were written about tobacco. All the coffeehouses were filled with smoke. Clothes became permeated with its strong smell. Fights broke out when people smoking tobacco blew smoke out against others' faces. It also caused pollution and fires."

Eventually, Sultan Ahmed I banned the plantation, purchase and consumption of tobacco in 1609, pointing out the fact that it prevented people from doing their jobs. The decree said those who would continue to smoke, would be exposed on the streets with the stick they smoked stuffed up their noses.

Another reason for the ban was the increasing price of wax, which was used in disinfestations of tobacco. People, however, defied the ban, which was followed by other decrees.

It was until Murad IV's ascension to the throne, when one day, an addict's tobacco stick fell down and caused a fire while he fell asleep in a boat near the shores in Cibali, a district in Istanbul, in 1633.

More than 20,000 houses were reduced to ashes and 50,000 people became homeless. Following the incident, the sultan, who was already known for his anger, ordered a strict ban on tobacco.

He destroyed coffeehouses and, in disguise, detected who continued to use tobacco and kill them.

It is said that almost 20,000 people were eventually executed. It was around the same time when tobacco began to be called "tütün," a word derived from the verb "tütmek" (to smoke), in Ottoman Turkish.

After Sultan Mehmed IV took the throne, the ban was lifted with a "fatwa" by Shaykh al-Islam Bahaî Efendi, who was also a tobacco addict. It started to be planted again in 41 towns and over 10,000 people earned their livelihoods from tobacco plantation and production. Within a short time, oriental tobacco became world-famous, especially the types planted in Giannitsa and Xanthi in the Balkans, and in Bitlis and Şemdinli in eastern Anatolia.

The state imposed tax on tobacco in 1688 which led to smuggling, eventually forcing the state to decrease taxes. Turkish tobacco is still world-famous. Cigarette boxes with Turkey-themed pictures and emblems used to be of great demand. They were even considered as precious gifts from those who traveled abroad.

Tackling the use of tobacco from an Islamic perspective had already started in that period. For some Ottoman scholars tobacco was to be prohibited (haram) while others disapproved (makruh) it and some believed it was permissible (halal). Those in favor of the prohibition of tobacco used to relate it to Prophet Muhammad's ban on consuming intoxicating or relaxant products. Others believed tobacco was nothing but waste and some people compared tobacco to other food items that have an odor - like onion and garlic - which after consuming, one is not recommended to go out into public to avoid giving discomfort to others. Lastly, there were others who said it was impossible to give a fatwa because there is not any proof in the Quran or Hadith, the sources of the Sharia.

There were scholars who also identified tobacco as permissible. They said there was no scientific argument that tobacco was intoxicating. Healthy people can smoke in moderation and it is not a waste, as it might have some benefits. They were only saying that smokers should not disturb other people with the smoke and the bad scent.

Ibn-i Abidin, an Ottoman scholar who lived in Damascus in the 19th century, wrote in his account that certain scholars prohibited tobacco following the sultan's ban. The sultan, for public welfare, could generally give orders to ban something that was religiously acceptable. If that happens, the ban was applied but there was nothing against it on religious terms. To illustrate, the sultan may give an order to ban tobacco to avoid any risk of fire or the consumption of meat after a plague breakout among sheep. Alternatively, he can set a fixed price on essential products according to their cost or ban exporting strategic materials like gunpowder.

Nablusi, an Ottoman scholar who lived in the 18th century, once sarcastically said, "I wish I would know which order of the sultan we need to practice, the ban on tobacco consumption or the order on taking taxes from tobacco. It was because receiving tax over tobacco also meant an order to use it."

Over the years, tobacco became widespread among scholars, sultans, dervishes and even sheiks and tobacco addicts said, "I smoke if it is halal [permissible], I burn it if it is haram [impermissible]." Some even claimed that tobacco's taste was so unique that they could not possibly get the same pleasure from honey or sugar.
Last Update: Jan 27, 2017 2:19 am