This Land is Your Land 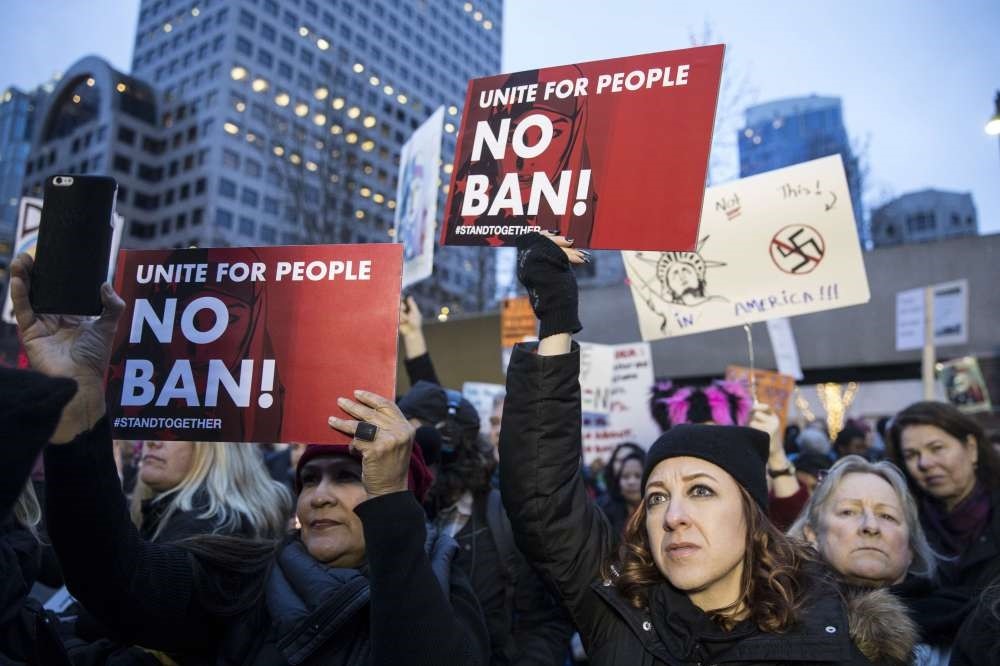 Last week Donald Trump once again insured that he hit the headlines. Signing a law that banned citizens from seven countries - Iran, Iraq, Syria, Yemen, Libya, Somalia and the Sudan - coming to America, Trump has created a furor throughout the world. Is there a justification behind the ban and what has the ban caused over the last week?

The seven countries, all of which are Muslim-majority countries, had actually been identified as "countries of concern" by the Obama administration. There were already travel restrictions on nationals from these seven countries.

The justification behind the Trump ban then can be traced back to the Obama administration. True, the former president didn't introduce a total immediate ban, he didn't leave families separated or people stranded in airports. But the process had been started before Trump was sworn in as president.

Trump tweeted that the reason the law was immediately invoked was that "there were a lot of bad dudes out there," and that they might all try to flood the American gates if the law was delayed. Funny thing is that the majority of the people who carry out attacks against America, those really bad dudes, are...well Americans.

In reality, there does not seem to be any justification for the moves by either Trump or Obama. Terrorism knows no nationality or religion. Terrorism is carried out for political means and uses the most damaged members of society to carry out its orders.

What are the ramifications of the immigration ban? That is, above and beyond families being torn apart, young children being handcuffed and/or terrorized for hours, and innocent people finding that they had invested great sums of time and money into travel that just wasn't going to happen.

In the political world the response has, for the most part, been one of shock and horror. Many Muslim majority countries have spoken out. But also Canadian Prime Minister Justin Trudeau responded by inviting those who were the victims of the ban to come to Canada; Nicola Sturgeon, leader of the Scottish National Party (SNP) followed suit and invited those who fell afoul of the new law to come to Scotland. She has gone one step further and has demanded that Trump's visit to the U.K. be canceled. German Chancellor Angela Merkel telephoned Trump and told him that the ban was unacceptable for a signatory of the Geneva Convention.

Some commentators have pointed to the lack of comment from Turkey on the ban. But these commentators have very short memories. They should remember that when such moves as banning Muslims were first being talked about, President Recep Tayyip Erdoğan said the following: "A successful politician would not do that. There are millions of Muslims in American....A politician would not talk like that."

What these commentators are also overlooking is that the government does not consist of the president alone. There is the prime minister. When both May and Yıldırım were asked about the ban, May hedged. Yıldırım on the other hand said: "Some people abandoned their houses, and came here to save their lives and we opened our doors to them; we will continue to do this. If there is someone in need we must stretch out our hand to help them to stay alive. We cannot get anywhere by closing our eyes to the problem or by building walls." Yıldırım went on to remind the press gathered that Turkey has accepted 3 million Syrians, as well as Yemenis, Iraqis and nationals from a number of countries.

And then there are other speakers in the name of the government. Mehmet Şimşek tweeted that the country with the greatest number of refugees is Turkey, and went on to say that Turkey was more than willing to take those that the U.S. was turning away. Numan Kurtulmuş, the government spokesperson, said such a law was "impossible to accept."

There may be no copper statue towering 90 plus meters above the Bosporus, no statue that proclaims "Give me your tired, your poor, your huddled masses yearning to breathe free, the wretched refuse of your teeming shore. Send these, the homeless, tempest-tossed to me, I lift my lamp beside the golden door!" Yet Turkey is now the home for these huddled masses, for the wretched refuse of a number of different shores. 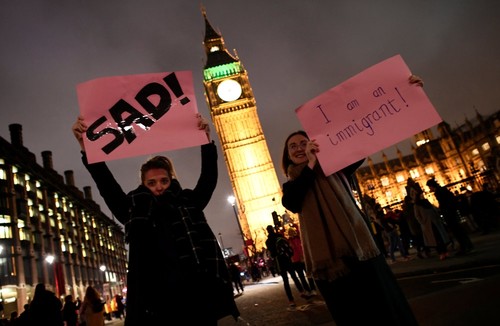 Refugees have always been welcome in Turkey, regardless of nationality, race or religion. People from the Caucasus, the Balkans, Jews fleeing Hitler and even those running for their lives during the Spanish Inquisition have been welcomed in the Turkish land.

There is no hypocrisy here. There is no declaration of one philosophy and enactment of laws on another. Even though Turkey is fighting terrorism on a number of fronts it still manages to take in those who are innocent of any crime, but who are merely seeking shelter.

It is interesting that some people have spoken out in support of Trump. For example, Paul Ryan, the Speaker of the House of Representatives has backed the law. Last Friday he released the following statement: "Our number one responsibility is to protect the homeland. We are a compassionate nation, and I support the refugee resettlement program, but it's time to reevaluate and strengthen the visa vetting process." Compassionate? Scenes from airports throughout the country belie this statement.

Then there are people like the ultra-right-wing nationalist Geert Wilder, who tweeted: "Well done @POTUS it's the only way to stay safe + free. I would do the same. Hope you'll add more Islamic countries like Saudi Arabia soon." Ah, yes. Widen the scope of the law - that would be perfect.

Another right-wing nationalist who spoke out in favor of Trump was Milos Zeman, the Czech President, whose spokesperson said: "Trump protects his country, he's concerned with the safety of his citizens. Exactly what EU elites do not do."

So, here are two sides of the political reaction to the ban. But what about the "grassroots" reaction? People, throughout the world, have been appalled. In the United States a number of protests have been held. We've all seen the photo of the Muslim father and the Jewish father with their children on their shoulders. The Muslim father is carrying a sign saying "Empathy" while the Jewish father is carrying one declaring "We've seen this before - Never again!"

Throughout the United States there have been protests. The people shout "Trump has got to go!" They cry out "The people united will never be divided." They also sing the classic Woody Guthrie song "This land is your land, this land is my land."

These protests haven't been limited to cities in the United States. Huge protests were organized in London, Manchester, Oxford, Cardiff, Glasgow, Edinburgh, Ottawa and Tokyo. People have turned out to offer support - and welcoming hugs - to Muslims from all over the world.

This is perhaps the most unexpected impact of Trump's act of hatred. In the 1990s the seeds of Islamophobia started to sprout. By the new millennium, thanks to the British and American governments' actions, it had become deeply engraved in many people's minds that Muslims were terrorists. Muslims were now the "other."

But last week Trump has transformed Muslims into the victim. Many people who were not concerned about whether or not this "otherization" of Muslims was right or wrong are now embracing their Muslim brothers and sisters. People are now realizing that in truth all lands belong to us all.

There probably won't be much that Trump will be thanked for in his presidency. But I think we can say thank you for making many people stand up and defend their Muslim brethren.