In pursuit of Ottoman sultan Abdülhamid's tangled inheritance: Why his heirs seek restitution 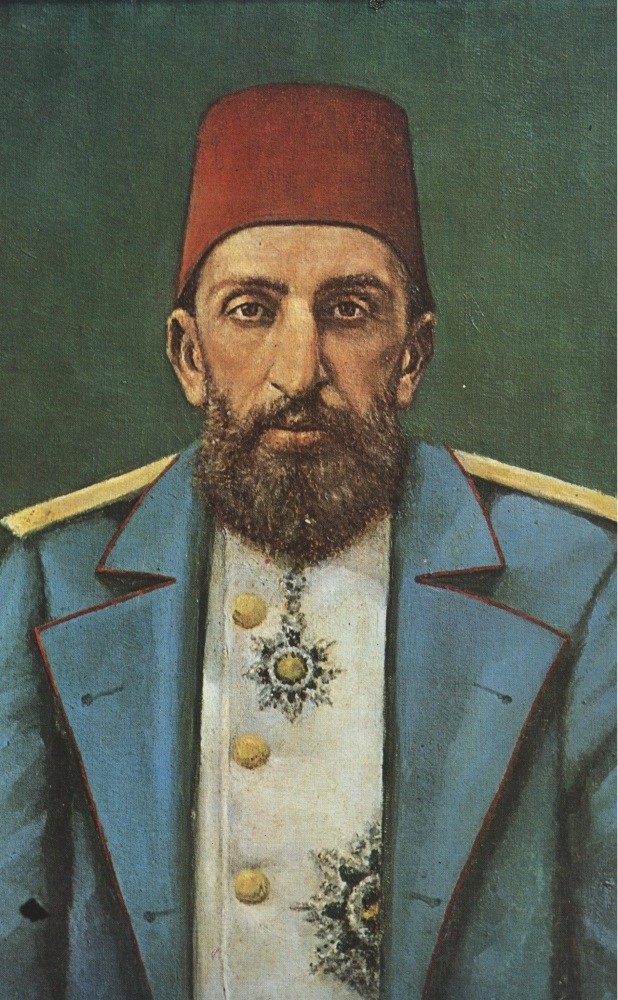 The grandchildren of Ottoman Sultan Abdülhamid II's claim on the properties owned by the late sultan have been the subject of an ongoing debate. In the early 20th century, the sultan's personal treasury was seized, and since then the royal members have sought the return of their ancestor's personal properties, which has been denied

The Ottoman Empire had two kinds of treasury - "Hazine-i Hâssa," the sultan's private funds, composed of his income and fortune while the other was "Hazine-i Âmire" or the state coffers. The expenses of the palace - the salaries of members of the sultan's inner circle, gifts sent to rulers of foreign countries, to Mecca and Medina and to the salaries of those who were sent to the exile because they worked against the regimes - were all covered by the sultan's private funds.

With his economic and national savings, Sultan Abdülhamid II, who knew that money was the greatest source of power, enriched his personal fortune to become one of the richest rulers in the world.

When the Young Turks seized power following the 1908 coup, the sultan's palace was plundered, his moveable and immovable properties seized. The Young Turks nationalized the Hazine-i Hâssa as well while members of the Ottoman dynasty were put on meager wages. They only grew poorer over the years.

After his succession in 1918, Sultan Vahideddin returned the seized properties from the Hazine-i Hâssa. After this, the successors of Sultan Abdülhamid, who died in 1918, applied to the court in 1920, issued a certificate of inheritance and demanded that the registered properties of their father, which they legally inherited after his death, be returned. 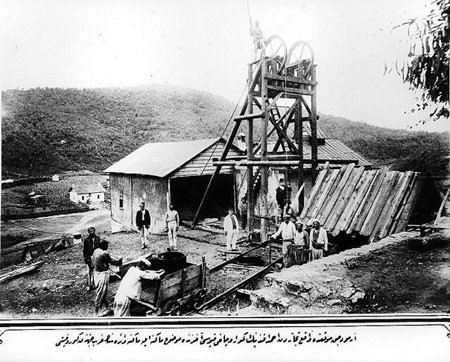 A mining facility belonging to the sultan's private funds.

However, the British occupying forces in Istanbul at that time prevented the enforcement of the court ruling, since they feared that it could set a precedent for the inheritance of other critical Ottoman regions, under the British occupation, especially Mosul's oil basin and Palestine. Following the proclamation of the Turkish Republic in 1923, the sultan's properties, which remained within the borders of the new Republic of Turkey, were not returned to the Ottoman dynasty and after its members were sent in exile in 1924, their demands of inheritance were rejected. Afterwards, the exiled members of the Ottoman dynasty were given a year to sell off their properties within Turkey's borders, forcing them to offload whatever they had, either for a mere penny before leaving or given to people they trusted. Most of these people, however, did not return the properties they were entrusted with to their rightful owners.

The law, which forced members of the Ottoman dynasty to go into exile, also legalized the taking over of real estate that was registered under the names of the Ottoman sultans as well as the assets in the palaces. As the property and assets eventually passed down to their heirs, stripping the Ottoman dynasty of the right to inheritance was a crime against human rights and the violation of a fundamental legal principle due to the retroactive law. Beside this, the law was retrospectively applied, which obviously violates fundamental legal principles.

The colonizing powers followed international practices and did not lay their hands on the personal properties on Ottoman lands that were lost following the World War I. However, as they were nationalized by the Young Turks, the real estate that belonged to the Ottoman family was seized, because they were afraid of the Ottoman dynasty's chances of claiming their rights to the oil basin in Mosul and winning its argument on an international platform. 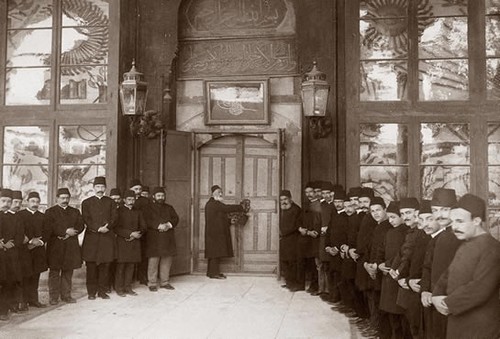 After the Ottoman dynasty, members abandoned their hopes of the new regime returning their properties and had to rely on family properties outside the new borders of Turkey.

Members of the royal family also applied to the British government while world-known men of law presented reports on the legitimacy of the Ottoman dynasty's claims.

For instance, Germany returned the properties owned by German Kaiser and paid compensation for some as well. After the Ottoman dynasty's application, however, London handed the case over to a local court and hindered the recognition of the dynasty's claims through devious means.

Being the president of France from 1920 and 1924, Etienne Millerand, who was also a lawyer, appealed to Ankara as the proxy of the Ottoman dynasty between 1920 and 1924 and demanded that a symbolic place should be returned to the dynasty among other properties, which were once owned by Sultan Abdülhamid, but then seized by the new regime. He also informed the Ankara government that he would file a claim at the Court of Justine at The Hague and said that the dynasty would claim its right on properties outside Turkish borders, among those Sultan Abdülhamid's 4,000 square kilometers of land in Palestine and his share in the Mosul oil basin.

With these demands, the exiled members could have been relieved of their misery and Turkey could win its share of oil in Mosul, as the members of the Ottoman dynasty had promised to hand their share over to the Turkish government. However, the then Ankara government, which never wanted the Ottoman dynasty to get rich, rejected its demands immediately.

Only heir to Sultan Abdülhamid

Meanwhile, some of the wives of Sultan Abdülhamid, who were not subjected to exile, demanded their share of the inheritance, registered under the name of the sultan's name and had not been seized yet. The Turkish court ruled in favor of the complainant in 1934 and the Court of Appeals confirmed the ruling.

A Jewish dentist Sami Günzberg, who was also a member of Mustafa Kemal Atatürk's inner circle, handled the procuration of different members of the royal family and allegedly faked the signatures of those who did not give their permission to make decisions on their land.

He took over much of the real estate belonging to the dynasty and in return offered little money to many of his clients and thus the then expression "The only heir to Sultan Abdülhamid is Sami Günzberg," was born.

The Turkish government, which feared that the inheritance issue might come back to haunt them, introduced a new law in 1949, that prevented members of the Ottoman dynasty inside Turkey from claiming their rights of inheritance in or outside Turkey, which strengthened the hand of Iraq, Syria, Lebanon, Israel and Cyprus on that matter, against the members.

Although it could have been beneficial for Turkey in the long run, if these families were allowed rights on former Ottoman territories, the issue turned into a fool's errand, because of the Ankara government's hostility toward the dynasty and the family sank into despair and misery. In 1952, the female members of the Ottoman family were allowed to return to Turkey, while permission for the male members was given in 1974, they neither got their property back nor any compensation.

Sultan Abdülhamid's family members are still pursuing the issue in court, awaiting a final decision, which is, in fact, more of a political issue than a legal one.
Last Update: Feb 10, 2017 5:52 pm
RELATED TOPICS