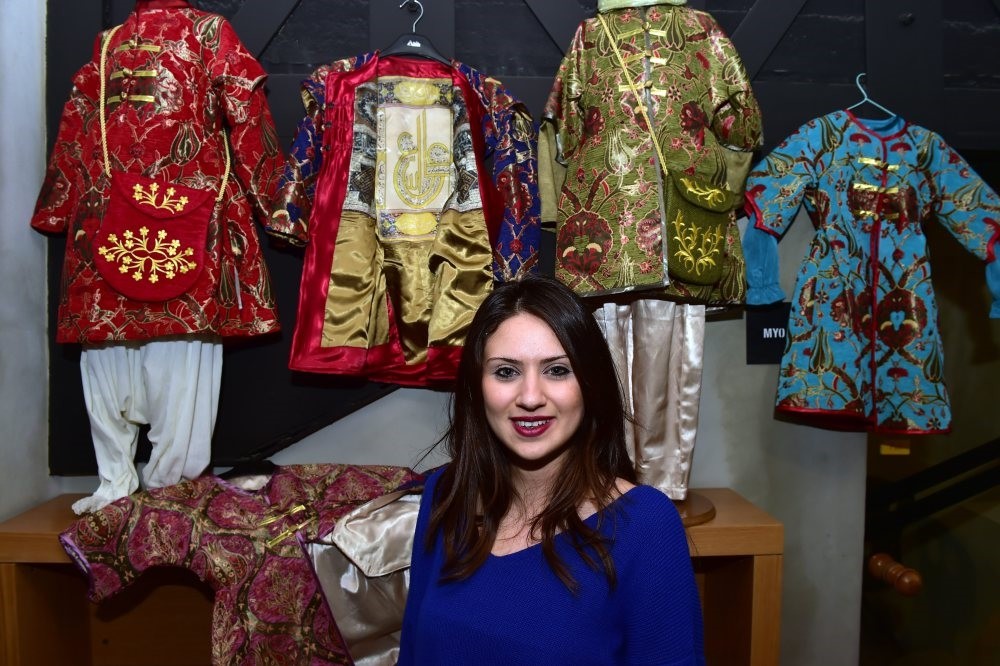 Children's clothing at Topkapı Palace in the 16th century as exclusively designed by skilled tailors, bearing similarities with that worn by sultans and showing the empire's affluence

There were numerous ateliers at Topkapı Palace, the main residence of Ottoman royals. Some of them were responsible for designing the sultan's garments. Skillful painters were present to design the prints, reflecting a high sense of aesthetics, then fabrics were woven with these prints and tailors were making every effort to show the magnificence of the Ottomans through these clothes.

Fabric would be ordered from Western cities like Venice and Florence. A great deal of fabric and many other garments arrived as gifts from countries like Iran, India and China, all of which were famous for their production of silk textiles. The garments of the children in the palace were no different from their parents' clothing.

Ozanhan Kayaoğlu, a teaching assistant at the Department of Textile and Fashion Design at Nişantaşı University, and his students developed a project on children's clothing in the Ottoman Empire in the 16th century and designed exact replicas of the clothing. The leader of the team is Professor Hülya Tezcan, who worked at Topkapı Palace as an expert on Ottoman clothing for 35 years. Tezcan, who is also the author of "Sarayın Çocukları" (Children of the Palace), shared more details on children's clothing in the Ottoman era.

Ottoman children's clothing used to be made of silk. They were woven using gold wires in the ateliers of Topkapı Palace. As in the other clothing, vermeil was the favorite and most used color for children's clothing. Light amber, blue and green were also among the favorite colors of the palace. Tezcan says the clothing worn by the children of the palace were the miniature versions of what was worn by their parents. "Children, both girls and boys, used to wear shalwar, inner dresses and kaftans. Short jackets were also worn instead of kaftans. Obviously, the use of gold in the fabrics creates a staid appearance," Tezcan said. 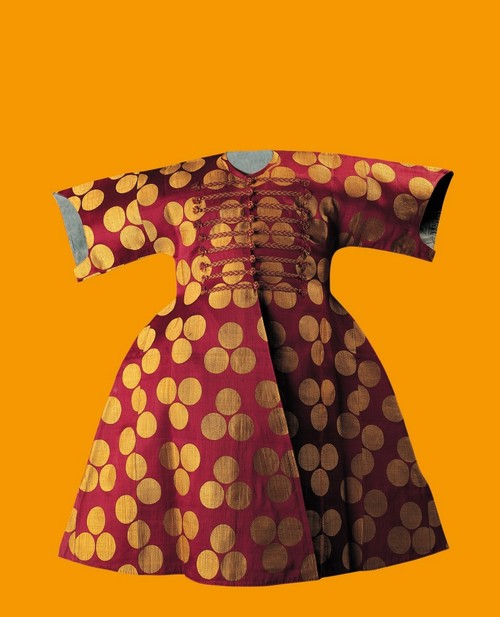 Back then, clothes of styles used to be kept ready for the harem of the sultans in the ateliers of Topkapı Palace. Both the sultans and their children would wear 30 different outfits in different styles in one month - one for each day. Tezcan also emphasized that tailoring craftsmanship was elaborative and subtle. "The clothes were made in different styles in advance and presented to the sultans if they needed them. Also, each child was given 10 pairs of shoes every month," Professor Tezcan said. 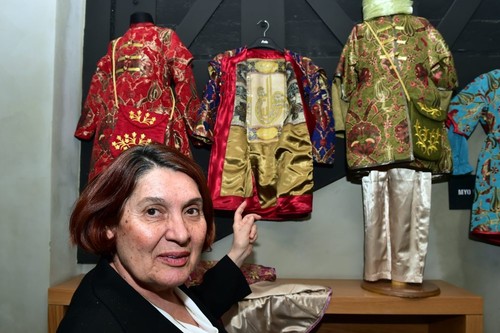 Professor Hülya Tezcan worked at Topkapı Palace for many years as an expert on Ottoman clothing. She presented the collection with students of Nişantaşı University (above).

At funerals or feasts, one could easily observe changes in clothing in general. While the main colors for these occasions were purple or aubergine, after a five-day mourning period, white, ivory color and light cream were among the colors preferred. "Children used to wear a type of dress called "serasel" (metal-ground silks) during the ceremony of their fathers' accession to the throne. "Serasel" means gold and silver in the entire dress. Kaftan was woven with gold and black fox fur was used for the inner part," Tezcan said.

Ozanhan Kayaoğlu said he benefited from Professor Tezcan's archive and knowledge when he was preparing the project. Having been completed in four months, the clothes cover the style in the 16th century. As part of the project, the team of 28 made 35 children clothes. The most impressive thing for Kayaoğlu was the fact that both girls and boys used to wear the same clothes.

In Topkapı Palace Museum in Istanbul, there is a very rich collection of Ottoman garments. There are more than 1,500 varieties of clothing, ranging from outer gowns to socks. The palace collection also includes women's and children's clothing.
RELATED TOPICS