Beyond the Tent: Turkish engineers respond to squalid conditions in refugee camps

Syrian refugees standing at the Azraq refugee camp in northern Jordan.
by Gülşah Dark
Feb 25, 2017 12:00 am

Host countries including Turkey have been home to millions of Syrian refugees in camps for more than five years. However, many refugee camps are challenged with infrastructural strain without proper accommodation planning. Two Turkish industrial engineers have come up with a re-design that will help refugee camps maintain their long-term sustainability

As a bus loaded with 50 refugees and asylum seekers arrives in front of the shabby hotel run by a couple who have decided to convert their family-owned lodging facilities, located in the remote, cold mountains of Norway, into a reception center for refugees, the image of freezing, displaced persons seeking a safe haven inside a hotel with no proper electricity, doors with no handles, shattered windows and abandoned bathrooms is a scene from the Rune Denstad Langlo film, "Welcome to Norway," and is not far from reality in its depictions of the refugee crisis that has weighed heavily on the world for the last few years.

After five-and-a-half years of unabated conflict, the situation in Syria is still pushing millions of people into danger and adversity. The crisis has left 4.81 million refugees displaced in neighboring countries including Turkey, Lebanon, Jordan and Iraq, while Turkey hosts more refugees than any other country in the world with nearly 3 million. According to the Regional Refugee and Resilience Plan (3RP), there are an estimated 6.5 million internally displaced persons (IDPs) within Syria. According to data from Turkey's Disaster and Emergency Management Authority (AFAD), which oversees more than 25 camps hosting Syrian refugees from all walks of life, around 300,000 refugees are hosted in the camps alone, while Turkey has spent about $25 billion to provide assistance and shelter to those displaced by the Syrian Civil War.

In Jordan, most refugees who live in camps are based in Za'atari. Despite major improvements recently, the living standards there were very poor in the earlier years, with dire conditions and the lack of hygiene making a deadly combination. As reported by Mercy Corps, a global humanitarian aid agency, the scorching heat in summer and limited electricity in winter continue to be some of the biggest challenges in the daily lives of camp residents.

Greece has become a main point of transit for refugees with aims to reach Europe. The winter freeze at the Moria refugee camp on the island of Lesbos exposed refugees to sub-zero temperatures in deteriorating conditions, causing multiple deaths. A recent report from the Refugee Rights' Data Project points to the fact that "Tens of thousands [refugees] are trapped in limbo [in Greece], facing sub-par humanitarian standards and daily human rights violations. 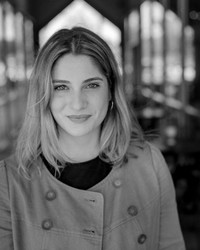 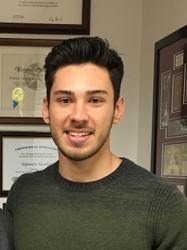 To improve the standard of living in refugee camps, a high-level of engagement must be on the table. Stefani Mikov (L) and Emir Üçer (R), two young Turkish engineers from the Department of Industrial and Systems Engineering at the University of Southern California (USC), have come up with long-term answers to improving the lives of these temporary guests, whose socioeconomic problems are turning out to be more permanent.

"While reading the news, one of the greatest challenges in the world grabbed our attention. With my partner's help as well as that of Professor Najmedin Meshkati [and Dr. Yıldız Nielsen], we felt that as young engineers it is our duty to offer a more permanent camp design, where refugees can feel more at home," Mikov told Daily Sabah.

The two embarked on this project as a simple assignment for their class and according to their research, the four main disadvantages facing refugees are the lack of education, camp overcrowding, insufficient health services and limited access to job opportunities.

Although the ideal refugee camp capacity is 10,000 people, the duo suggest 20,000 residents are crowded into a safe zone due to the high number of refugees. According to an article in ArchDaily, "the average lifespan of a refugee camp ranges from seven to seventeen years."

To address the issue of overcrowding, alternative accommodation practices are being introduced in Turkey's refugee camps, such as the "container city" concept introduced by AFAD in the southeastern Turkish city of Kahramanmaraş, where double-story prefabricated houses are home to more than 18,000 refugees.

"We [have proposed] a long-term, self-sustainable solution that will help in accommodating people for a longer period of time. We obviously cannot create a life-long solution as the political situation is not stable," Mikov continued. There is no doubt this is a costly project but they say their effort introduces a longer-term solution than the current practices.

For them, access to food and sanitation are the two urgent needs that need to be tackled effectively: "Easy access to food is another criteria that encouraged us to launch more than one market to create a more competitive environment. We suggest setting up four markets in four different corners of the camp. Last t but not least, we also enforce security by placing four constabularies and a strict scanning process at camp entrances." When it comes to sanitation, Mikov says that all the waste should be disposed of in a timely manner to avoid the rapid spread of disease.

To encourage refugees to join the workforce, a number production workshops, ranging from textiles and handicrafts to cooking, have opened in Turkey and at the Za'atari camp in Jordan where refugees can use their skills to earn a living. The Turkish engineers also included a sprawling bazaar area in their design where refugees can produce their products and sell them. "We [have also added] a health facility with an area of at least 400 square meters. In addition, we are suggesting building a school of 228 classrooms, each with a 30-student capacity."

Mikov and Üçer gained more insight about the camps after conducting some interviews with Syrian refugees. A Syrian woman, identified with the initials R.C., living in a Gaziantep refugee camp in Turkey said she was particularly content with the food rations, health services and social facilities, despite complaining about the lack of air conditioning and sunshades because the containers get really hot, especially in summer.

"The idea is to establish a community with a sense of belonging. We have proposed a design which will smoothly integrate refugees into local culture. We believe religion plays an important role in helping people to cope with their misfortunes and help them remain hopeful about the future. Faith in the future. For these reasons, mosques are an important element in our design." In a previous interview with Daily Sabah, Ibrahim Bouzdani, an Algerian psychologist treating Syrian refugees in Istanbul, said that Arab culture is religion-based, noting that weekly spiritual support is a helpful tool while emphasizing that many refugees develop post-traumatic stress disorder (PTSD).

"This is not a project which only one or two countries should be financially responsible of. The Syrian refugee crisis is much more than a local problem. There are refugees, although in very small numbers compared to the neighboring countries, in many countries from Eastern Europe to the U.S. This is a global crisis and it can only be solved through collective action."