What is a university for? 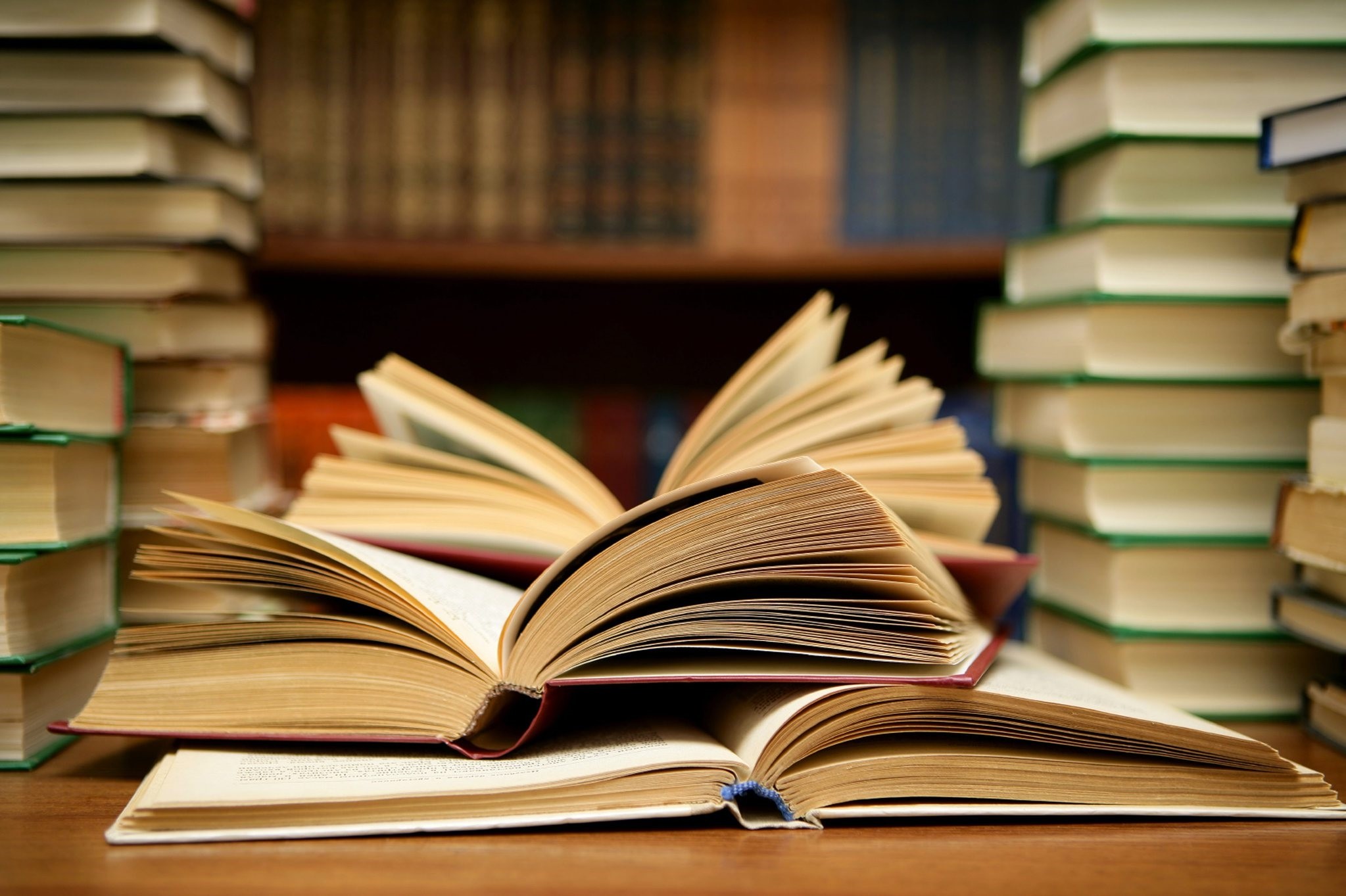 The definition of university has stirred up a long debate in academic circles. One of the main points that need to be discussed is that instead of serving as institutions of sustainable intellectual dependency and simply transmitting Western ideas, universities must be institutions through which people gain intellectual independence

Whenever my colleagues ask me to address the question of "What is a university," I become worried, even fearful of tackling it. On the other hand, it is very exciting to talk about an issue about which I have been thinking about my whole life. This is a big question, and adequately answering it is a major challenge.

The research university is the real form of a university, because there is a difference between a college and a university: A college educates undergraduate students, but universities commit themselves to research and the production of novel ideas. This is what a university is: A place where people learn, through experience, how to think, what thinking is, and how to produce new, universal ideas.

The Islamic concept of the ideal human being - al-insan al-kamil - remained essentially the same until the period of Western colonization, which took us into a period of confusion that continues until today: This understanding is also important for our investigation.

The vision of the end product of education has become very clear in America, France and Germany, but unfortunately it is still not clear in Turkey and the Muslim world.

When I go to universities in Turkey and other parts of the non-Western world, I ask students (in a political science department, for example): "Is there any theory produced by a Turkish person, by an Arab or any Muslim person in these books you are studying?" They say "no." The universities market specific Western ideas and theories to the young people of non-Western countries. To this day, I have yet to come across a psychology department where a Muslim's psychological theory is taught.

A few days ago, I met a young student doing her PhD in education. I asked her: "Do you know any Muslim scholar of education?" She said "no." She is doing a PhD in Istanbul! A religious girl, hair covered, but no idea about theories on education by Muslim, let alone Turkish scholars. I asked her: "Do you know al-Zarnuji?" She responded: "What is he?" I asked: "Do you know al-Ghazali" She said: "Yes, yes, he is a very famous scholar, everyone knows him," but she had not read anything by al-Ghazali. Instead, she studied and learned all the theories imported from the West. She is a Turkish Muslim, yet she was not taught any Muslim or Turkish scholar of education, as if there is no Islamic or Turkish scholarship on education.

The outcome of this process is what I call "sustainable intellectual dependency," and this truly is the purpose of universities in the non-Western world: Not to raise great scientists, but to make those countries intellectually and academically dependent on the West.

The university as an institution first emerged in the Muslim world. The first university in the world was established by Fatimah al-Fihriyyah, a Moroccan woman, in 859: The University of Qarawiyyin. The second established university was Al-Azhar University in 975, followed by Nizamiyyah during the 11th century A.D. in Baghdad. Only after universities had emerged across the Muslim world from east to west did some European countries begin to adopt the university as an institution - as a result, these educational traditions evolved somewhat differently.

Universities like the Qarawiyyin, the Nizamiyyah and Al-Azhar were very different from universities today. One important difference is the personal student-teacher relationship: Each student was treated individually, and the curriculum was customized for each student. There was no mass production of education, and at the end of the student's educational program, a diploma, called al-ijazah, was issued by the educator - the mentor, the teacher, or the professor to the student - rather than by the institution.

The ijazah, invented by the Muslims, especially scholars of Hadith, to conserve authentic Islamic knowledge, had a very interesting structure: It listed the entire chain of teachers until it reached the Prophet Muhammad, the Arch-angel Gabriel, and then Allah. This chain is called an isnad, and Islamic Civilization is truly an "isnad civilization." Such a system does not exist in any other civilization; in other civilizations, there were no diplomas at all, let alone a chain of transmission for the knowledge taught. My Ph.D. thesis (later published by Stanford University Press), Narrative Social Structure: Anatomy of the Hadith Transmission Network 610-1505, was about 1,000 years of the teacher-student network created by this system, the longest recorded network in the world. I only studied half of it, and the isnād network continues until today: Last year I was invited to Oxford and gave a presentation titled: "Unbroken Chain of Social Memory: Hadith Transmisson Network 610-2016."

THE SUBJUGATION OF SCHOLARSHIP

What happened when this system was transferred to Europe? In the medieval period, the Church monopolized the transmission of education, subjugating individual scholars by, among other methods, stripping them of the authority to issue diplomas and ordain students. In the modern period, the secular state became the power subjugating scholars, taking the authority to grant diplomas and licenses.

In the Islamic civilization, however, the individual scholar resisted being subjugated into the state power, instead remaining autonomous and powerful: A diploma issued by a scholar entitled the recipient to become a judge, a professor, a mufti, or a mudarris (teacher). That individual 'alim (scholar) embodied and gathered in himself the powers of the Council of Higher Education, the Ministry of Justice, the Ministry of Education and the Ministry of Religious Affairs, and still should be understood in the same way. Islam has no centralized religious authority like the Church, and so every scholar functions as an independent institution. The university, therefore, is represented by its scholars throughout Islamic history, who have the power to accept or reject students and grant diplomas. Some scholars stay in institutional settings, but they are free to leave and carry on their work independently, if they wish.

The Muslim world did see some standardization of the curricula of colleges and universities during the 11th century C.E., curricula that are largely the same today. The auxiliary disciplines - ulum al-alah - of Arabic language, logic and rhetoric are still taught similarly across the Muslim world, from India to the Balkans. Students in Turkey study books of fiqh (Islamic jurisprudence) like al-Ikhtiyar, al-Quduri, and al-Hidayah that students in India, Pakistan and Afghanistan study, as well. As Europe attempts to standardize their curriculum through the Bologna Process, we might remember that what the Muslim world achieved almost 1,000 years ago survives to this day.

The rise of modern universities, though, disrupted this standardized curriculum. The consequences of the shift in the Muslim world from the traditional madrasa system to the modern university system have yet to be analyzed very well. What happened? What kind of damage was done? Were there any advantages to abandoning our traditional education system for this new system?

Ironically, this university institution that we imported from the West is the corrupted, destroyed version of the beautiful system the West originally borrowed from the Muslims. In the new system, diplomas are issued by the institution rather than the professors and do not include an isnad. Education is no longer individualized, but based on mass production.

The greatest victim of this shift is the study of Islamic knowledge. That today we have relegated the study of religion to separate schools of theology is a result of secular thinking, which aims at separating religion from science in order to protect the latter from "contamination" by the former. In the madrasa, there is no separate school of sharia. Why? Because everyone is taught religion and other sciences in an integrated way. The traditional Islamic madrasa system, then, does not correspond with today's schools of theology but with the ideal university in general, where jurists, engineers and medical doctors can be educated together in the same institution.

A VISION FOR THE UNIVERSITY TODAY

How do we envision education today? We must teach how to think and produce ideas instead of simply transmitting and marketing Western ideas. Instead of serving as institutions of sustainable intellectual dependency, our universities must be institutions through which we gain intellectual independence.

We need to accept and appreciate the continuity of the intellectual production of Islamic civilization through the isnad system, a process that continues until today without break. Yes, there have been periods of crisis, but I believe in the continuity of Islamic civilization, knowledge, tradition, and heritage, and I see my purpose as building on this heritage: This is how originality is produced. Some young students and academics think they will produce an original idea by rejecting and cursing the past, but this is wrong: The right strategy is to place yourself before the flow of the people preceding you. They have been working on the same issues, so take their foundation and build upon it. Just as the traditional Arabic and Turkish word for university - kulliyyah - signifies its universal purpose, this new phase of human history must restore the university to its rightful place as an institution for the production of universal ideas.

The purpose of Ibn Haldun University (IHU) in Istanbul is to not only focus on formal education but also produce research. For this reason, only 25 percent of its student body will consist of undergraduate students, while 75 percent will be graduate students working towards their Masters and PhDs. At least 35 percent of our students will be non-Turkish, international students hailing from different parts of the world.