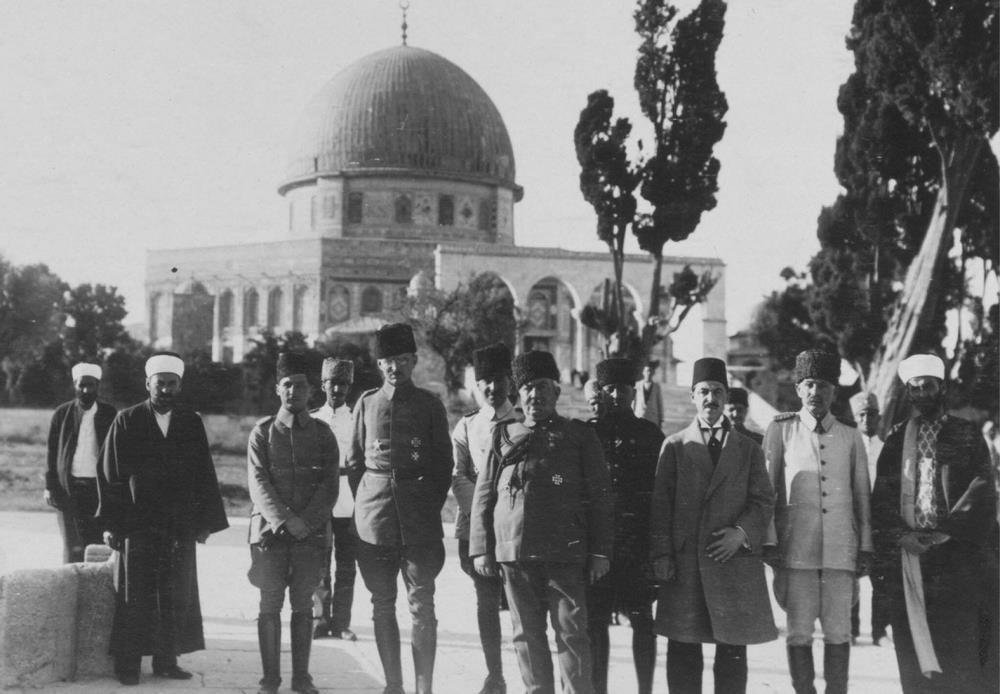 In the late 1800s, the Zionist movement called for a Jewish state to be established in Palestine. Sultan Abdülhamid II took a series of precautions to reverse the plan. However, when the sultan was dethroned and the Young Turks took charge, the movement was able to spread in the region

The Jews spread all over the world after the Romans burnt down Jerusalem in 70 A.D. They had to endure torment everywhere they went. Since those days, they have been waiting for a savior, a messiah, who would gather them under a single state. As the arrival of this long-awaited messiah was delayed, some Jewish idealists mobilized to found an Israeli state. The group that gathered in Basel, Switzerland, in 1897 was called Zionists, after Mt. Zion on which Prophet Solomon's Beth ha-Mikdas (Masjid Al-Aqsa) was erected.

Zionists asked for the help of the British Empire, which was the most powerful state at the time, but their demands were not taken seriously. In time, the empire realized that this Jewish movement was gaining strength and offered them territories, like Uganda, Siberia and Cyprus, yet they did not consent. They wanted Palestine, home to hundreds of thousands of Arabs, which was the promised lands mentioned in the Torah.

The Ottoman government took some precautions against this movement threatening its territorial integrity. In 1871, long before the Zionists took action, the Ottomans declared 80 percent of Palestine as state property. Following the succession of Sultan Abdülhamid II, he increased preventive measures against the Jewish settlement in Palestine. In 1883, he restricted the acquisition of Palestinian lands and decided to take the strategic territory himself.

In 1900, Sultan Abdülhamid II restricted Jews' stay in Palestinian territory to 30 days. He further prohibited the acquisition of territories to foreign Jews in the Ottoman Empire, including Palestine. It was declared that the Ottoman Empire was not a settlement area for people who were exiled from Europe.

No room for consent

Budapest native Theodor Herzl, the leader of the Zionist movement, requested an audience with Sultan Abdülhamid II. When this request was declined, he delivered his offer to the sultan through his close friend, Polish Phillip Newlinsky, in May, 1901. They offered to pay the Ottomans' foreign debts and to provide propaganda for the Ottoman Sultan in Europe in exchange for opening Palestinian lands to Jewish settlement and transferring governance to the Jewish people.

The sultan declined this offer with the famous saying: "I won't sell anything, not even an inch of this territory because this country does not belong to me but to all Ottomans. My people won these lands with their blood. We give what we have the way we got it in the first place." Herzl repeated his offer once again the following year, but the answer was the same.

It is important to note that Sultan Abdülhamid II should not be taken for an anti-Semite. He was known for his realistic rather than emotional approach to problems. The term anti-Semitism has no place in Muslim-Turkish culture. All the precautions taken during the period were about the integrity of the country not a particular community. Back then, the Ottoman Empire was home to the world's largest Jewish population, who lived freely. Thessaloniki, which was then a part of the Ottoman Empire, was then the biggest Jewish city in the world.

The Young Turks who dethroned Sultan Abdülhamid II in 1909 exiled the sultan to Thessaloniki and imprisoned him in the house of a Jewish banker called Allatini. All territories owned by the sultan were nationalized and Jews were allowed to settle in Palestine by the Young Turks. While they offended all Ottoman communities with their Turkification politics, they rubbed elbows with the Jews because they helped the Young Turks seize power.

There were many Jews, Freemasons and Sabataists among the Young Turks. One of them, Jewish banker and freemason Emmanuel Carasso, was a friend of Grand Vizier Talat Pasha and a member of the delegation that declared to Sultan Abdülhamid II his dethronement. Thessaloniki deputy Carasso was the most powerful person of his time and also the organizer of Jewish migration to Palestine. The Young Turks paid their debt via helping Carasso multiply his fortune and allowing him to carry out a black food market during the Great War.

The group made a deal with then British Foreign Minister Arthur Balfour in 1917. With the Balfour Declaration, the British Empire gave the green light to a Jewish state on Palestinian lands. When the Ottoman army under the command of Mustafa Kemal was defeated in Syria, Palestine was occupied by the British in 1918.It is a general principle that the occupying forces are not allowed to take action against private property: Only the state owned lands change hands. Hence, the lands owned by Sultan Abdülhamid and seized by the Young Turks were taken over by the British. Following the British occupation, the Jewish settlement in Palestine increased. Now, the Jews were also able to purchase lands. Arabs were forced to sell their land as they were economically under pressure and disadvantaged.

In a letter from Sultan Abdülhamid II, who belonged to the Shadhili Tariqa to Shadhili Sheikh Abu'Shamat Mahmud, dating Sept. 22, 1913, Sultan Abdülhamid said: "I quit being caliph because of the oppression and threats by the Young Turks. This group insisted that I approve the establishment of a Jewish state in Palestine. I rejected this proposition. They finally offered 150 million British gold pieces. I rejected this as well and I told them: 'I would never agree with you even if you offer not 150 million British gold but all the gold in the entire world. I served the Muslim community for more than 30 years. I did not let my forefathers down. Following my final response, they agreed on my dethronement and sent me to Thessaloniki. I pray to Allah, I did not accept to establish a new state on Palestinian lands on the Ottoman State and the Islamic community."

By 1947, more than half of the population in Palestine was Jewish and a significant part of the territory belonged to them. The next step was independence. Some Jewish gang forced the British to evacuate the area. The decision that came out from a referendum was to establish a Jewish state and the U.N. confirmed this in 1948. The Ankara government was among the first to accept the decision.

The new state was named after Israel whose emperor was Prophet David. Israel was the name of Prophet Jacob, a patriarch of the Israelites. On the Israeli flag, the Star of David is seen between two blue lines, which symbolize the Mediterranean Sea and the Jordan Rivers. A large number of Arabs there decided to immigrate and lived under hard conditions at shelters. Their land was left to Jews.

The allied Arab armies were defeated against Israel in 1948, 1967 and 1973. Russians were on the side of Arabs and a number of Arab states became satellite states to Russia. It was then that Sultan Abdülhamid's view was praised once more. He has remained a beloved figure in Arab countries with his name mentioned in Friday prayers.
Last Update: Mar 10, 2017 4:15 pm
RELATED TOPICS