Harness the powers of chakras with gemstones 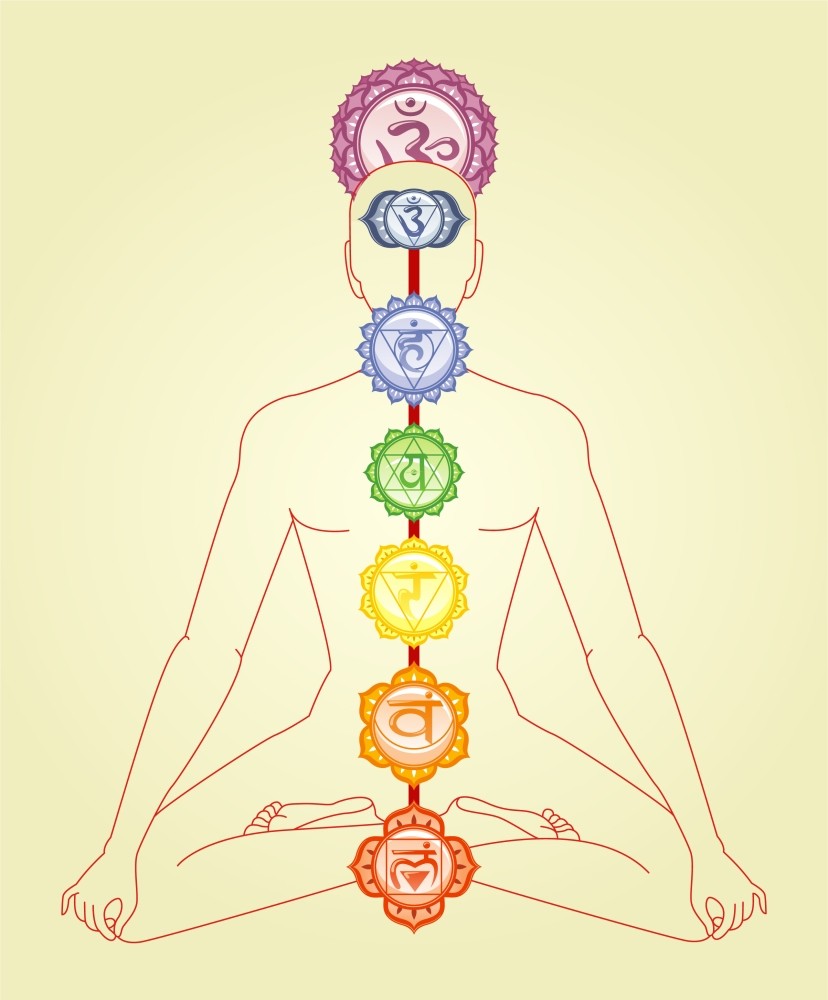 The body's energy points are considered power sources for good and evil as well as nurturing a healthy body, mind and soul. Certain gemstones and crystals originally found in nature can help evoke these powers and harness them

As human beings, we have a psychical and spiritual connection to Mother Nature that is a source of enormous power. This power is best observed in gemstones and crystals that are in fact pieces are minerals found in nature in raw form. These gems are usually cut, processed and polished for jewelry before making their way to our homes.

Gemstones were believed to have metaphysical properties for thousands of years. Ancient civilizations used the power of gems and crystals to treat the sick and for good luck. It is commonly believed that certain gems impact certain ailments as well as people's emotions and psychology. Given the fact that the human body and gemstones are both made of minerals, the human body is naturally receptive to the vibrations of crystals as they transmit, reflect, store light and receive energy. If the gem and the crystal are placed directly on the body, its energy transfers via so-called vibrations and do their magic. 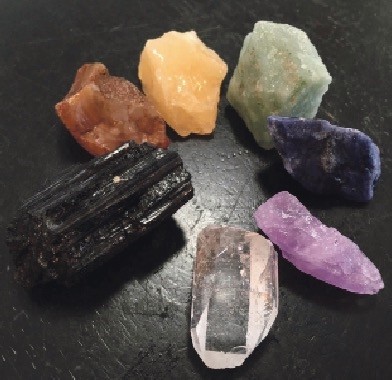 Eastern philosophy, especially Hinduism, Jainism and Buddhism, called seven spaces inside the body "chakras," and said these balance the flow of energy, ultimately bringing awareness to the consciousness of each state of being – mental, physical, emotional, and spiritual. Chakras are believed to be part of the subtle body, not the physical body, and as such, are the meeting points of the subtle (non-physical) energy channels. This philosophy suggests that there are many chakras in the human body. However, the tantric texts indicate that there are seven chakras which are considered to be the most important ones.

Each chakra has a crystal or a stone as well as a color associated with it and these stones and crystals are said to improve the flow of energy within the body, awakening every sense as well as the physical state. From love and healing to protection and compassion, gemstones and crystals help people to reach their chakras and find inner peace.

The first chakra, Muladhara, is linked to stability and represented by the color red. Located at the base of the spine, this chakra is believed to be responsible for the fight-or-flight response when survival is under threat. When this chakra is open, the person feels grounded and fearless. Muladhara is also closely related to the sense of smell. Tiger's eye, bloodstone and black obsidian are the gemstones associated with the first chakra.

Svadhisthana, or sacral chakra, is the power point in a person's body that most closely affects creativity. Associated with the colors orange, blue and green, Svadhishthana affects relationships, violence, addictions, basic emotional needs and pleasure. Physically, the second chakra governs reproduction, mentally it governs creativity, emotionally it governs joy, and spiritually it governs enthusiasm. To connect to this chakra and open it, moonstone, citrine and coral should directly touch the skin.

Manipura is located exactly at the center of the body – between breastbone and the navel – and is related to the metabolic and digestive systems. Referred to with the color yellow, the third chakra brings out a person's self-power through self-esteem, self-confidence and self-worth with the help of golden calcite, topaz and citrine.

The heart chakra or Anahata is located right on top of the heart, creating a balance between the heart, body, emotions and spirit. This chakra is believed to reflect itself with the colours green or pink. Anahata is emotionally related with complex emotions, compassion, tenderness, unconditional love, equilibrium, rejection and well-being. Related with the colors pink and green, Anahata can be reached with emerald, rose quartz and jade.

Located at the throat, Vishuddha, representing a person's ability to express themselves and speak the truth, is paralleled to the thyroid. Physically, the fifth chakra governs communication, emotionally it governs independence, mentally it governs fluent thought, and spiritually, it governs a sense of security. The color blue is associated with Vishuddha. To be able to harness the powers of this chakra, turquoise, sodalite and aquamarine are used.

The third eye chakra is located between the eyebrows and said to be a white color and corresponds to the color of indigo. The word "Ajna"means "command," in the sense of the Guru's command. This sixth chakra is closely related to intuition. Ajna's key issues involve balancing the higher and lower selves and trusting inner guidance. Mentally, Ajna deals with visual consciousness, while emotionally, it deals with clarity on an intuitive level. Amethyst, azurite and lapis lazuli are the gemstones that will unlock the powers of the third eye.

The crown chakra, Sahasrara, is considered to be the state of pure consciousness. Through Sahasrara, a person is able to connect to his/her inner self as well as others and the divine. The seventh and the last chakra is closely related to karma and meditation. The enormous power of this chakra is harnessed with clear quartz, diamond and selenite.
RELATED TOPICS