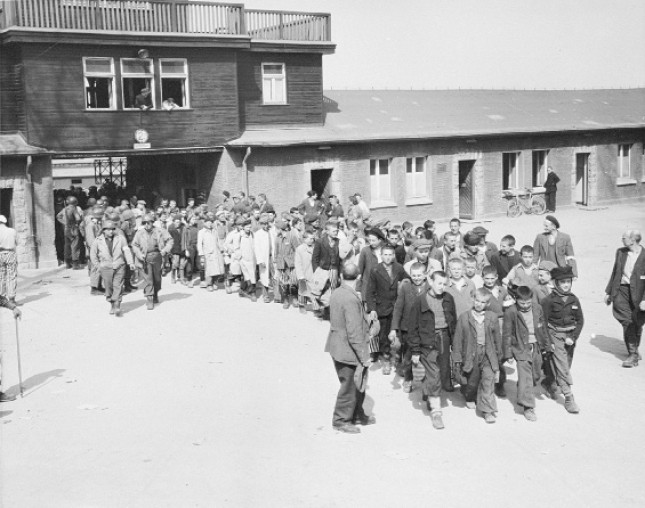 According to the UNHCR, there are 65.3 million forcibly displaced people in the world today and Turkey hosts the largest number of refugees worldwide. Turkey houses more than 3 million refugees seeking shelter from different parts of the world.

According to the U.N. Refugee Agency's data, out of the 3 million plus people Turkey hosts only 2,910,281 of these are Syrian refugees. If you go for a walk in any Turkish city, you can see a lot of people that have come from Central Asia and Africa.

Anatolia has always been a safe haven for people who were forced to leave their homelands. This is especially so in Istanbul, which is a cultural melting pot. For centuries, a variety of ethnic groups have lived together in Istanbul in peace and harmony.

Some ethnic groups like, Jews, Hungarians, Polish, and Russians came to Istanbul as refugees. The first known refugee wave from the Iberian Peninsula took place after Spaniard sovereigns Ferdinand and Isabella completed the Catholic Reconquista following the Battle of Granada.

An illustration showing Ottomans welcoming Iberian Jews who were exiled from Iberia in the late 15th century.

They issued the "Alhambra Decree," which ordered the expulsion of practicing Sephardic Jews from the entire Iberian Peninsula. The then Ottoman Sultan Beyazid II (1481–1512), who was the successor of Mehmet the Conqueror, issued a formal invitation to the thousands of Jews that were expelled and in search of a safe haven.

Sultan Bayezid II also sent out the Ottoman navy under the command of Kemal Reis to Spain in 1492 to save the Sephardic Jews. Thousands of Sephardic Jews fled to Ottoman-ruled cities such as Istanbul, Sarajevo, Salonika, Adrianople, Damascus and Jerusalem. He granted the refugees permission to settle in the Ottoman Empire and become Ottoman citizens.

Even through the exact number of refugees is unknown; the Jewish community in Istanbul reached around 30,000 with 44 synagogues built over time. In their newfound home the migrated Sephardic Jews met various needs of the society in the Ottoman Empire. The newcomers contributed much to the rising power of the Ottoman Empire by introducing new ideas, methods and craftsmanship.

"Turkey is an immigrant country. The country has been a shelter for people whose countries were invaded or their culture, languages and religions were banned. Not only Muslims and Turks, but also Christians and especially Jews were and are able take shelter in Turkey when they face pressure. Not only did Jews from the Iberian Peninsula come to Anatolia but in the following years, a lot of Jews migrated to Turkey from Western Europe. Rabbi Yitzhak Sarfati who became the Chief Rabbi of Edirne wrote a letter inviting the European Jewry to settle in the Ottoman Empire. The letter reads, 'Turkey is a land wherein nothing is lacking' and asks, 'Isn't it better for you to live under Muslims than under Christians?' This letter is very important in showing the situation at the time. Throughout the 19th century, a great deal of Jews migrated to Ottoman Empire from Russia, eastern Europe and the Balkans.

Authoritarian regimes started to establish themselves in most European countries at the time, the most famous being the Nazi regime in Germany. The Nazi regime was anti-liberal, racist, anti-Semitic, and anti-socialist.

This political atmosphere was threading many people from different parts of society and in Germany this was especially true for the Jews. Such circumstances made Jews flee Germany and Turkey was a safe haven for them.

Turkey has had strong commercial and military relationships with Germany starting from the second half of the 19th century. A lot of German officers had worked as advisers for both the Ottoman Empire and its successor the young Republic of Turkey. Turkey offered good positions to people who were fired from their positions in Germany in 1933. More than one thousand refugees came to Turkey up until 1939.

Albert Einstein, one of the greatest minds of the 20th century, was just one of those forced to leave his job as an academic. Einstein went to Paris at first and started teaching at the College de France. Einstein was chosen as honorary president of the OSE (Union Des Societies), which is a union that had the goal of helping Jews that stayed in Germany.

On Sept. 17, Albert Einstein wrote a letter to the then-Turkish prime minister asking to allow 40 professors to come to Turkey. Turkey not only accepted the request but also invited Einstein himself to come to Turkey. Einstein preferred to go to the United States instead.

Turkish support to the Jews continued non-stop throughout World War II. Turkish diplomats in Nazi-occupied countries gave Turkish passports to Jews in an attempt to save them from the Holocaust.

The Turkish Ambassador of Marseille, Necdet Kent, gave Turkish citizenship to up to 15,000 Jews and Rhodes Ambassador Selahattin Ülkümen helped 200 Jews enter Turkey. Necdet Kent was honored with Turkey's Supreme Service Medal, as well as the Righteous Among the Nations award from Israel, for rescuing Jews during the Holocaust.

Turkish History Professor Stanford W. Shaw says, "While 6 million Jews were being exterminated by the Nazis, the rescue of some 15,000 Turkish Jews from France, and even of some 100,000 Jews from Eastern Europe might well be considered as relatively insignificant in comparison. It was, however, very significant to the people who were rescued, and above all it showed that, as had been the case for more than five centuries, Turks and Jews continued to help each other in times of great crises."
RELATED TOPICS