The myth of the Anatolian small town 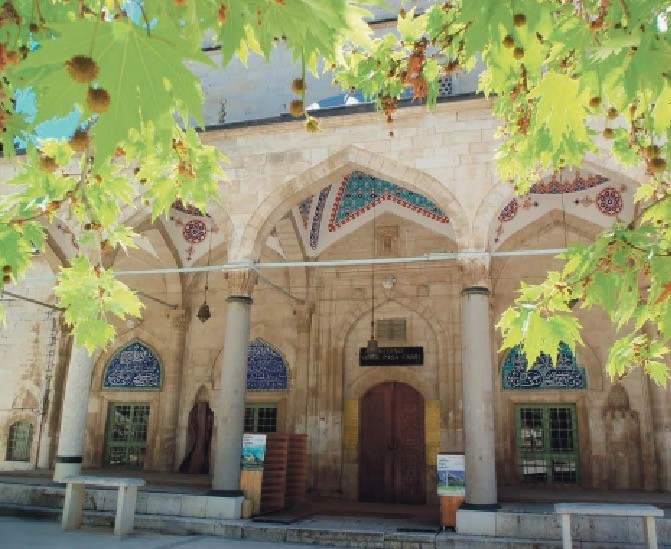 Take a trip through the foothills rising above Antalya. If you follow the winding roads, you will soon find yourselves in the town of Elmalı. What you will find is much more than what you might expect from a small Anatolian town. The depth of knowledge, wisdom and life here is astounding

From the television, from films, from books, from newspapers, we are all familiar with the small town in the U.S. However, this is a concept with a built-in contradiction. There are two distinct ideas of what a small town is, what it means.

The first approach is that people in small towns are sincerer and friendlier. They are more down-to-earth, and more relaxed. People in small towns all know each other, they know who is related to who and are usually willing to help their neighbors. In short, there is a greater feeling of community. It is possible to conclude that if this is true, this atmosphere is the result of the quieter, calmer setting, of being surrounded by nature.

The flip side of this is of course that people who live in big cities are more sophisticated, more cultured, and more open to differences.

While neither of the "small town" scenarios above are absolute truths or absolute untruths, one of these ideas has settled into many Turkish people's minds as the complete and utter truth.

There are many people from Istanbul, from Ankara, from Izmir and from other large cities who will avidly wax lyrical about the ignorance and gullibility of people who live in small Anatolian towns. They view people living in these towns as what Americans call "hicks," seeing them as backward and closed to new ideas.

If the question is one of America, there are reasons why small town people can be more insular, less open to new ideas. The rural communities were generally settled by people who had no need for society - America was a huge continent, and those who left the East were looking for freedom and open space. Over time, these communities grew, perhaps originating from just a few families. As a result, they remained closed and insular.

Yet, the American scene is very different from the Turkish scene. The way that towns in Anatolia took shape in the past cannot be compared to the way they grew in America. Small towns in America grew around farming communities, around water resources, around natural minerals.

In Anatolia, many small towns grew from dergahs or tekkes. These "dervish lodges," i.e. places where scholars of Islam would live, learn and teach, would often be established in valleys between mountains that were hard to traverse. The reason for selecting such locations was not one of security. The journey to the tekke was seen to be part of the spiritual journey; there is a general opinion in Islam, as in other religions, that the harder the journey, the greater the spiritual award.

Tekkes began first to be established as early as the eighth century, a good ten centuries before America began to be settled. During the Seljuq and Ottoman eras these tekkes would consist of a number of different sections. There was most often a masjid, rooms for the dervishes and for visitors, a library, a kitchen, larder and tombs for the dervishes and sheikhs who had died there. The tekkes functioned much as a university, providing education to all who came in both religion and morals, helping to train these young men to be the best possible members of society. At the same time, the tekkes operated as hostels, where travelers could stay the night, eating and drinking for free. No charge would be made to passersby, who were seen by the residents of the tekke as a blessing.

During the Seljuq and Ottoman eras, tekkes spread throughout the territory. There were many famous sheikhs, including Haji Bektash Wali, Sheikh Edebali, Ashik Pasha and Abdal Musa Sultan.

The Bektashi tariqat was shut down when the Janissaries Guild were abolished. Other tekkes were closed down with the promulgation of the Republic. The main reason for this move against the tekkes was the desire to Westernize as quickly as possible. The tekkes were seen as a reactionary force that was set against Westernization, and thus the easiest way to ensure that the new Turkish, the new education, the new language superseded the old Turkish, the old education, the old language was to abolish these centuries-old educational institutions. Despite the role that the tekkes had played in helping Turkey remain independent, these institutions were quickly closed down. It was seen to be the only way to a "new society".

When in Elmalı, which is in the Anatalya region, the spiritual depth of the town is striking. It is not just the 16th-century mosque that stands at the top of the main street of the town. It is not just that there may well be someone reciting Quran in the most beautiful voice imaginable in this ancient mosque. The town, with a population of under 40,000, is home to an imam hatip high school that has a strong tradition of producing successful students.

Another reason for the spiritual strength of Elmalı is that this was where Abdal Musa Sultan, a 14th-century poet and thinker, set up a tekke. Abdal Musa Sultan was a descendent of Haji Bektash Wali, and one of his caliphates. 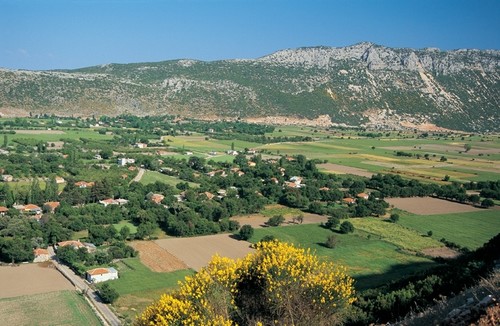 The tekke of Elmalı was one of the four major Asitanes of the Bektashis. Abdal Musa Sultan was so influential that many commemorative graves are dedicated to him in other parts of Anatolia. Abdal Musa Sultan educated many great people in the region of Elmalı; many of these were great poets.

Another famous inhabitant of Elmalı was Muhammed Hamdi Yazır, who was born in the town. It is for this reason, that he was known as Elmalılı Hamdi Yazır. Elmalılı was a great scholar; he was a theologian, as well as a p

hilosopher. Elmalılı translated the Qur'an, and wrote one of the definitive Turkish Qur'anic exegeses. Elmalılı was born in 1878.

It is interesting that the city council of Emalı was established ten years before the birth of Muhammed Hamdi Yazır. That is, the name that most people living today would associate with this town was not even alive when it became a town with a functioning council.The disparagement of the small town in Turkey is one that has been imported from America. Brought in along with many of the Westernization traits that Turks adopted at the end of the 19th-century or beginning of the 20th-century, the idea that small towns in Turkey are backwards and reactionary is not one that actually fits in with the reality of Turkey. Nestled among the numerous mountain ranges of Turkey are hundreds of towns like Emalı; these towns grew up around tekkes that functioned as places of education and knowledge; this is a tradition that carried on until the 1920s. It was only when the language was changed overnight, rendering the majority of the population illiterate, did these towns suffer. Suffering a blow that has never been dealt anywhere else in the world - that is, being suddenly divorced from the language of knowledge and learning - these towns have managed to keep their lights shining bright, despite being ignored and even despised during the first century of the Republic.
Last Update: May 06, 2017 1:10 am
RELATED TOPICS