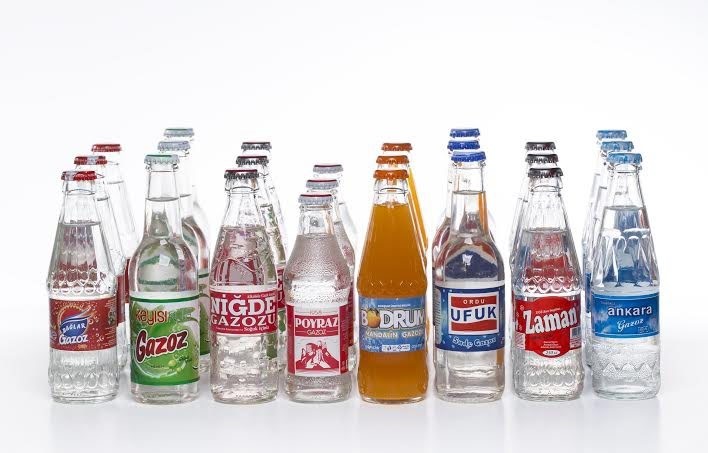 Turkey is a place where you can experience four seasons at the same time. When it is cold, it is freezing, and when it is hot, you feel like you are melting. At this point, all you need to do is open up a cold bottle of "gazoz," a type of sugar-based soda, and drink it until you feel the sweet breeze overtake your entire body

There is much speculation surrounding the "national beverage" of Anatolia. While some say it is ayran, a yogurt drink, gazoz, which is a soft drink similar to soda, is the real hero winning the hearts of the locals of these ancient lands. Long before American cold beverages invaded Anatolia, local gazoz producers offered unique tastes with several flavors for those who want a brief escape from the heat. 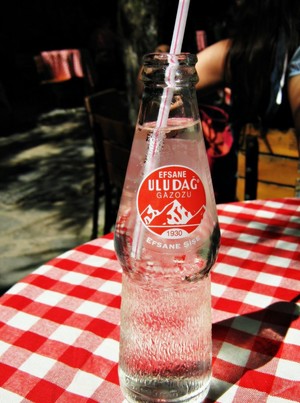 It is not easy to trace the history of gazoz in Anatolia but it is known that the first bottles of gazoz were brought to the Ottoman lands by non-Muslims who discovered the sweet taste of gazoz during their overseas trips towards the end of the 19th century. Aleksandr Mısırlıoğlu, a Greek-Ottoman businessman based in the Central Anatolian province of Niğde, realized the Anatolian people's fondness for gazoz and traveled to France to buy a machine that would aid in the production of this unique drink in the Ottoman capital Istanbul.

The first thing Mısırlıoğlu had to do was buy the production rights to make gazoz. He and his business partners Ligor Bazlamacıoğlu and Leon Şar founded the first gazoz factory of the Ottoman Empire in Istanbul's Karaköy district and began selling their product under the name "Mısırlıoğlu." The first gazoz brand was later followed by gazoz from Hasanbey, Hürriyet and Neptün.

After the Republic of Turkey was founded, gazoz production in Anatolia continued. The gazoz producers of the newly founded Republic extended their customer base starting in the 1930s. Mehmet Hakkı Erbak founded the very first gazoz factory of the young Republic and named it "Nilüfer." Then, in 1931, the son of Hakkı Bey, Nuri Erbak, discovered the formula for the legendary Uludağ Gazoz, which is still one of the most widely sold gazoz brands in Turkey.

Back in the day, due to unadvanced production techniques, the types of gazoz available were few and there were few flavor variations. The production capacity of gazoz factories was not very high and producers filtered the sugary syrup used in gazoz with felt pieces and poured the beverage into the bottles one by one. 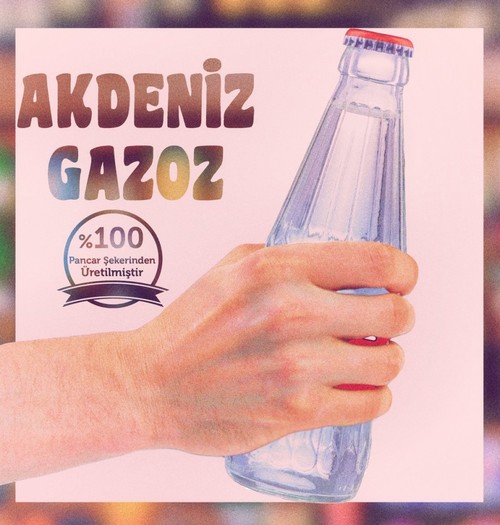 In the first half of the 20th century, Turkey witnessed the rise of this popular beverage. Small gazoz producers popped up in every corner of Anatolia. From Ankara to Niğde and Malatya to Manisa, local gazoz companies thrived and the small twists in their flavors identified with the regions they were produced in.

The flavor of every gazoz produced in Anatolia is different from the other. Producers claim that water is the key element in gazoz and it is the main ingredient that defines the flavor and the taste of gazoz.

"Water is one of the most important elements that make each drink taste distinctively different from the other. Moreover, the sugar levels of each brand are different as well. The more producers use organic sweeteners, the more customers tend to buy that product," claims a local gazoz producer.

When Coca-Cola and Pepsi entered the Turkish market, gazoz began to be forgotten. Almost all gazoz producers tried to produce cola-like beverages. Most of them failed; however, and the heyday of gazoz came to an end after the 1970s. 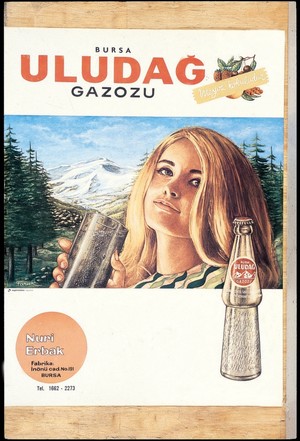 The 2000s marked the comeback of flared jeans, bellbottom pants, record players and gazoz. Soon after vintage and retro clothes and other products of the old times were revived and became parts of our lives again, local gazoz producers of Anatolia caught the tide and made a comeback. The local gazoz producers and their retro bottles were first revived in small boutique cafes around Istanbul where owners took up reviving the old trends as their mission. Once local gazoz began to attract people's attention with new, retro designs and unmatched taste, these beverages found their way to the market shelves as well.

In an interview, Asım Abay, general manager of Niğde Gazoz, touched upon the increase in gazoz production in recent years. "We plan to sell at least 80 million bottles in a year. There is no denial of the increase in gazoz, one of Turkey's traditional beverages. We are having an especially hard time keeping up with the demand we receive from megacities. There are many local gazoz producers in Anatolia and it is possible to find their products in markets as well," Abay said.
RELATED TOPICS