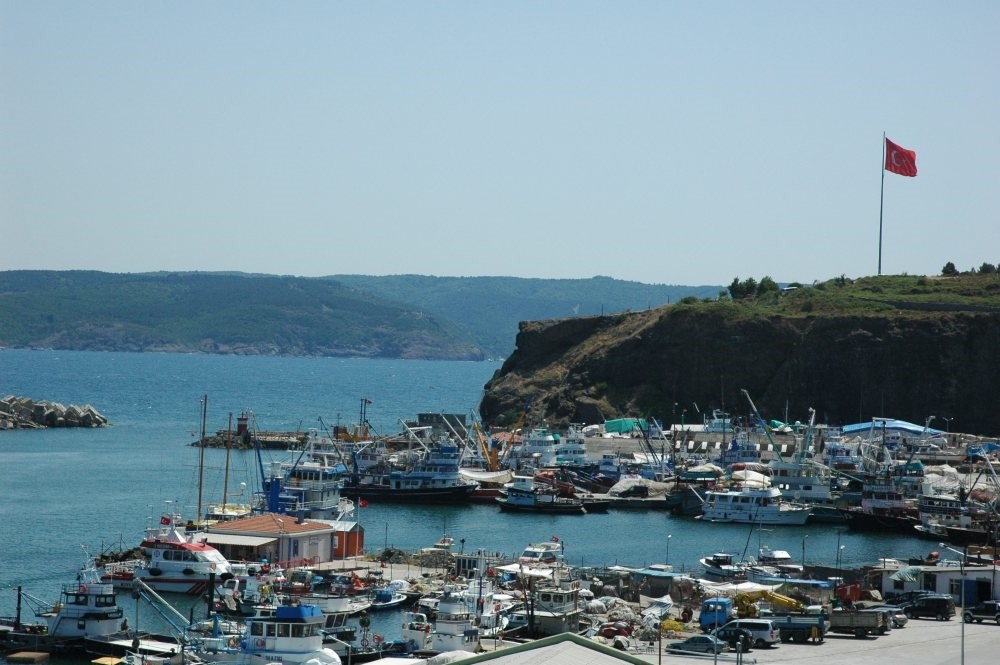 Istanbul has many tiny corners that reflect the essence of the city. Rumeli Feneri, located on city's the European side, is one of those charming places where you can enjoy nature and history at the same time

Let's start with a brief temporal-geological lesson: During the Ice Age, a glacial snowmelt caused rivers to swell, and along with abundant rainfall, trillions of gallons of water were dumped into the Black Sea, causing it to overflow, forming a massive waterfall. Over the years a large canal was formed, pouring water across the land bridge and into the Mediterranean Sea. Indeed, the Black Sea used to be a huge lake, but due to sudden wide-scale climate change, the seas connected, and the Bosporus was born.

We're starting this article about Rumeli Feneri with this lesson to emphasize the significance of the Bosporus. Take a moment to reflect on the centuries of history, the manifold of civilizations that have depended on the Bosporus for trade, defense and even weather. The journey through the Bosporus to the Black Sea has always been treacherous. Its strong and unpredictable currents obscure shallow surprises, like rocks, allowing fog and water to force you toward the shore. Rumeli Feneri Castle only dates back to the 17th century, not to the last Ice Age, but that climate accident meant that the Ottomans, Romans and Greeks had reasons to build their fortresses on the banks of the mighty strait. Today, this incredible series of events means we have something to visit and sightsee in the village of Rumeli Feneri.

Rumeli Feneri was a simple Greek fishing village before the population exchanges and is now a simple Turkish fishing village with a crumbling castle on its outskirts. "Fener" is Turkish for lighthouse, and while there is indeed a lighthouse here, it doesn't evoke the same joy and terror in my heart that the castle does. The lighthouse was built by enterprising French military engineers during the Crimean War for the same reason every other empire built something: Navigation and defense.

If you're keen on visiting Sufi figures, the grave of Sarı Saltuk Baba, a 13th century dervish, may or may not be at the base of the lighthouse, as this is only one of 12 alleged burial sites he might have. I take it that people who visit Sufi figures take a rather Zen approach to their religious journeys. If he is here, so be it. If he's not? Well, we've got 11 other places to pray at. He's bound to be in one of them.

My girlfriend Harriet and I picked a sunny day and grabbed the 150 bus from Hacıosman at the north end of the Taksim metro line. The ride takes about 40 minutes and offers a stunning view of the Bosporus and its tinier villages, the new and rather pointy-looking Yavuz Sultan Selim Bridge over the Bosporus and in some parts total jungle overgrowth. The parts north of Hacıosman contain some of the wildest and greenest parts of Istanbul province due to drippy, gray Black Sea weather and its relative isolation.

The bus first dipped down into Garipçe village that features a popular beach and breakfast place, which if we had left early enough, we would have given a try, but time didn't permit us a leisurely brunch. Oh well. Then it jumped back to the highway and delivered its passengers directly to the center of Rumeli village. On our trip, the bus was half full, mostly groups of local and foreign tourists. As we all disembarked, a group of "teyzes" (elderly women) hung around the ice cream "bakkal" (grocery shop) next to the bus stop and waved at us.

The road winds up from the bus stop for a five-minute walk to the castle, which was built by Genoese Italians and later modified by the Ottomans for maximum cannon capacity. Despite the tourists, I was struck by how empty and peaceful the place felt. Something about the open sky and water, bordered by a stretch of castle arches, made us want to stare out forever. Inside the castle courtyard, a gendarmerie officer was getting horseback riding lessons from a guy in a fez.

We clambered up the walls, picking our way through bits of broken glass. We spiraled to the top of one of the towers to peek at the shores below and saw no less than two pairs of brides and grooms having their wedding photos done. It was a nice day for it, anyways.

As we wandered back, the teyzes waved to us again. I bought some ice cream, and they asked where I was from. "You're clearly a 'yabancı' [foreigner]," they said. "Clearly I am," I replied, and they thought it was hilarious. This interaction inspired me to take yet another backyard tour through the charming mix of friendly strangers and ancient history Turkey is famous for.

In a few months, the construction of restaurants, tea gardens, knickknack shops, industrial toilets and more will commence near Rumeli Feneri's castle. I recommend you visit before they put up the corrugated steel renovations, and you won't be able to clamber on the castle walls any more. Take the 150 IETT bus from Hacıosman for a grand day out.