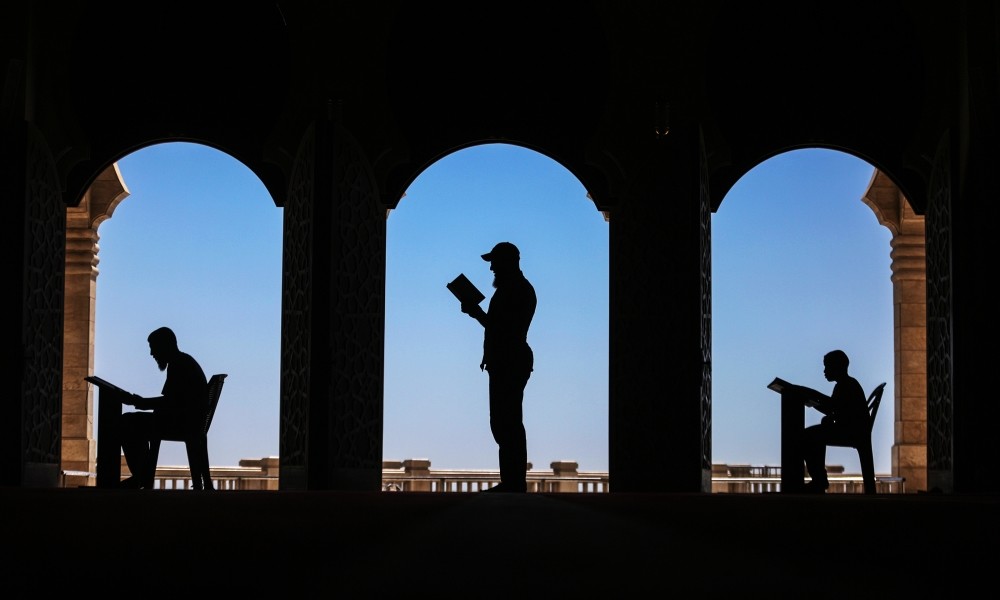 Once again Ramadan is here. The long days (17 hours) of not eating or drinking means that one's life invariably turns upside down. The short nights become a time of fervid mental activity and the long days become times when thoughts jump from one random idea to another. Ramadan is a time when we take stock of our personal life and also consider the positive and negative aspects of the environment in which we live

Ramadan is a once-a-year opportunity to devote oneself to all that is altruistic. In addition to not eating and drinking, Ramadan encourages Muslims to be more considerate to others, taking into account the needs of others more than at any other time during the year. Giving iftars for those in need, donating money and food to the less fortunate, being more aware of the needs of such people, these are all activities that are encouraged during Ramadan.

Throughout the month of Ramadan the Muslim is expected to donate money and goods. Sadaqah is a form of charity that can be given at any time of the year, in any amount. But Muslims tend to give more in sadaqah during Ramadan than at any other time of year. Zakat is a form of charity that is usually donated at the end of the month of Ramadan. The amount of zakat is calculated as being 1/40th of any accumulated wealth. Although zakat can be calculated for livestock (cattle or sheep) as well as for grains, for most people zakat is calculated according to the money they have in the bank. The lower limit for this accumulation of money or goods is 85 grams of gold. If a person has more than this value in the bank, and that amount has been there for over a year, they are obliged to pay 1/40th (2.5 percent) of the value as charity donations.

Then there is the Sadaqah al-Fitr, to be paid by all Muslims who possess the lower limit of goods stated above. This is to be given at the end of the month of Ramadan, and should be the equivalent of 5 pounds of wheat. Today, this charitable donation is most often given as non-perishable goods, such as rice, flour, dates or other dried fruits and legumes. The donation of such goods means that all people are ensured to have something to eat during the 'Eid holiday. Those who are unable to fast due to ill health or advanced age must donate meals, or the money to buy such meals, to people in need.

The reality of the charitable donations during Ramadan means that less fortunate members of society are taken care of and supported. The donation of 1/40th of a person's wealth means that wealth is redistributed, at least to a certain extent, every year. Those who are well off must give some of their wealth to those who are not well off Although concentrated during the month of Ramadan, as part of the spiritual atmosphere of fasting and reflection inherent in this slice of time, Islam ensures that such charitable efforts are continued throughout the year. The phenomenon of the waqf (charitable foundation) dates back to the earliest years of Islam, and was a means of ensuring that those who had shared with those who had not. It is related that Umar ibn al-Khattab asked the Prophet Muhammad how best to make use of some land he had. The prophet answered "Make the land unable to be sold or given away, and give its profit as charity." The crops harvested from this land and any profits made from the trade of these goods were donated to the poor and to those in need, including travelers. This tradition continued throughout Islamic history, reaching its heyday under the Ottomans. Land and buildings were transformed into waqfs, and the income went towards establishing educational institutions, hospitals, mosques and libraries.

Many Muslim men, and as many if not more Muslim women, established waqfs and created institutions that were of use to society. The wife of Harun al-Rashid, the most famous caliph of the Abbasid dynasty, arranged for wells to be built on the road from Baghdad to Mecca, thus helping the pilgrims on this arduous road. Fatima al Fihri and her sister, daughters of a wealthy Tunisian merchant, spent their inheritance on building a massive mosque and university. The al-Qarawiyyin Mosque and university are still standing today in Morocco. Al-Qarawiyyin Univeristy is the oldest degree-granting university in the world. And it was built completely on charitable donations. Wealthy Ottomans, including sultans and their wives and mothers, established hospitals, schools, mosques and libraries. The scope of the waqf thus became to fulfill the needs of the citizen that the state could not fulfill - education, health, religion.

There were more than 35,000 waqfs in the Ottoman State which helped to fund public works, including bridges, water wells, hospitals and schools. These waqfs were how the Ottoman society made sure that all the needs of the people were taken care of. After all, the state can only do so much, and needs the contribution of all citizens to keep it going. 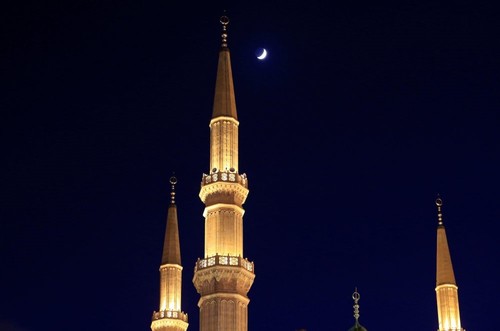 The closest comparable phenomenon in the Western world is the civil society organization. The Western world first started getting interested in the need for civil society, in the sense that we understand it today, with great philosophers like Hobbes, Locke and Montesquieu. In this early thought, orderly society was absolutely essential for human beings to survive and to flourish. Civil society would give them space away from government in which they could freely pursue individual choices. Civil societies provide a public space between the state and the citizen, enabling them to decide what society needs that the government does not or cannot provide, as well as lobbying the state to provide the same, or taking action to establish such institutions.

Ramadan is a time of reflection. One must wonder why, if the CSO culture in the West is so strong - with thousands and thousands of charitable organizations, there is so much hunger. Many tackle difficult subjects like hunger and poor health. But despite this strong CSO culture, while the 400 wealthiest Americans have a net worth of over $1.5 trillion: 1. Nearly half of the world's population - more than 3 billion people - live on less than $2.50 a day. More than 1.3 billion live in extreme poverty, less than $1.25 a day.

2. 1 billion children worldwide are living in poverty. According to UNICEF, 22,000 children die each day due to poverty.

3. 805 million people worldwide do not have enough food to eat.

5. In 2011, 165 million children under the age of five were stunted (reduced rate of growth and development) due to chronic malnutrition. (https://www.dosomething.org/us/facts/11-facts-about-global-poverty)

Thus, it is a time to wonder why NGOs in the West are getting more and more political, and less and less effective. If they were working as they should be then we would not be faced by the statistics above.

Maybe we need to extend the caring and giving of Ramadan not only throughout the year, but throughout the world. Waqfs were established for religious purposes, and as long as they functioned purely for altruistic purposes they flourished. The example of donating excess lands, property or income to the good of society is one that we should take up once again.Happy Ramadan!