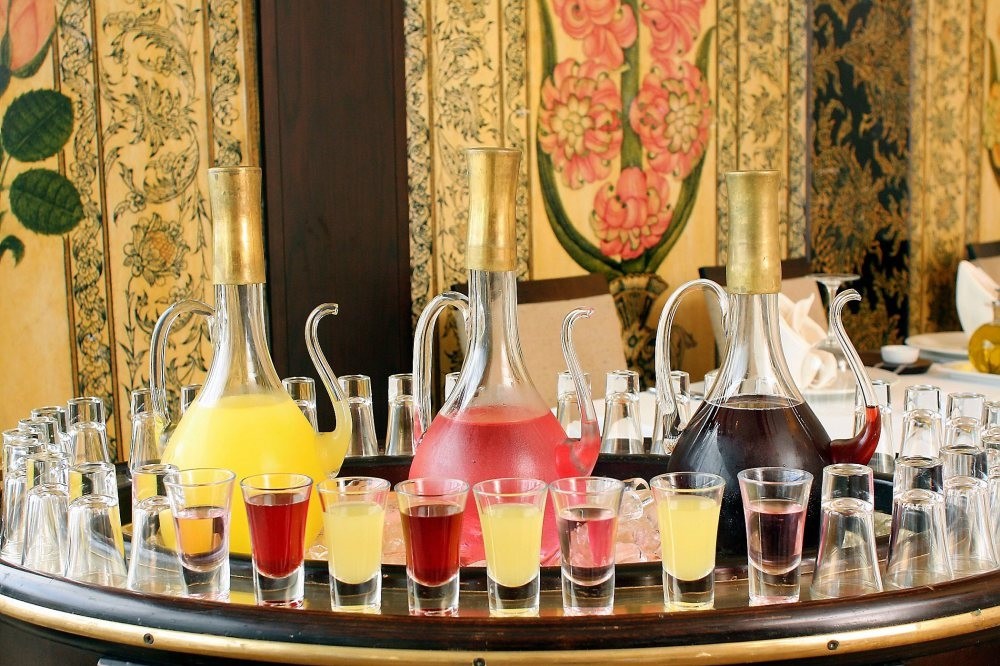 With the heavenly menus of Turkish cuisine pleasing both the eyes and the stomach, Ramadans of times past used to offer a fantastic month to fasters. While bakers worked their magic, iftar tables used to offer a carnival-like atmosphere with desserts and colorful sherbets special to Ramadan

Those were the old Ramadans. A festival-like holy month offering a time to show-off for bakers, cooks and chefs. Tables used to be adorned with colorful sherbets pouring down from jar-like fountains. Soups of various kinds would be prepared according to the season and the region. Normally cooked in two or three styles, pilafs of all sorts would be seen in this holy month. The life of those fasting used to turn into a carnival thanks to fantastic menus offering mesmerizing tastes along with Ramadan specials that could only be eaten during Ramadan.

No matter whether one can afford a fulfilling meal or not, Turkish cuisine is ready to serve alternatives for all. As old Ramadan classics illustrate, Turkish food culture offers a fruitful month for all no matter whether the person fasting is rich or not, or whether the season is winter or summer. In all cases, you can spend this holy month of fasting as if you were at a festival full of charming tastes. With its hot and cold soups of various kinds, rich pastries, colorful and cooling beverages and delightful recipes special to Ramadan, Turkish cuisine has mesmerized our senses through the ages.

In addition to the basic Ramadan essentials like pide, güllaç (a traditional Turkish dessert consumed especially during Ramadan) and sherbet, which can be prepared and consumed in all seasons, there are many variations of recipes shaped according to the season and region. 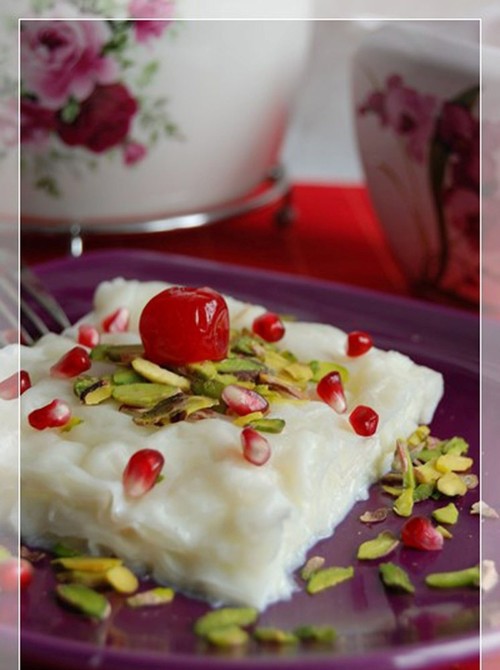 Chef and investigative writer Musa Dağdeviren tells us about some local meals that are cooked just during Ramadan, in addition to the classical ones integrated into Ramadan cooking.

During the nostalgic summer Ramadans, meals used to be less spicy and winter soups used to make room for cold ones and compotes would adorn the tables along with sherbets. On the other hand, the classical Ramadan essentials like pide, pies, rich pastries and kahke (a kind of nostalgic cookie made with butter), were consumed all over Turkey.

In the cities located on hot zones like Siirt and Mardin, cold and sugary soups used to be the order of the day. For example, yogurt soups would be prepared with cold grape molasses, raisins or with beans and served cold. If it was winter, then it would be served hot. Cold versions of the soup would be conserved in refrigerators or down well holes.

An Ottoman miniature depicting Muslims breaking their fast with soup.

In winter, dried versions of spices and some herbs were used in kitchens, while in the summers they were used fresh. When it comes to cacık, a traditional Turkish recipe prepared with cucumber and chilled yogurt, again fresh mint, dill and thistle is on the recipe list.

There is also the fixed star of the table, sarma (stuffed grape leaves). The winter meat version makes way for sarma prepared with olive oil in summer months. When it comes to pilaf, which is normally prepared in two or three different varieties, its variations were multiplied in Ramadan. Several kinds of pilafs prepared with saffron, liver and pomegranate syrup used to be served and called various names like "Uzbek Pilaf."

As a Ramadan tradition, Turkish fasters mostly cook tirit (a traditional Turkish recipe prepared with stale bread and several meat sauces) in order to use up the left-over bread, Dağdeviren explained, and went on to list the main dishes adorning the nostalgic Istanbulites' tables.

In old-time Istanbul, a great quantity of bread was wasted by families who did not come from the classical tradition. Families aware of the situation generally used to chop and dry the bread and prepare tirit with the pieces. Also, they used to prepare various kebabs with stale bread such as "yogurt kebab" and "bezirgan kebab." However, do not pay attention to the word "kebab" here. It is so called with the aim of pleasing those who cannot afford to cook or eat proper kebabs. To make bezirgan kebab, stale bread is chopped and left to dry. Then yogurt with garlic is put on the dry bread and then scrambled egg is added on top. It is served with a little sauce to top it off.

When it comes to other Ramadan specials peculiar to Istanbul, bastırma (a traditional recipe cooked with vegetables and meat), silkme (chopped vegetables shake) and stew can be given as examples. On the other hand, dolma (stuffed vegetables) and sarma have an important position around Turkey. In summertime, they are generally prepared with olive oil. Shakes prepared especially with peas, lettuce, carrot, potato and onion are high in number throughout summer months.

In addition to Istanbul traditions, Dağdeviren also talked about local Ramadan recipes. For example, there is a Ramadan special called "ekmek dolması," which is cooked around the cities of Manisa and İzmir. When Ramadan arrives, special breads for "ekmek dolması" are sold in the market. Cooks remove the middle from these loaves and mince the crumbs. Then they add minced meat, onion, parsley and black pepper into the salpicon. The bread is left to dry and then cooked in the broth steam. Some broth is poured on the bread at intervals and it is served with yogurt and garlic with pepper sauce on the top. This is peculiar to Ramadan.

Another local Ramadan special is "ramadan kebab," which is peculiar to the cities of Bursa and Afyon. A similar version, "yarpuzlu köfte" (a traditional meatball) peculiar to Adıyaman, is also a Ramadan essential. The endemic herb called "yarpuz," the taste of which is something between thyme, basil and peppermint, leaves a refreshing sensation in the stomach.

Old records show that fish also used to be consumed during Ramadan. There are even fish special to Ramadan. Caviar, boiled fish and cold cut fish used to be served along with pilaf, compote and pastry. They can be detected in the old gravures. There are even oysters in the old sources, Dağdeviren informs us.

Talking about the nostalgic Ramadans, Dağdeviren states that the first priority of the old Ramadan tables were simplicity, privacy and sharing. People helping the needy would not reveal themselves. On the contrary, they would hide their names.

Along with the main dishes, compote prepared with fresh seasoned fruits used to be served during Ramadan. Istanbul had a remarkable variety of sherbet, but sadly their recipes have not been preserved.

Marking that in those days, sherbet used to be served both before and after meals, Dağdeviren stated that in Istanbul and other cities, beverages such as lemonade and unfermented grape juice were served. During the old Ramadans, fasters used to prepare jar-like fountains that poured out sherbets or they used to wait for "şerbetçi," the man selling sherbet with a pitcher on his back. This tradition of serving sherbet is still kept alive in the Mediterranean region such as in cities like Mersin, Adana, Antakya, Kilis, Kahramanmaraş and Malatya. However, the population of these cities does not view lemonade as sherbet. In other words, when it is called sherbet it has to be served in open spaces.

In regards to Istanbul's sherbet culture, there are various kinds prepared with saffron, spices, vinegar and honey, the style of which may vary according to the family budget. On the other hand, they can be categorized also according to their position and function. For example, tamarind is a street sherbet. The ferment for licorice root sherbet is sold during summer months. People buy the ferment and multiply it at home. It is prepared by non-stop foaming and served by adding three times more water to it. Its color is like that of classic tea or a little darker. No matter whether Ramadan corresponds to winter months or not, it is definitely prepared as a Ramadan essential.

There are many other kinds of sherbets prepared with various ingredients. For example Izmir has a sherbet made of melon seeds. The same sherbet may be seen in the Eruh district of Siirt. In addition to melon seeds, watermelon seeds are also used in sherbet making. To give another example, there is kind of sherbet made by fermenting cracked wheat.