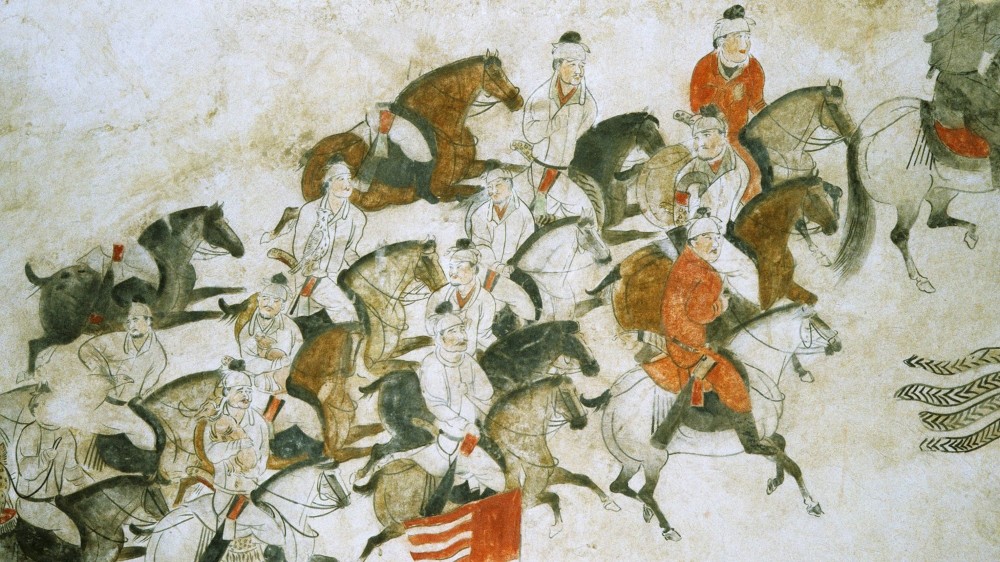 Soon after Islam rose, Muslims clipped the wings of the Eastern Roman Empire by conquering Syria and Egypt in 641. Toppling the Sassanid Empire and reaching the Amu Darya River the following year, Muslims made contact with Turkic peoples for the first time. However, the Turkic people and the Muslims were nothing but neighbors until the eighth century because of the internal Islamic struggle resulting from the assassinations of Caliph Omar and his successor Uthman. Some of the first Turkic people to be converted were relocated to Iraq in 675 by the Umayyad commander Ubayd Allah ibn Ziyad.

The right side in battle

During the reign of the Umayyads, Hajjaj ibn Yusuf was assigned as the governor of Iraq, involving all the eastern territories of the empire. Following his assignment, he assigned Qutaiba ibn Muslim, who was one of the most prominent commanders of the time, to Khorasan in 705, and they seized Mawara al-Nahr quickly. The Turkic people held back attacks from the Arab armies in 720, but the struggle between Arabs and the Turkic peoples led the latter to get to know Islam from close up.

During the battle between Muslims and the Chinese in 751, by the Talas River in present-day Kyrgyzstan, the Turkic forces sided with the Muslims and fought alongside them. It was a milestone in Turkic history. From that time on, Islam spread among Turkic people, and in time almost the entire Turkic region accepted Islam.

There are reasons why Turkic people were guided to Islam.

1- Religious reason: Most Turkic people belonged to the Kök Tengri (Tengrism) religion. Their belief system and lifestyle were somewhat close to those in Islam. They used to believe in the existence of a single creator god, the existence of a Satan figure, the afterlife, the immortality of the soul and heaven and hell. Wrong doings such as adultery, theft, torture, killing and lying were also forbidden. Sacrificing animals, prostration and polygamy were common among the Turkic peoples as well. And lastly, the concept of jihad in Islam used to fit in a way with the warrior characteristics of the Turkic cultures.

2- Economic reason: After the conquest of Turkestan, economic relations began between the local people and Muslims. The intimate relations between them created an opportunity for Turkic people to get to know the religion. Hence, Islam first began to spread among merchants in the cities. Turkic people living in the north and the east started to adopt the religion of their fellow nation with whom they spoke the same language and conducted commerce.

3- Social reason: The Muslims' honesty in commerce and the importance they gave to justice and ethics positively affected the people Muslims met through their commercial and neighborhood ties. The locals of neighboring areas understood that the social ethics of the Muslim tradesmen who came to do business with them was a result of their religion. For example, their style of measuring fabric -measuring loose when selling, but tight when buying - mesmerized the locals. They started to question whether Muslims were humans or angels.

4- Political and military reason: Umayyad and Abbasid caliphs based their militaries on the Turkic style, and recruited Turkic men and established garrison cities such as Samarra for these Turkic troops. With their superior ability to fight, the Turkic people were promoted to high ranks in the army. They were also assigned to positions concerning state governance. Hence, the army and the administrative services were conducted mostly by these Turkic people, which resulted in Turkic communities feeling closer to Islam. British historian Sir Thomas Arnold, in his book "The Preaching of Islam: A History of the Propagation of the Muslim Faith", gives a detailed explanation of why people from different cultures and ethnicities willingly accepted Islam.

Many Turkic communities converted to Islam not under force of arms, but with their own consent. The Quran forbids forcing people to convert to Islam with the sword. At the beginning of the eighth century, Turkic lands were being conquered by the Muslims. However, for some of the Turkic peoples, conversion to Islam came two centuries later in the 10th century. Within this time, there were some who converted to Islam, but it was not widespread, which shows that some of them adopted Islam peacefully.

The first Turkic rulers to convert to Islam were the princes of the city states located in Sogdiana. Prince Tarkhan Nizak, who converted to Islam in 704, preserved the throne and attended the Qutaiba campaign. The Bulgar tribe living by the Volga River adopted Islam in the same era. Inheriting power in 920, Bulgar leader Yiltawar Almish Khan accepted Islam and changed his name to Jafar. Jafar was also the name of the then Abbasid caliph. Those Bulgars are possibly the ancestors of today's Kazan, or Volga Tatars.

Sultan Satuq Bughra Khan, the ruler of the Karakhanids, was the first Muslim Turkic ruler who gained fame. Even if he was not the first Muslim Turkic ruler, he was the first Muslim Turkic emperor with the title khan, which means lord. His encounter with Islam took place before the age of 25 while he was still Atush governor via his relations with Muslim merchants. Their social ethics affected him. It was narrated that he saw the Prophet Muhammad in a dream saying: "Isn't it time to become a Muslim?" After having the dream, he immediately adopted Islam and took the name Abd al-Karim. Becoming khan in 924, his acceptance of Islam resulted in thousands of nomadic communities adopting Islam as their new religion as well to some degree.