Paddington: A bear for all ages 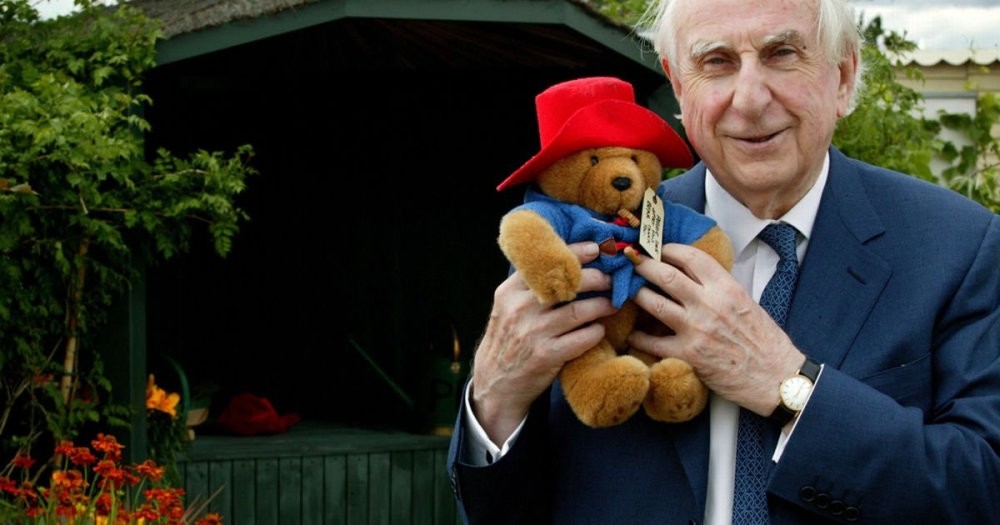 Last Tuesday, Michael Bond, a London-based author, died at the age of 91. Bond's most famous works, the Paddington Bear books, have left their mark on British and American children, and with the 2014 release of the 'Paddington Bear' film, the magic spread further around the world. The books have been translated into 40 languages, and have sold 35 million copies

The first Paddington Bear book was published in 1958, and children from that time on were entranced by the lovable little bear who found himself homeless in Paddington Station.

It is not surprising that a bear can be a lovable hero in a children's book. There is of course Winnie the Pooh, as well as many other lovable ursine characters that children love. Most children have a teddy bear of some kind, a toy that is neither human, nor yet like other animals. A teddy bear can be a cuddly confidant; it can be a best friend. 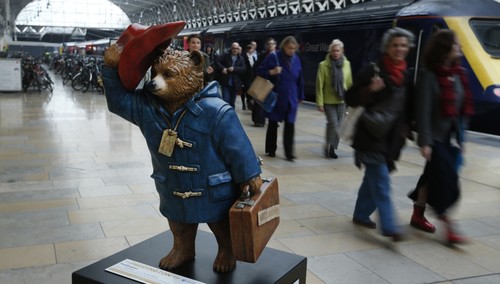 But Paddington Bear is different from Winnie the Pooh or other bear characters. Pooh Bear is British to the core. If human, Winnie the Pooh would be a public school boy, a bit dim, a bit dazed, but always trying to do what is right, even if he doesn't fully understand what he is doing.

Paddington is different. Paddington was an emigrant, or as his own author described him, a refugee, and came from "Deepest, Darkest Peru". His long journey finished in Paddington Station. There he sat, with a label around his neck. The label was simple and poignant. "Please look after this bear." The Brown family stumbled upon him, and decided to adopt him. If they hadn't, the fate of Paddington could have been very different.

The idea of a bear sitting in a station with a label around his neck resonated with the British public. It had been less than two decades since their children (or they themselves) had been shipped out from London to the countryside with labels around their necks. The evacuation of children from London was still fresh in their memories; the fate of this little foreign bear captured the British public's imagination. 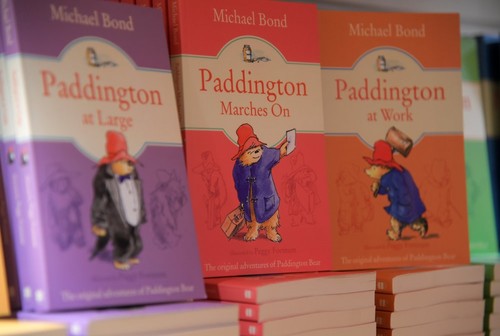 Michael Bond wrote more than two dozen books about Paddington Bear. He was inspired to write Paddington by a teddy bear that he bought for his wife as a Christmas present. He named this toy bear Paddington, after the station he used to commute to work.

Bond's original idea was that his bear should come from Africa, but editors told Bond that there were no bears in Africa. So he based Paddington on the Spectacled Bear from South America - and thus Paddington came from Darkest Peru. Paddington started out clothed merely in a red hat, a hat which had belonged to Paddington's uncle, who was still in Deepest, Darkest Peru. After being adopted by the Brown family, who stumbled across him in Paddington Station, Paddington was given a blue duffle coat, a typically, intrinsically British garment. It wasn't until 1964 that Paddington received wellington boots (another intrinsically British garment) as a Christmas present.

Paddington is odd, he is different. He is a refugee clothed in British clothing (and an old Peruvian hat). And he is a bear. But he, like his British friend, Winnie the Pooh, is inherently gentle. He is loyal, he is kind.

Of course, one of the most enchanting things about the Paddington stories is Paddington's ability to get himself into hot water, sometimes literally. Whenever he undertakes to try to do something for himself, the reader knows it is doomed to failure. He runs a bath and floods the house. He takes on map reading, and gets the family lost, as he is following a trail of marmalade dripped on the map rather than the map itself. He constantly runs into the local policeman, who kindly takes him home and delivers him over to the family. Paddington is always well intentioned, but culture clash causes him to go wrong. The family sigh, explain to Paddington where he went wrong and everyone settles down happily, until the next adventure brought on by Paddington not really understanding everything about British culture.

Paddington's favorite food is marmalade. Very British Seville orange marmalade. He can't get enough of it, and usually has a spare sandwich kept safe in his hat.

Thus Paddington is a bear of contradictions. He is foreign - coming from a deep, dark part of the world. He is dressed in British clothing, eats British food. But he is often confused by British traditions and culture - and is always trying to learn more about how to behave like his adopted family.

There are many reasons why Paddington Bear is an icon. Be it the floppy hat inherited from his uncle, the very British duffle coat and wellingtons, the marmalade sandwiches, or the hilarious misadventures, Paddington is loved and treasured.

Although a foreign bear, from dark and unknown regions, a bear who turned up without family, funds or connections, for the British public Paddington is the most British of bears. When one enters the largest toy shop in London, one of the first toys to be encountered is Paddington. Paddington Bears are to be found in toy shops throughout the country, and loom large in airport shops. The more intrinsically British Pooh Bear was seized by the American Disney Company, and has lost his place as the most British of Bears.

Paddington is such an example of British values that in 1994 a toy Paddington Bear was the first item to go through the Channel Tunnel; when the two sides of the tunnel met, he was sent to the French side by the British team. Paddington, always a traveler, was the first to make the journey under the Channel to join Continental Europe with Britain.

Paddington has an enchanting physical appearance, but perhaps more than this, it is Paddington's character that appeals to children and adults alike. Some of Paddington's quotes, from the books and from the films, show the gentle intelligence of this bear, who came from a region known as Darkest Peru.

It is not just that Paddington turns up as a refugee, with a suitcase and a label around his neck. It is not just this vulnerability that speaks to the hearts of all. It is also the off-the-cuff statements he throws out - they are truly deep and philosophical.

Paddington says that the mother of the family who adopted him, Mrs. Brown, told him that: "In London everyone is different, and that means anyone can fit in." This has become a theme for the city of London - a theme uttered by a small bear from the other side of the world.

At the same time, Paddington is very aware of his otherness, and celebrates it. He says: "I'll never be like other people, but that's alright, because I'm a bear." Paddington has no desire to be human - he is no Pinocchio. He knows what he is and embraces it wholeheartedly.

Part of this embracing is his penchant for marmalade. Paddington is aware that not everyone is as fond of the bitter jam as he is. It is probably for this reason that he usually has a spare sandwich tucked away in the depths of his hat. In fact, he says "A wise bear always keeps a marmalade sandwich in his hat in case of emergency." In other words, if you have something that is dear and important to you, keep it close, keep it handy. You never know when you might need it.

If only we could support the refugees coming from war-torn countries in such a way that they can wear their otherness with this pride. If only they felt safe enough to say like Paddington, "... although I don't look like anyone else, I really do feel at home. I'll never be like other people, but that's alright, because I'm a bear. A bear called Paddington."