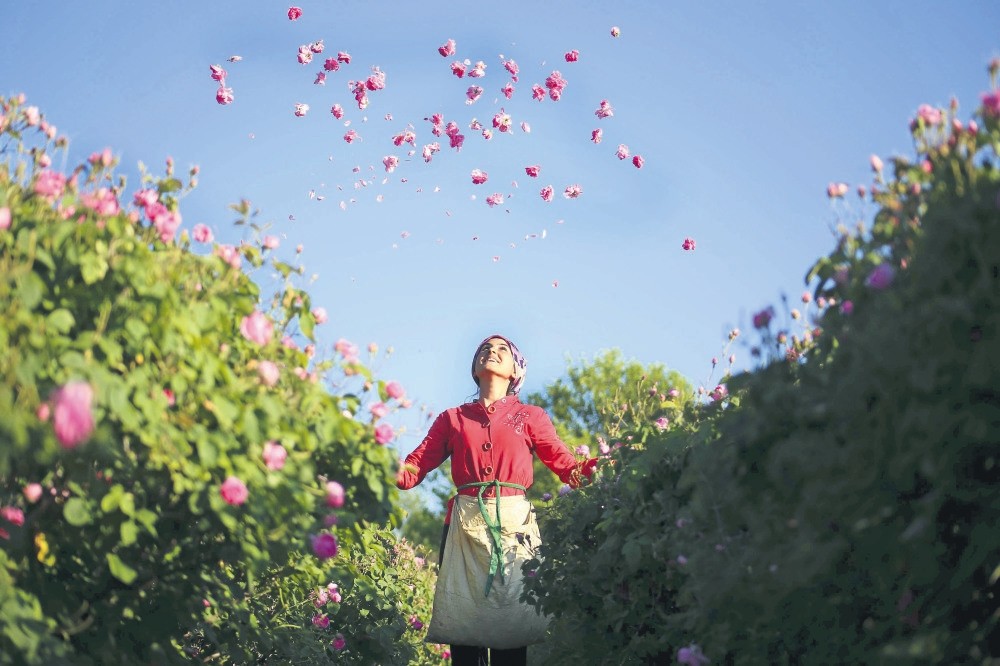 The harvest in the ‘Rose Garden of the World' has come to an end; but, the journey of the Isparta rose goes on

The rose harvest in Turkey's southern Isparta province, known as the "rose garden of the world," took place earlier last week, with the colorful roses grown by local farmers blanketing the entire city in the continuation of a botanical tradition to produce some of the world's most beautiful roses, which has persisted for generations.

Rose production in Isparta was launched by Müftüzade Gülcü İsmail Efendi in the 1870s, when he smuggled a rose sapling from the Rose Valley of Bulgaria, 1,215 kilometers away from Isparta, inside the pole of his cane, planting the first rose sapling in the Turkish province which ultimately changed the social and economic structure of the city. 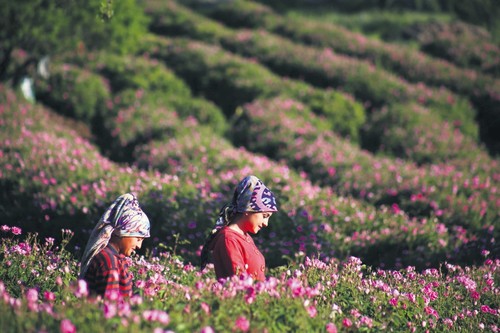 Nearly a century later, the tradition, which began with İsmail Efendi in a small field has continued for generations, allowing Isparta to become a huge rose garden, which meets 65 percent of the entire world's rose and rose by-product demand.

Although the techniques used in producing the roses and the methods for extracting rose oil have changed along with advancing technology, Isparta's rose harvest has not changed much since the 19th century, since the rose gardens in the city are not conducive with machinery. Hence, the rose harvest in Isparta has become a ceremony that attracts thousands of domestic and international tourists.

Every year in May and June, the rose harvest begins in the early daylight hours, as it has for more than a century. Since the quality of the rose petals, rose oil, as well as the color of the petals are highly affected by the sun, farmers begin harvesting roses right before sunrise and finish that day's work by noon.

Farmers hang rose sacks from their belts and begin walking around the rose bushes, cutting the flowers to the proper size. In order to preserve the oil levels of the roses, farmers move the roses to local factories quickly.

The roses are then loaded onto trucks and sent to purchasing centers dotting local villages and districts across the city. Once buyers have completed their purchases, the roses are immediately sent to the factories.

Roses are poured inside 1.5 tons of boiling water and boiled for an extra two hours in the factories. Once the boiling process is complete, the water and the oil of the rose are separated and taken to different vessels to complete a second boiling process. Once everything is done, the producers distill the oil once again and it is then ready to go.

One kilogram of rose oil is extracted from 4 kilograms of roses and a kilogram of this oil is sold for TL 47,000 (12,000 euros) all around the globe, with France being the biggest purchaser, as the fragrance capital of the world.

This amazing journey of the rose repeatedly continues every day until the harvest is finished. The rose water and oil produced is used in various products ranging from food to makeup.

Hüseyin Çelik, the general manager of Rose Oil and Oily Seeds Agricultural Sales Cooperatives (GÜLBİRLİK), İsmail Efendi, who brought the first rose sapling also the one who extracted rose oil from his products for the first time in Isparta.

Stating that the Isparta rose is grown on a 25,000-hectare-area by more than 12,000 farmers and producers, Çelik said: "Looking back, Isparta has come a long way in rose production. Isparta meets most of the world's demand for rose production and rose-based products are exported from Isparta worldwide; most notably to the U.S. and France. Roses are a part of the lives of nearly every family in Isparta: This flower is the very first to be harvested when the spring comes. Hence, everyone in Isparta has a tremendous love for the rose."

Çelik went on to note that modern facilities where roses are processed are also the result of the groundbreaking work of Ismail Efendi himself. "The way we harvest the rose has not changed; furthermore, for this reason, people flock to the region to be a part of the harvest."

For Aysun Aşkın, 74, one of the rose producers living in Güneyken, Isparta, rose production is the main source of income. Stating that nearly everyone living in the district has a rose garden, Aşkın said she is already done with her garden and now she is helping her daughter to process her roses. "I am 74 years old and I am still harvesting roses in a sort of family tradition. My parents were also rose producers. My father was the one who extracted the rose oil from the flowers in our own garden. I will continue to work with roses as long as I can physically work," Aşkın said.

On the other hand, Osman Yenipınar, 75, said that he has been harvesting roses for the last 60 years. He asserted that he still wakes up early in the morning and harvests the roses in his garden with his children and grandchildren.

Having made a name for itself as the world's biggest growers of the Damascena rose, the western Turkish province of Isparta exports rose oil around the world and last year, generated 30 million euros from the export of 15,000 tons of rose extract.

Apart from the profitability of rose oil, the city also exports cut flowers and locals in the Deregümü village of Isparta grow 30 million branches of cut flowers per season, a large portion of which is exported to the Netherlands, Romania and the U.K. Providing employment to seasonal workers, the area has a relatively cooler environment which allows optimal flower growth. Local farmers cultivate cut flowers on an area of 250 hectares, starting from July to December.