Echoes of a coup attempt 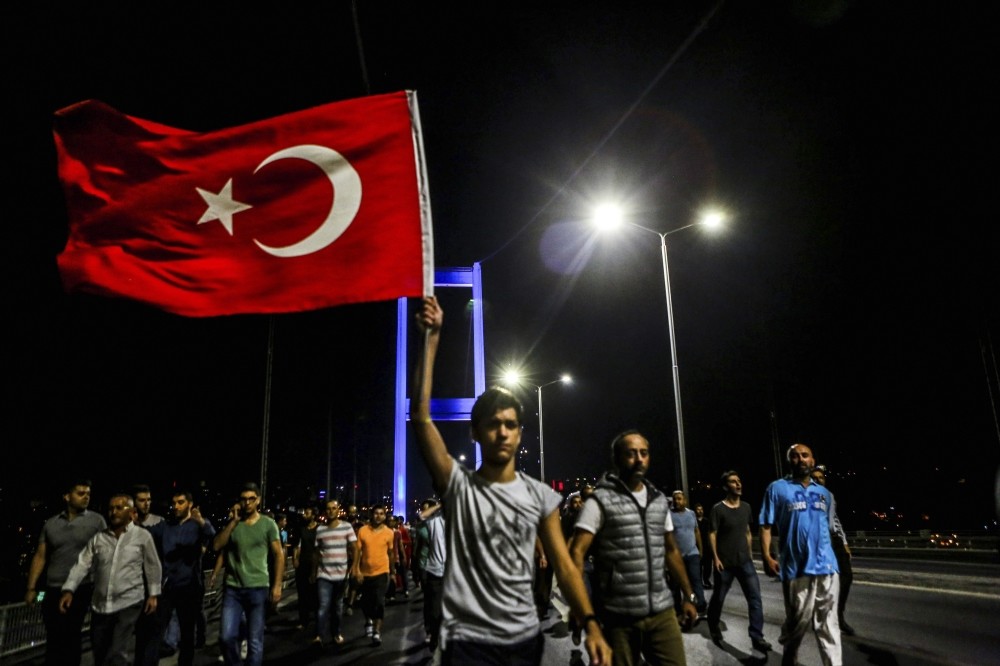 July 15, 2017 is the first anniversary of the coup attempt perpetrated by the Gülenist Terror Group (FETÖ) and a secret group in the military. Fortunately, contrary to the previous coups, the attempt failed thanks to the people's tenacious protection of democracy

Power has always been a dream and desire that blinds people, who use every means possible to achieve it. The history book is filled with coup attempts, during which people use everything at their disposal to realize their desires. However, none of these attempts brought better conditions than before; each time the country in question fell back into problems and the winners were always everybody other than the nation.

Ottoman history witnessed coups that resulted in the dethronement and assassination of the sultans. Yet, the system continued as before with a new sultan and the coup plotters were defeated at an opportune time. The Kuleli Incident, dating back to 1859, was reminiscent of the July 15 coup attempt. The coup attempt was planned by a group that consisted of some ulama (or religious scholars) and soldiers to overthrow Sultan Abdülmecid - a man who would not harm a fly - was uncovered and repelled.

The coup plotters who overthrew Sultan Abdülaziz in 1876 deceived the soldiers by saying that the Russians will abduct the Sultan and that "we are going to protect him." It was later understood that on July 15, the coup officers also deceived the soldiers as if they were going on a military operation.

A group of idealistic libertarian young people, who were actually unaware of what was going on in the world arena, mobilized government organizations - the army to begin with - to dethrone Sultan Abdülhamid II. Germany, Britain and France tried to manipulate the army by infiltrating it with their spies. In time, a parallel organization came into being in the country.

Despite the authoritarian rule and strict intelligence service run under Sultan Abdulhamid II, this organization managed to control all the levels of the military and civilian bureaucracy, and orchestrated a coup in 1908 with the support of Masonic and Zionist organizations, which held plans for the country as a whole. Hence, the inexperienced officers who had no virtue other than their recitations of the poems by Namık Kemal at Thessaloniki pubs, became the sole rulers of the country. And they, the Young Turks, the members of Committee of Union and Progress, subverted the empire within 10 years.

The history of the Republic of Turkey has witnessed many failed and successful coup attempts. The reason behind this is the single-party's ideological policy of fortifying the army to the utmost to be able to secure its position. As this ideology suggests, the one who has the gun, is the one who is all-powerful and has the voice. However, it is the righteous that have to be the ones who call the shots, not the powerful!

The adoption of democracy in 1945, with oppression from the U.S,. surprised many. How could the single-party, which ruled the country with an iron fist for 40 years, hand over power so easily? Many regarded democracy and the multi-party system as a plot by the Republican People's Party (CHP) to discover its opponents. And it was confirmed on May 27, 1960 that they were right.

Despite its faults, the Democrat Party suffered despite being liberal and democratic. The "fine tuning" to the Republic was given by the CHP via the military, while it was claimed that the Anglo-American block was behind the coup, as they wanted to depose then Prime Minister Adnan Menderes of the Democrat Party because of his stance against CIA operations in Turkey and his brave formation of an alliance with Iraq.

The Young Turks fed some - who considered themselves idealists, with the ambition of organizing a coup and seizing power - with the soul of the secret society. It is a fact that, no matter how many armaments an organization has in its hands, it is not possible for a coup attempt to succeed if it has no external support. So when a counter-coup was later attempted by Colonel Talat Aydemir and military school students, the attempt was repelled and the colonel and his team went to the scaffold.

The March 12, 1971 coup, which was claimed to be a counter-coup against a coup organized by pro-Russia officers, was made without any trouble thanks to the well-adjusted attitude of then Prime Minister Süleyman Demirel. The 1980 coup, which was supported by the U.S. under the context of the "Green Belt" initiated against the Soviets, was thought to have occured in a convenient environment for a coup as it is also claimed that the internal disturbance prior to the coup was triggered deliberately. When the country found peace after the coup, society applauded the ones who protected their lives, as is the case in the aftermath of every coup.

The Feb. 28, 1997 coup d'etat, which was orchestrated against the anti-American government, is known as the post-modern coup, as it was realized without any trouble or military intervention. However, it affected the country much more than the previous ones. Any coup d'etat, which was not supported by the global politico-economic powers of the time, did not succeed. This was the case with the French and the Bolshevik Revolutions, as well as the Young Turks revolution.

Just when we thought no coups could be orchestrated and Turkey was free of the shame of military coups, a coup attempt organized with the collaboration of the military extensions of the Gülenist Terror Group (FETÖ) and a secret society in the army was orchestrated. Fortunately, it failed, thanks to the inexperience of the coup plotters and the determined resistance of the public, who protected democracy in a way that hadn't been done before. However, the hundreds of martyrs and veterans deeply affected the Turkish nation. Once again, it was clear that there is nothing those who cannot seize power democratically will not do when they are bloodthirsty and fixed on a target.

Reasons behind the coup

The global education system, which is designed to raise monotype individuals, especially in Turkey, gave birth to ignorant and aimless groups within society who easily rise to whatever bait is dangled in front of them. No matter who the ruler is, Islam forbids rising against the government and causing unrest. Even if you are right, it is forbidden to dispute it in Islam. Sunni religious scholars never deign to accept such attempts. Despite that, in the last century, fanatic groups have caused unrest within and outside of their countries with extremist Mahdi emphases that laid large burdens on their followers.

This was the case with the coup attempt by Gülen - a serious figure with political goals and a symbol of "interfaith dialogue" since March 12, 1971. After failing to get what they want from the political authority, he and his followers, who come from the Said Nursi tradition, attempted a coup - which did not surprise many.

On the other hand, the students at military schools who were set to be future army officers, were imposed with the idea that they are more patriotic than the civilians and equipped with the potential of Napoleon, Enver Pasha and Mustafa Kemal Atatürk.

In developed societies, where democracy is adopted as a lifestyle, where people do not interfere in the issues on which they have no business and get on with their own business, you do not come across such attempts. We hope that this latest coup attempt is the last one experienced by our country.