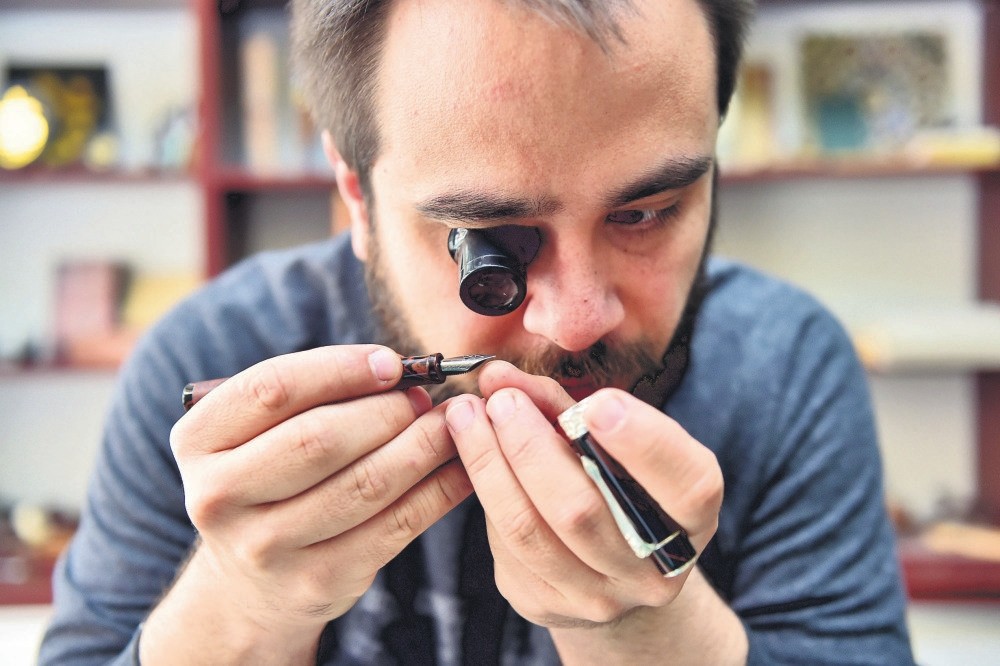 The age of technology might render penmanship obsolete but the art of pen-making continues to be kept alive by Turkey's only handmade pen master whose pens are sold at retail values between TL 500 to TL 15,000

Oruç Gazi Kutluer, Turkey's only handmade pen maker, was born and raised in Istanbul's Üsküdar district and graduated from the International Sarajevo Faculty of Visual Arts. Since his childhood, he has never been without a pen in hand, while his high school classmates used to give him their broken pens, which he would then repair and reuse.

After graduating from university, Kutluer worked in various fields; yet, his passion for pens led him to pursue handmade pen production. He is currently the first and only handmade pen maker in Turkey and has been creating pens which he calls "Kilk Kalem" in his workshop in Istanbul's Üsküdar district for the past three years.

However, that journey that led him to make handmade pens was a very tedious one. Upon realizing that there were not any handmade pen makers left in the field, Kutluer began conducting research on the craft, reading books for information and learning more about pen makers from around the world. After collecting background information on the craft and research, Kutluer purchased the necessary machinery to begin his craft and began experimenting with the machine on a trial-and-error basis. Unfortunately, while his early tests were unsuccessful, he never gave up and eventually managed to create a single, special pen. 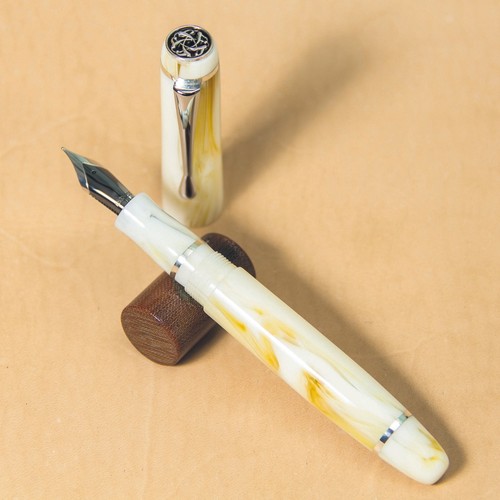 One of the handmade pens made by Kutluer in his workshop. The prices change according to the craft and the material-making tools.

When Daily Sabah visited his workshop in Üsküdar, Kutluer said that while making the pens, he sometimes loses himself to the movement of the machine itself. He said, "However, making pens is just an excuse for me to meet nice, new people through my craft and chat with them."

Kutluer's workshop is reminiscent of a café, welcoming sketch artists, painters and pen collectors alike for a chat. As I discussed handmade pens with Kutluer over a cup of tea, I observed many people waiting in line to purchase one of the pen master's handmade pens. Visitors from the U.S. to Israel and from Canada to Belgium - people who appreciate the craft and a pleasure of writing with a good pen - wait in line to purchase one of the pens made by Kutluer.

Despite the pens he makes regularly, Kutluer also makes tailor-made personalized pens. "After 110 years, I hope that a master who sees my craft appreciates me. I use 15 different materials to make a single pen. Sometimes, it takes a day to make a pen while it takes a month or even a year from time to time," said Kutluer. People who ask for tailor-made pens come with all kinds of requests. "The pen first needs to be imagined in the mind; it has to mean something to the person purchasing it. So, those who want to have a special pen to themselves should first know in their hearts what they want. I will then design a pen in light of their requests. However, sometimes people come to me with some crazy ideas and requests. What people most often request is a pen similar to the 'tesbih' [prayer beads]. I tell them to go and purchase a tesbih. A pen has certain features that cannot be changed."

While he has made hundreds of pens mostly from wooden materials, the pen maker has also used other materials for people with different tastes. Still, it is usually difficult to find the materials Kutluer uses to make "Turkish-style opens," in his own words. Most of the materials he uses are purchased abroad and cannot be found in Turkey.

The tips of the pens are made of titanium or steel and from gold, if requested. The prices, which change according to the craft and the material-making tools, can range between TL 500 ($138) and TL 15,000 ($4,164). Kutluer also documents every step of the pen-making process by taking photos, making photo albums and delivering them along with the pens to their owners. 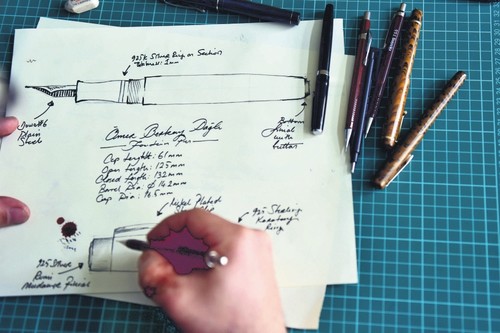 Hard to find an apprentice

Kutluer claims that every pen-maker has his or her own style. "There is only a handful of pen-makers in the entire world," he noted. He also said that every master has his own unique style, adding that his style is typical of Turkish pen makers and reflects the mosaics of ancient Anatolia, the Middle East and Turks. "Turkish style-open is a reflection of our culture. While I couldn't achieve the style I wanted to, I still love the tradition, though it's hard to make the tradition evolve," said the master.

He has a difficult time finding an apprentice. "Pen-making requires a great deal of effort and discipline. You need to offer all you can and attract others to the craft. Unfortunately, there are not any other pen makers in Turkey. Despite this, I would like the pen-making business to become a tradition from India to Romania and from Russia to South Africa. As it is a craft that requires a great deal of skill, it is not easy to find an apprentice to train."