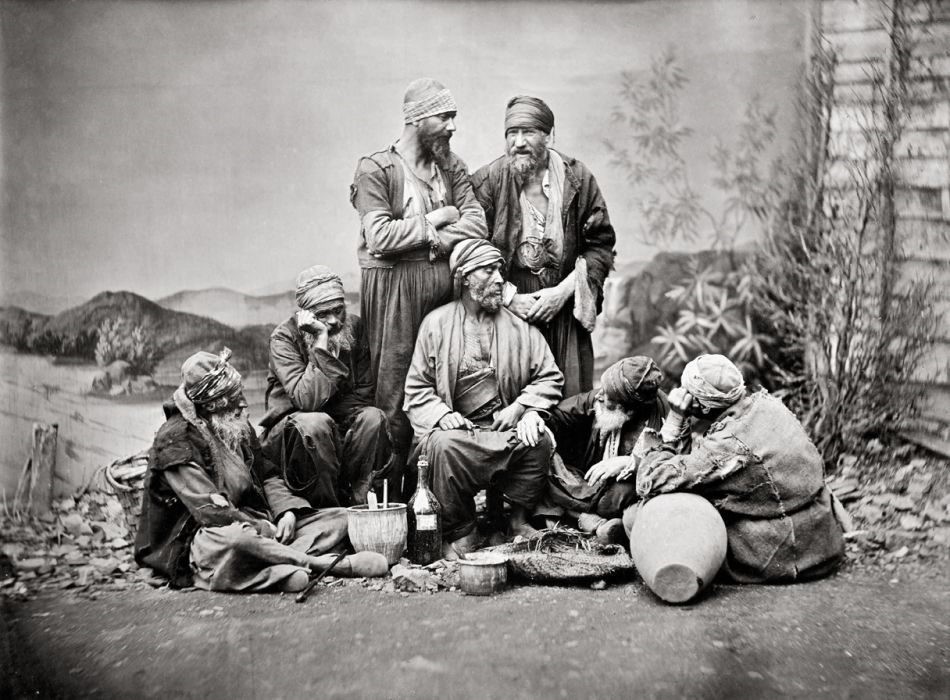 The population of Istanbul, which was not even 50,000 when the Ottomans conquered it, grew slowly due to migration from Anatolia. Through construction and settlement, the Ottomans made their mark on the city, making it the dream city of the empire

Istanbul is one of the largest cities in Europe and the world, today, with a population of over 15 million. In every age, villagers have come to Istanbul and settled, calling it a city paved with gold. This migration exceeded normal following the 1950s after democracy arrived with the multi-party system and transportation systems. This population growth, however, has also brought many problems together.

The Ottomans found Constantinople in a very dilapidated condition after the conquest. After the destruction caused by the Romans who had occupied the city during the crusades two centuries before and remained there for 50 years, Constantinople had not yet been able to recover. Even the treasures and artworks of Byzantium were taken to Europe. Among these, four bronze horse statues (Quadriga Horses) can be seen today in the Basilica of San Marco in Venice.

Since even the palaces in Sarayburnu were destroyed, the emperors sat in the summer palace in Ayvansaray, today known as Tekfur Palace. Even Haghia Sophia, the greatest church in the city, was saved by the efforts of the Ottoman architect who had been sent to the emperor by Sultan Murad II just before the conquest. Since the architect believed that the city would be conquered someday, he prepared the foundations for the future minarets of Hagia Sophia, which was converted into a mosque after the conquest. He reported all this to the sultan on his return to Edirne.

When Constantinople was conquered, its population was not more than 50,000. The population had decreased due to plagues, crusades and fires. Sultan Mehmed II did not seize the city as a spoil even though it was taken by war. He declared that everyone would live in their homes, work in their shops and continue their normal business. It was announced that Christians' freedom of life, property and religion was under protection of law. However, a small proportion of people chose to leave the city.

Sultan Mehmed II, also known as Mehmed the Conqueror, brought people from Anatolia and Rumelia and placed them in empty parts of the city. He gave them abandoned houses and shops. People from Bursa, some of the earliest settlers of the newly conquered city, were placed in Eyüp, while those from Trabzon settled in the area where Bayezid Mosque was later built. Those from Çarşamba in the Black Sea region settled in Çarşamba district of Fatih, those from Tire in Vefa, Kastamonu in the Kazancı neighborhood, Gelibolulu in Tersane, Sinop and Samsun in Tophane, Eğirdir in Eğrikapı, İzmir in Galata, Konya in Aksaray, Karaman in Fatih and Aksaray, Niğde's Ortaköy district in Ortaköy, Üsküp in Cibâli and those from Yenişehir settled in Yenikapı. Others settled in Üsküdar. This part of the city had already been in the hands of the Ottomans for a long time with Turkoman settlers.

No city without merchants, artists

Meanwhile, for the development of trade and craft life in Constantinople, Mehmed II placed master tradesmen in different parts of the city, namely Greeks from Mora in Fener, Armenians in Langa, Kumkapı and Hasköy and Jews in Tekfur Palace and around Çıfıt Gate. "Çıfıt" meant Jewish in Ottoman. Greeks from Trabzon settled in Galata. The sultan placed farmers in the fertile land nearby to provide the city with sustenance.

The Byzantines were allergic to the non-sectarian Armenians, and they would not let them step forward from eastern Anatolia. With the arrival of the Seljuks, Armenians spread further in Anatolia and began to practice the arts they mastered in the cities. Mehmed II established the Armenian Patriarchate in Constantinople and brought about 40,000 talented Armenians to Gedikpaşa with their families from the newly conquered Crimea. Sultan Selim I also brought many Armenians from eastern Anatolia and placed them in Samatya. Thus, the Ottomans made their mark on the city through reconstruction and settlement from the very beginning.

According to the population census conducted at the end of Mehmed II's reign, the population of Constantinople was close to 100,000, reaching 400,000 including Üsküdar, Galata and along the Bosporus during the reign of Sultan Bayezid II. Thus, leaving behind Herat, Cairo and Tabriz, Constantinople became the biggest city in the world until the 17th century. In the meantime, the ratio of Muslims increased to 60 percent, eclipsing the non-Muslim population. Some 75 percent of the population lived inside the city walls, 15 percent in Galata and Eyüp, and the rest in Üsküdar and along the Bosporus.

New residents of the city

Settlement in the city, which was divided into the four districts of Constantinople (inside the city walls), Üsküdar, Galata and Eyüp, continued until the time of the Sultan Süleyman the Magnificent. During this period, many artisans were brought from Damascus and Cairo and placed in Constantinople. To expand the city, the sultan demanded statesmen settle outside the city. Their immediate surroundings and servants settled around their houses, and new neighborhoods were established along with mosques, baths and bazaars. Ayaspaşa, Piyalepaşa and Kasımpaşa were formed in this way.

The coastal people of the western and eastern Black Sea coasts, who had limited lands and opportunities, earned their livings by fishing and baking in Constantinople in winter and returned to their hometowns in summer. They settled in Constantinople as of the 19th century, with the beginning of industrialization. Even today, the origin of many people in Istanbul is from this region.

These later included refugees who fled from Rumelia and the Caucasus. Migration from Anatolia to Constantinople continued. Since Byzantine times, Albanians had worked in the construction of the city, and Kurds in jobs that require power such as porterage. This is why the small stones laid on the streets to avoid mud are called the Albanian pavement. During the Ottoman period, the majority of those who ran boats in the Golden Horn and Bosporus were from Çankırı. Interestingly, Çankırı is not a coastal city.

The butchers of the city were from Erzincan's Eğin district since the time of Sultan Murad IV. Dairy farming and dairy products in the city were handled by Bulgarians and Rumelians from northern Macedonia. Confectioners were mostly from Kastamonu.

In the last days of the Ottoman Empire, military unrest, epidemics and natural disasters such as earthquakes and fires reduced the population. Only 700,000 people were counted in newly renamed Istanbul during the first years of the Republic. It is also necessary to point out that the rate of population growth in the Ottoman era was low, according to records in the archives. In addition to constant wars, child deaths and epidemics, the townspeople were probably afraid of increasingly difficult childbearing and went to population planning.

Following the declaration of the Republic, educated Istanbulites went to Ankara and other provinces as bureaucrats. It is much easier to find true Istanbulites there.

The population of Istanbul exceeded 1 million for the first time in the 1955 census. Greeks, due to Turkish-Greek War, the Sept. 6-7, 1955 pogrom and Greek Cypriot tension in 1963; Jews due to the Property Tax of 1942 and the establishment of Israel in 1948; and Armenians because of various pressures were forced to leave the city. Thus, non-Muslims, who constituted half of the population and served as the sign of multiculturalism, were forced to silently withdraw from the life of Istanbul. The city lost its magic over time due to unplanned growth, leaving behind its status as the dream city of the empire.