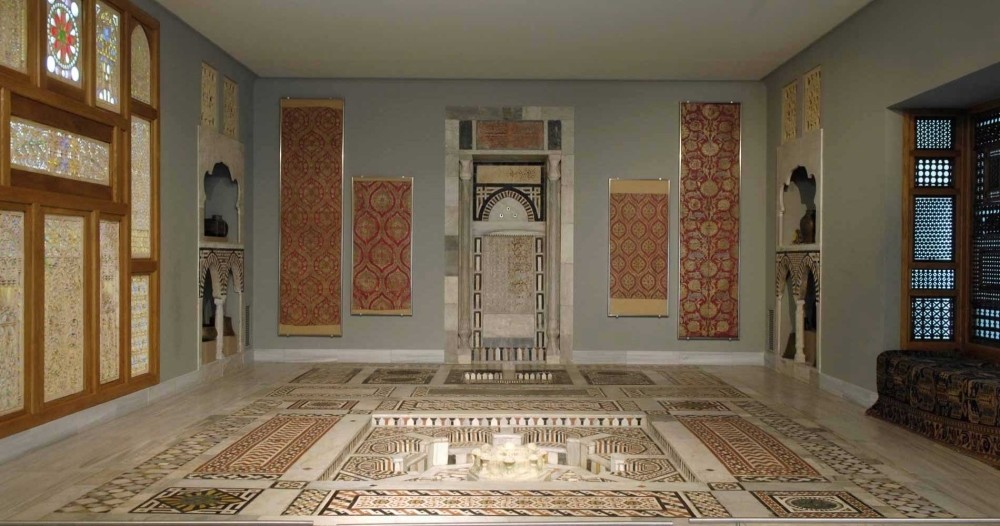 Accusing Islam of being linked to terrorism comes from unawareness and lack of respect and instead of jumping to conclusions without a full understanding, it is best to look at its beauty such as art to overcome religious prejudices

Ignorance is the root of all delusions and is thus the source of all fears. The most effective weapon against ignorance is education and, as Mark Twain said, "Education consists mainly of what we have learned."

The same thing applies to religion. It is unawareness and lack of respect regarding religious values and views that leads to accusations of Islam being linked to terrorism.

Instead of blaming Islam, it would be useful and is more important than ever, to try to depict Islam in a positive manner and show the beauty behind the religion and the huge accomplishments Muslim empires have been able to achieve in history.

It is necessary to view Islamic art not just as a decorative art but also as something that is highly sophisticated and intellectual. The two main reasons that have led to the widespread, stereotypical acceptance of this religious community are: a) systematic one-sided portrayal and b) ignorance of the richness of the polymorphic Islamic culture.

The term "Islamic art" depicts the culture of Islam and is bound not only to religion but also to a way of life, which includes elements of the Muslim faith, such as the decorating of a mosque, to Muslims heritage in the lands where historically Islam has been practiced for centuries.

Islamic culture and its unique artistic techniques as depicted in art and architecture are renowned not only in the Muslim world but throughout the entire world.

In Greece, in the center of Athens is home to one of the world's most significant and best collections of Islamic art. Here, you will surely see the other side of Islam.

The Benaki Museum of Islamic Art is located in the historical center of Athens, among archaeological sites such as the Doric temple of Hephaestus and the Keramikos necropolis.

"The museum opened to the public in 2004 to house the collection that was initially formed by the founder of the museum, Antonis Benakis, during the early part of the 20th century while he was living in Egypt. It was subsequently enriched by donations from other Greek collectors and, today, it contains objects from different parts of the Middle East and North Africa. It demonstrates the evolution of Islamic art; from its first appearance up to the Ottoman period and the corresponding developments leading to the 19th century", the curator of the Benaki Museum Islamic Art, Mina Moraitou, said, adding that "the beauty of Islamic art as well as its language and literature can show that Islamic religion is not only about the hijab."

Exploring the galleries, the visitor first comes across exhibits of the early period, from the 7th to the 12th century. The highlights include a collection of luster pottery, door panels from Iraq, Fatimid metalwork and tiraz textiles. The second gallery exhibits objects from the 12th to the 16th century with Seljuq ceramics, Mamluk metalwork and pottery. The third gallery displays a marble-lined reception room from a 17th-century mansion in Cairo, together with its fountain, qamarriya windows and a mashrabbiya screen. Other noteworthy exhibits include the collection of Iznik pottery and Ottoman textiles. The fourth and last gallery includes arms, armor and an important collection of Qajar jewelry, which was collected by Argine Salvagos, the sister of the founder of the museum.

"The significance of the collection lies in the artistic and historical importance of its objects which in certain instances are unique," Mina Moraitou said, adding that "It is important to know Islamic art."

The Benaki Museum is open to the Greek public and foreign visitors as a unique opportunity to explore the qualities of Islamic design from the former centuries and appreciate the contribution of Islamic art to world civilization. Temporary exhibitions are organized to highlight the different aspects of the culture, to gain a better understanding of this part of the world that has been in a turbulent state for many years.