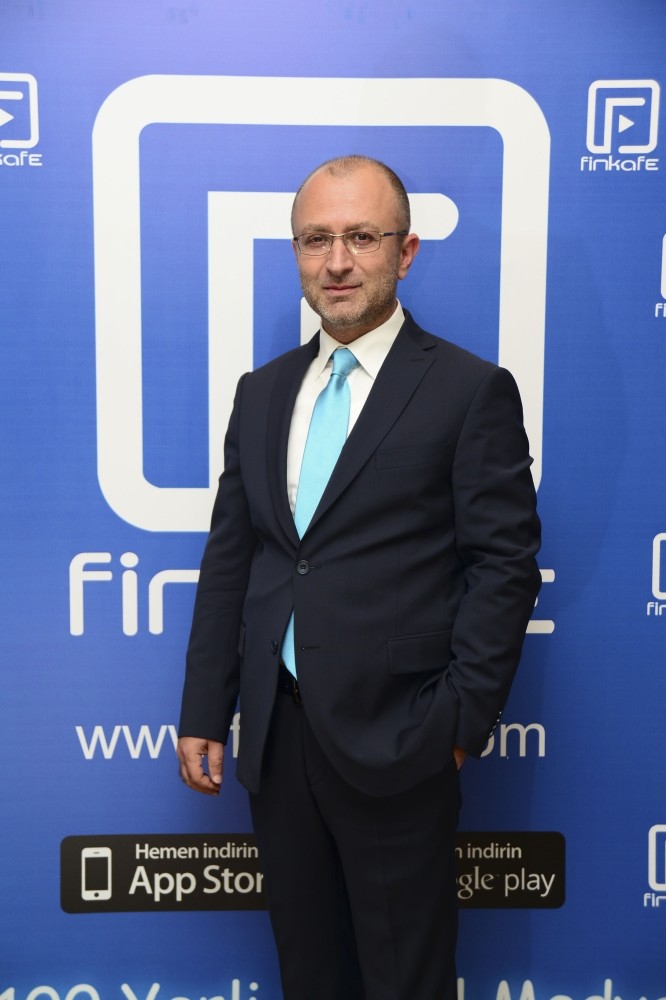 Arif u00dcnver, the founder of Finkafe, was first created as a network for finance world; however, it turned out to be a social platform for every segment of the society.
by Erhan Kahraman
Aug 22, 2017 12:00 am

Fincafe, a social network based in Turkey, offers users a place to share their thoughts while keeping their data secure, bringing new competition for the biggest names in the industry

As Facebook becomes a digital home for more than 2 billion active users monthly, more and more countries have mobilized plans to create their own social networks. As Russia and China already achieved this with Vkontakte and Weibo, respectively, we have seen the ways that a local social network not only enables locals to gain access to domestic, everyday information that is relevant to them and their cities. This is especially important when it comes to addressing legal responsibilities and protecting user privacy.

With more than 52 million users, Turkey is no stranger to social media. Turks love using Facebook, Twitter and Instagram, as well as posting family pictures and finding new friends online. However, all this activity creates next to nothing in terms of value for Turkey as a country. The main revenue of all social media usage goes to foreign companies and, as mentioned before, the private data of Turkish users is stored on foreign servers.

Facebook and any other social networks are here to stay. Yet, as the behavior of social media users becomes more and more sophisticated, users have started searching for different networks to meet their various needs. User privacy, ease of use and access to a more local community are fueling this pursuit.

Founded by a financial services veteran, Finkafe is a Turkish social network with a clear aim: To establish a native and national social media platform. Starting its service on Aug. 26, 2016 with a test run, Finkafe will differentiate itself from other social media platforms with its filtering option. It allows users to subscribe to cafes related to the topic they are interested in and see posts related only to these topics on their homepage. This algorithm, which allows users to follow other users that subscribe to the same cafe, was defined as "revolutionary, a new generation development" by Finkafe founder, Arif Ünver.

Finkafe moves from exclusive to all-inclusive

Ünver is a veteran of the Turkish business world who spent 23 years in the finance sector before becoming the chairman of the Capital Market Investors' Association in 2012, and one of the first official analysts of Anadolu Agency (AA). He also had a keen interest in technology. He told the story of how Finkafe was created as follows: "Initially, we planned Finkafe as a network for the finance world, so that its name would come from the abbreviation of 'finance café.' However, then we changed our opinion and decided to create a platform that applies to all segments of society."

Finkafe is now a corporation with seven partners. At first, they employed an outsource software team but now have an in-house team. The project, which includes academicians who worked for three months to create the algorithm, has almost 50 contributors. Ünver has devoted a lot of time to this project. He said: "I spend working hours devoted to this job, except when I am sleeping. I even work while eating."

Another feature that makes Finkafe different from other social media platforms is security. The company has certificates that may be received with competency tests for user privacy and data security. It also has artificial intelligence and big data certificates. Additionally, they are against bot accounts. "We want Finkafe to be a platform that consists of only real people," said Ünver. He also stated that this is an important advantage for security and reflecting the truth. On the platform, which includes prompt security inspection upon receipt of complaints, questionable posts are intercepted within the limits of the law. At this point, the absence of bot accounts is a big advantage.

The initial feedback regarding Finkafe was quite positive, and the filtering option was highly appreciated. The most important aspect is that the site servers are also based in Turkey. Ünver summarized this concept by saying, "We covered 75 percent of the distance our rivals covered in 10-15 years in a single year, and we can catch up with them in many aspects within a year."

At the same time, Ünver states that the Turkish people love social media and that Turkey is a very important market. He also noted the disadvantages of foreign social media networks collecting data on foreign servers and went on to point out the importance of increasing awareness: "The risk of information security is in question. In this regard, Finkafe is very important and needs to be backed by the Turkish community." Ünver also said the economic interests of the country may be a reason why the Turkish people prefer Finkafe.

In the upcoming period, a live broadcast option, a separate data center, as well as innovations that offer flexibility in design are expected, and the technological developments are scheduled to be available to users as soon as possible.

Ünver notes that their main goal is to contribute to the economic interests of the country: "Our aim is to offer Finkafe to the public user base and to provide services to our government." Stating that they aim to serve the Middle East, the Arab region as a whole and the Turkish people in European countries, especially Turkic republics, within a short period of time, Ünver also stated that they aim to gain more than 100 million users and want to be a permanent competitor in the market.