Gülenists no longer welcome in Kazakhstan 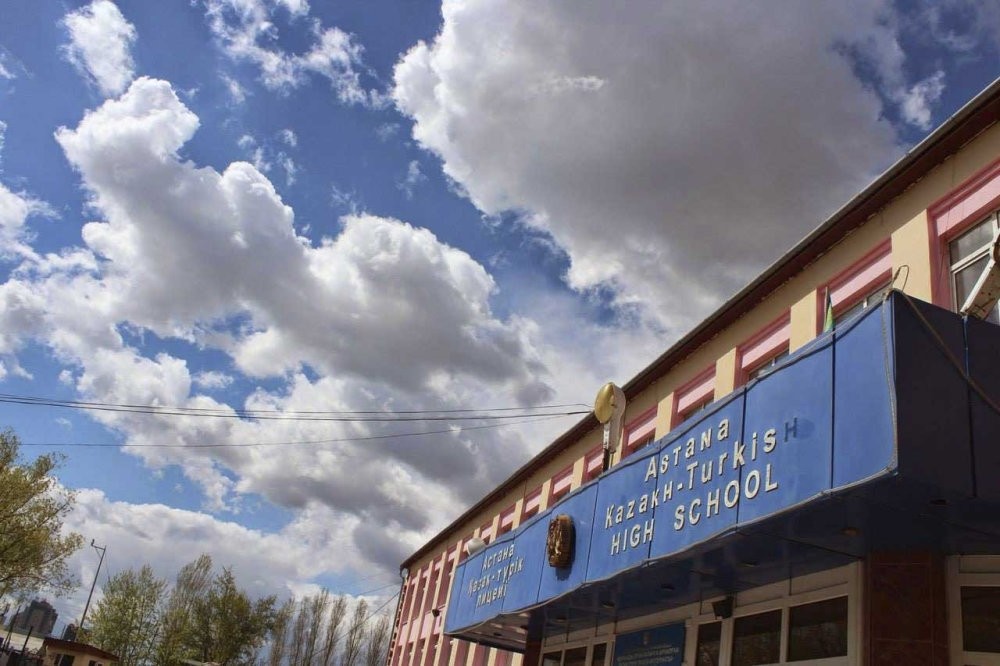 The picture shows the Talgar High School in Almaty, which has been transferred to the management of the Maarif Foundation.
by Talha İnanç Aug 23, 2017 12:00 am

Out of respect for the warm relationship between Turkey and Kazakhstan, Astana has shut down 27 out of 30 FETÖ-affiliated schools in the Turkic country that still experiences lingering Soviet pressure on its cultural and religious freedoms

The ex-Soviet country of Kazakhstan has been one of the Central Asian countries ripe with Gülenist Terror Group (FETÖ) activity since the historical, cultural and religious relations with Turkey were restored after its independence in 1991. Taking advantage of the countries' close ties, FETÖ exploited the sympathy of the Kazakh government and its people. FETÖ, whose members infiltrated state organizations over several decades and attempted to overthrow the government through a coup attempt last year in Turkey, has benefited from the opportunities offered by the Kazakh government and its people by imitating Turkish culture and values.

Kazakhstan is a multi-ethnic, landlocked country with a healthy supply of uranium and natural gas. Kazakhs are descended from Turkic people and speak the Turkic language Kazakh. Its population is predominantly Kazakh, but a considerable amount of the population, around 30 percent, is Russian. There are also Uzbeks, Uighurs, Tatars and Europeans living in the country. 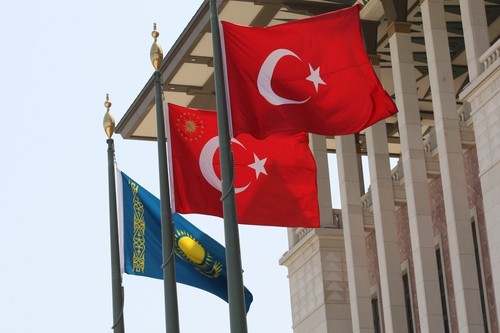 Turkey is the first state that recognized Kazakhstan as an independent country. Just 20 minutes after the country declared its independence, then Turkish Prime Minister Süleyman Demirel called Kazakh President Nursultan Nazarbayev and congratulated him on their break from the Soviets. Soon after, Kazakhs started to rediscover themselves culturally and religiously after the decades-long Soviet oppression. Turkish governments have tried to strengthen its relations with Central Asian countries after the disintegration of Soviet Union's communism that had left them exceptionally isolated. During the Soviet era, Kazakhs were mostly banned from practicing their religion and from historical sites, including the shrines of prominent Sufis, which were kept closed or destroyed. The independence and Turkey's warm approach quickly changed the atmosphere. However, FETÖ, taking advantage of the warm relations, opened more than 30 schools in Kazakhstan to carry out their activities and to influence the Kazakh state with strategic graduate placement. Despite FETÖ's propaganda against the Turkish state, the Turkish government, President Recep Tayyip Erdoğan and the Kazakh government pledged its support to Turkey against this terror group after the July 15 coup attempt. As a result, the Kazakhstan government closed a total of 27 schools affiliated with FETÖ in 2016, a major blow to the terror organization's presence in the country.

Daily Sabah had a chance to discuss this situation with Mehmet Kutalmış, the deputy rector of Hodja Akhmet Yassawi University, a school founded in 1991 and a partner school of Turkey. During the 1994-1995 academic year, the university started to receive applications from Central Asian countries. Professor Kutalmış said the relations between Turkey and Kazakhstan have drastically improved and only continue to get better. Pointing out the Kazakhs' admiration for Turkey, he said Turkey could play a very efficient role in the education sector. Underlining the needs in education, he added that Turkey could found high schools and more universities, which will fill a gap in the country by delivering quality education. He said Turkey and Kazakhstan have a deep connection, and thanks to the Kazakh students' annual visits to Turkey for studying, can pave the way for more improved relations in the future.

Concerning the current FETÖ situation, he detailed the sharp decline of the cult in Kazakhstan after the closure of their educational establishments in both Kazakhstan and Turkey. He added that most of its members in Kazakhstan have left the country for other Central Asian countries where the cult still has members in bureaucracy.

Besides the educational and cultural issues, Turkish brands also demonstrate Turkey's discernible economic presence in the country. Most influentially seen in the construction field, Turkish firms are prominent and highly sought after. The country is located on the historical Silk Road and has significant potential for improving trade in the region. In fact, several of its cities are parts of the Chinese project for renewing the Silk Road, the Belt and Road Initiative, a project that also includes Istanbul.